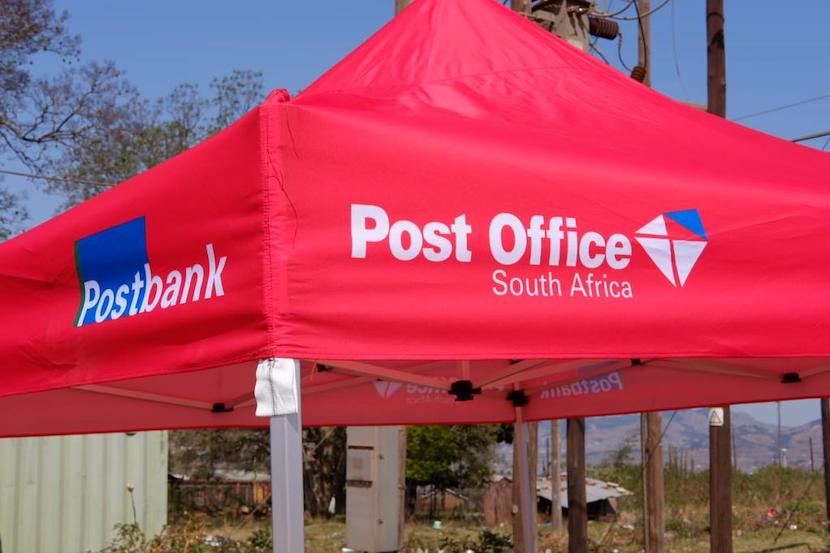 The South African Post Office is currently in the middle of a legal battle, challenging the right of courier companies to deliver packages that weigh 1kg or less. In an earlier article published on BizNews, a lawyer representing PostNet and the South African Express Parcel Association remarked that if the Post Office and ICASA are successful in this battle, it could have “devastating consequences.” It’s common knowledge that the SA Post Office has been running at a loss, with Ivo Vegter writing below that it has done so, alarmingly, for 13 years running. While their claim is legal, the author notes that “the law’s insistence on a monopoly for the Post Office causes genuine harm to the people of South Africa.” Vegter says an amicable solution – “in the absence of a realisable free-market solution” – is to impose a tax on couriered items. He writes “it is a relatively low-cost way to satisfy the interests of consumers, courier companies, and the Post Office itself.” – Jarryd Neves

After years of turning a blind eye, the South African Post Office is now challenging the right of courier companies to deliver packages of 1kg or less. In law, it’s right. In principle, far from it. I propose a compromise.

As a young lad, I was taught how to write and send a telegram. I never did get to apply this skill in the real world. Like much of the Post Office, it is a service which has become obsolete.

A large and ever-growing amount of correspondence has been liberated from the Post Office by digital technologies such as email.

We don’t write letters anymore, because everyone we know and care about is on social media, where they can learn far more about us, far more quickly, than they could from occasional letters.

Businesses prefer to email bills of account, because doing so is cheaper, faster, automated, and more likely to be noticed and acted upon by customers.

All of this eats into the potential revenue of the Post Office. It sells fewer stamps, so it makes less money. Already, many countries issue stamps mainly for the benefit of philatelists, and even the philatelists are a dying breed.

On the flip side, having to deliver less mail reduced some of the costs of the Post Office, but since its mandate is to maintain a delivery service to every chicken shack in the country, its costs do not decline linearly with volumes.

In the last three decades, a new industry has arisen in South Africa, which has taken even more business away from the South African Post Office. It exists solely because the Post Office is failing in its mandate to deliver packages safely and speedily.

The Post Office runs at a catastrophic loss, nowadays, and has done so for 13 years running. Since its losses began to exceed R1 billion in 2018/19, it stopped reporting them in its ‘financial highlights’ summary. Its latest loss came in at a whopping R1,77 billion. It expects losses to exceed R2 billion the next time it publishes an annual report.

The Auditor-General’s report contained in the 2019/20 annual report is a litany of failures, including that the Post Office is commercially insolvent, and it could not be determined whether it is still a going concern.

Now, a protracted case in which the Post Office is asserting its right to a monopoly on all post and packages weighing 1kg or less against PostNet, a network of private courier and related services franchises, is heading to court.

A 2019 ruling by the Independent Communications Authority of South Africa (ICASA), the regulator for the postal and telecommunications industries, had instructed PostNet to cease delivering small packages by 17 March 2020, but the company obtained an interdict pending a full challenge in the Gauteng High Court.

Why exactly PostNet feels it will be successful is anyone’s guess. If the court’s duty is to interpret the law, then it has only one option, which is to endorse ICASA’s ruling and grant the Post Office’s monopoly claim.

It has not been legal for courier companies to carry letters and parcels of less than 1kg since the Postal Services Act was passed in 1998. That act has detailed schedules attached to it which define exactly which services are ‘reserved’ (that is, the sole domain of the Post Office), and which services are ‘unreserved’ (that is, may be offered by licenced courier companies).

It reserves unto the Post Office the delivery of all letters, postcards, printed matter, small parcels and other postal articles up to and including 1kg, and not exceeding the dimensions of a box of 458mm by 324mm by 100mm, or a cylinder of 458mm in length of 100mm diameter.

Exceptions to this rule are limited, but include newspapers and periodicals, advertising pamphlets, and legal documents. Oh, and pizza. The Post Office doesn’t insist on delivering pizza.

The act which restructured the Post Office in 2011 does not repeal these provisions.

Lost and not found

That doesn’t mean the idea is morally right, however. Whenever government grants an entity a monopoly, it has the injurious effect of prohibiting competition. PostNet is what the Post Office could, and should, be.

Customers of the Post Office have had to put up with postal delays, or even the total loss of packages. This is why private sector competition emerged in the first place: although courier companies charged a far higher price, customers could be sure they would deliver. Especially with small but valuable packages, that made them indispensable.

So someone is lying through their teeth.

Whatever the true state of affairs, a sub-90% delivery rate is still atrocious. That means that more than 10% of all packages sent via the Post Office never arrive.

I am no import/export company, but I did order a dozen or so items from overseas a few years ago, via the Post Office. I had to visit the Post Office on a weekly basis, in person, with tracking numbers, to help matters along. The process took three months. By the end of it, three of the items, worth thousands, had still not been delivered. Since they were now too late to serve any useful purpose, I wrote them off as lost forever.

Ever since, I resolved not to buy anything that is shipped via the Post Office. If the Post Office is successful in enforcing the law, I will drive long distances to package collection points when ordering anything valuable online.

The law’s insistence on a monopoly for the Post Office causes genuine harm to the people of South Africa.

The Post Office will argue that its mandate, to deliver mail anywhere in South Africa, is not commercially viable. That is only true because it doesn’t charge cost-recovery rates to do so. If you live far away from urban centres, you should expect your deliveries to take longer, and cost more.

On a purely free-market basis, it would be entirely feasible to consign the Post Office to the ash heap of history. Reduce it to a shell for citizens to interact with various government bureaucracies and leave all mail services to the private sector. Since there are moneyed interests who need to reach all South Africans, no matter how remote they are, these private services will inevitably reach everyone.

There is zero chance that this will happen, of course. Instead, an enterprising individual could manufacture lots of small steel plates, measuring 215mm wide, 105mm tall and 6mm thick. These would fit into a standard DL-sized letter envelope and weigh fractionally over 1kg. There might be another metal that would give a better price-to-weight ratio. Adding such a makeweight to any small package would take it out of the Post Office’s uncertain grasp.

There is a more rational compromise, however, that will keep the Post Office afloat to serve its mandate of delivering mail to all South Africans, while liberating customers from the risk of delays and losses that the Post Office seems powerless to prevent.

Instead of requiring the Post Office to carry packages below 1kg, amend the law to let courier companies do so, at the expense of a levy equivalent to whatever postage the Post Office would have charged for the same delivery.

This means the Post Office loses no revenue to courier companies and doesn’t even incur the cost of delivery. One can order an expensive gadget online, and still get it delivered by a fast and reliable courier, at a marginally higher delivery charge than one would ordinarily pay.

My fellow libertarians will crucify me for suggesting a tax on couriered items, but in the absence of a realisable free-market solution, it is a relatively low-cost way to satisfy the interests of consumers, courier companies, and the Post Office itself.

Government is intent on keeping this 20th century dinosaur alive. Let’s at least figure out how to let it do so without sacrificing our freedom to send small packages efficiently and without a high risk of loss.