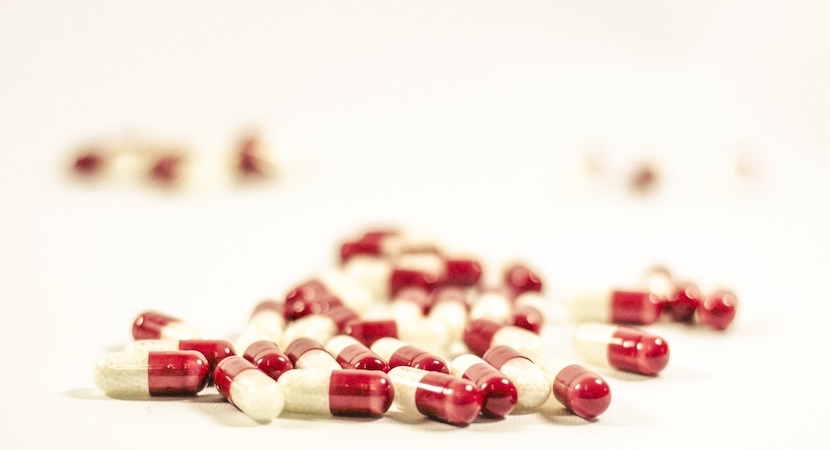 Many commentators often bemoan the profitability of “big pharma”, but the voices have grown considerably since the advent of Covid-19 and the subsequent vaccine. Many have said that large pharmaceutical companies view the pandemic as a business opportunity, a situation they need to take advantage of in order to make money. While they’re far from innocent, freelance journalist Ivo Vegter notes that “if there weren’t any profits to be made from producing a Covid-19 vaccine, there would be no reason to invest the capital into researching such a product, and in risking one’s corporate reputation upon its success.” Vegter notes that pharmaceutical companies have done no harm in “pursuing vaccine production for profit.” – Jarryd Neves

In a wide variety of social media-fuelled half-truths, memes and conspiracy theories, the greedy profiteers of the pharmaceutical industry play a pivotal role. The entire world’s elite is conspiring to make them rich, so the story goes.

So-called ‘Big Pharma’ has long been the butt of leftist screeds about its supposed greed, especially when discussing problems such as over-prescription of antibiotics, the opioid crisis in the US, the high prices of insulin or epinephrine pens, or the occasional (but rare) drug failure.

A video entitled ‘Plandemic’ went viral in May last year, claiming that SARS-CoV-2 was engineered in order to provide shadowy global elites with a cover for mass vaccination by big pharma profiteers. Its core talking points were quickly picked up and amplified by QAnon conspiracy theorists, far-right racists, and anti-vaxxers. The film was widely suppressed, but is still available here. Science magazine did a good job debunking it.

‘One of the biggest scandals in US history is the ongoing collusion among Democrats, Dr. Fauci, the FDA chief and Big Pharma to suppress cheap effective treatments for Covid 19 to protect the profits of Big Pharma,’ writes a probably pseudonymous author on a white supremacist site.

Left-wing intellectual Noam Chomsky sarcastically quipped: ‘We’ve got to make sure that they make exorbitant profits, even if we kill ourselves.’

‘The mainstream media is now openly signalling to the world that the Wuhan coronavirus (Covid-19) is here to stay because of all the money it brings in for the elites,’ the same site yells elsewhere.

‘It is abhorrent that big pharma is profiting from a vaccine when so many are dying from coronavirus,’ opines a letter-writer in the UK Independent.

Rolling Stone magazine, over an ominous image of a vulture medicating a patient, promised to explain ‘[h]ow the race to develop treatments and a vaccine will create a historic windfall for the industry – and everyone else will pay the price’.

Perhaps the Rolling Stone editors didn’t see the inherent contradiction in a vulture offering to treat the illness of what would otherwise be its lunch.

The socialists, predictably, whined about ‘bumper profits’ for the pharmaceutical industry.

It’s not just the far-right or far-left that have united to bemoan the profitability of pharmaceutical companies, however.

Even the usually free-market-oriented Forbes magazine chimed in with an article explaining ‘how the Covid-19 vaccine injected billions into big pharma – and made its executives very rich’.

All this moral outrage and conspiracy theorising raises some fundamental questions. First, is it a bad thing that pharmaceutical companies profit from producing vaccines, and second, are they really raking it in, as alleged?

If there weren’t any profits to be made from producing a Covid-19 vaccine, there would be no reason to invest the capital into researching such a product, and in risking one’s corporate reputation upon its success.

The purpose of a company is to make money for its shareholders. This is a simple extension of the principle that the purpose of an individual’s work is, largely, to provide an income to satisfy their wants and needs.

A company can only make money if it satisfies the wants and needs of customers. It can profit only by serving society. Therefore, a company’s profit is a direct reflection of the extent to which it has served its customers well. Profit is the other side of the coin of the benefit derived from a company’s products by its customers.

In the case of Covid-19, the benefits of a vaccine being available are very significant. Not only do they save lives and prevent serious illness for individual vaccine customers, but it also produces very substantial societal benefits, in limiting the expense of public healthcare and reducing the (perceived) need for various lockdown measures.

If billions in profits for pharmaceutical companies can get the global economy going again, then that would be billions extremely well spent.

It is worth noting that those pharmaceutical companies that have succeeded in bringing vaccines to market to date have performed an extraordinary feat. Never before have vaccines been developed as rapidly, to serve such an urgent need. Entirely new technologies were tried, tested and proved, to make some of these vaccines possible.

All that hard work certainly merits reward, and the reward ought to reflect the risk that these firms took.

So from a moral perspective, not only is there nothing wrong with earning substantial profits from a substantial effort that brings customers substantial benefits, but it is an essential motivating factor for any company to produce anything. If there’s no money in it, it simply won’t be produced.

Without the possibility of significant profits, companies might instead have ignored the great need, and the social and economic carnage that the pandemic was causing. They might have chosen to instead focus their energies and direct their capital not on addressing a global crisis, but on producing some other drug that promises to be more profitable than a vaccine.

That would have made those who need the vaccines, as well as the global economy in general, substantially worse off than they are now.

The belief that vaccines are somehow magical profit-generating machines is, well, curious, to say the least. If an unscrupulous pharmaceutical industry really wanted to rake it in, they would have chosen not to produce vaccines that are given in one or two doses, but instead made a mint supplying the drugs needed to treat hundreds of millions of sick people.

It’s curious that the same people who claim that ‘Big Pharma’ has a cure for cancer but isn’t releasing it because it makes more money treating cancer, turn right around and accuse them of profiteering when they produce a vaccine against a respiratory virus.

Notably, a number of the new upstarts that this pandemic has produced, like Moderna and BioNTech, are applying their newly-proven technology to developing vaccines for various cancers, and other hitherto intractable diseases like HIV/AIDS.

So much for the ‘profiteering from treating disease rather than preventing it’ myth.

What’s worse, vaccines are also less profitable than non-vaccine drugs. The actual profits from vaccines, of about $2,2 billion in 2019, spread over dozens of pharmaceutical companies, are little more than a rounding error.

As we’ve established, they’d make more money from treating vaccine-preventable diseases than from producing vaccines. It is hard to imagine greedy industry execs rubbing their hands plotting a profit-making strategy by engineering a global pandemic that requires vaccines.

Covid-19 vaccines did, of course, change the arithmetic slightly. There are indeed pharmaceutical companies that stand to profit handsomely from the race to produce them. However, there are only a few winners in this race, out of more than a hundred early contenders. As an industry, drug companies didn’t do so well on average.

In fact, based on data that’s about a month old, pharmaceutical stocks have underperformed the overall market significantly over the previous 12 months (mid-2020 to mid-2021). The total return of US pharmaceutical shares over the period was 17,2%, compared to the broader market’s 34,8%.

Pfizer, to take one example, is trading 11% below its November 2018 peak, despite the pandemic boost. Johnson & Johnson is trading about 15% higher, which is hardly spectacular over a period of two and a half years.

On top of that, much of the industry’s stock market performance is due not to stellar vaccine profits, but to a stock market bubble fuelled by vast amounts of newly-printed money.

Sure, the few pharmaceutical companies that produced successful vaccines have made significant profits as a result. With billions of vaccines being sold, that is not surprising. For a few small companies, like Moderna and BioNTech, they were breakthrough products, turning them into multi-billion dollar businesses almost overnight.

However, those profits aren’t all they’re cracked up to be, in the greater scheme of things. It remains to be seen if Covid-19 vaccines can lead to sustainable revenue streams over time. The vaccine makers hope so, of course, but it seems unlikely, even for the handful of successful firms, that 2021’s performance can be reliably repeated in future years.

This may be why investors, far from being overjoyed at their supposed windfall, are less than enthusiastic with the performance of the larger drug companies. They love the high-growth startups, of course, but they’re not so enamoured with ‘Big Pharma’.

Pharmaceutical companies, for all their faults, have done nothing wrong in pursuing vaccine production for profit. Without their profit, we wouldn’t have any vaccines to fuel the conspiracy theories.