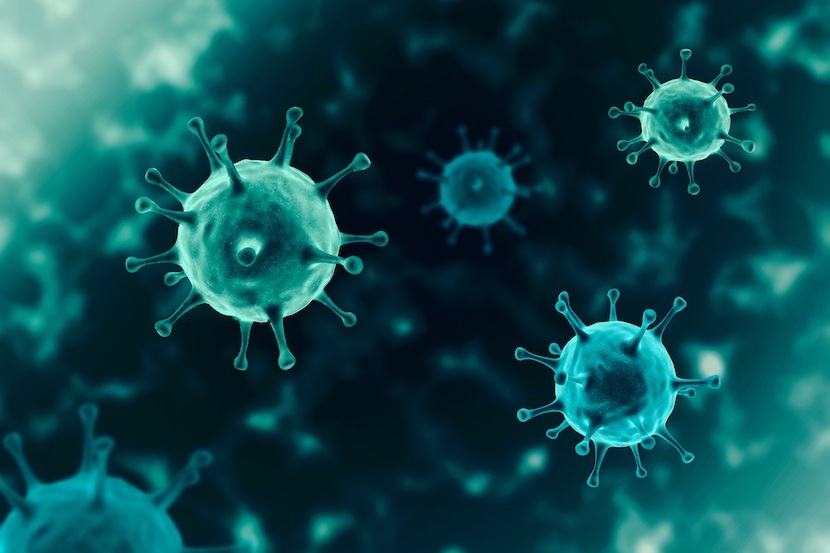 Former Sunday Times SA editor Brian Pottinger writes below that the moment of truth for Covid-19’s “orthodox narrative” has finally arrived. Pottinger notes that the majority of authoritative reports from the UK and US indicate “declines in either absolute terms or in five-year average increments” in the categories of various life-threatening illnesses, such as cancer. In preparation of a Covid-19 outbreak, health care cover was halted for many in 2020. Pottinger notes that in NHS hospitals alone, over 440,000 medical procedures were postponed last year. “It is scarcely possible that mortality numbers in these categories could suddenly and inexplicably decline, absolutely or relatively.” The author questions the number of deaths attributed to Covid-19 and asks an important question – how benefits from this narrative? – Jarryd Neves

Brian Pottinger wrote States of Panic: Covid 19 and the New Medieval a year ago. He revisits the issues first raised in his book in the light of events and finds that while the virus was always serious, its orthodox narrative is unravelling.

The moment of truth for the Covid-19 orthodox narrative was always going be the release of the 2020 global mortality numbers. They are now emerging.

First, the most authoritative reports so far from the United Kingdom and the United States indicate declines in either absolute terms or in five-year average increments in the categories of cancer, asthma, bronchitis and emphysema.

Amidst massive withdrawal of health care cover in 2020 due to the panic response to the Covid-19 outbreak, it is scarcely possible that mortality numbers in these categories could suddenly and inexplicably decline, absolutely or relatively. More than 440 000 procedures were after all postponed in National Health Service hospitals alone in 2020. 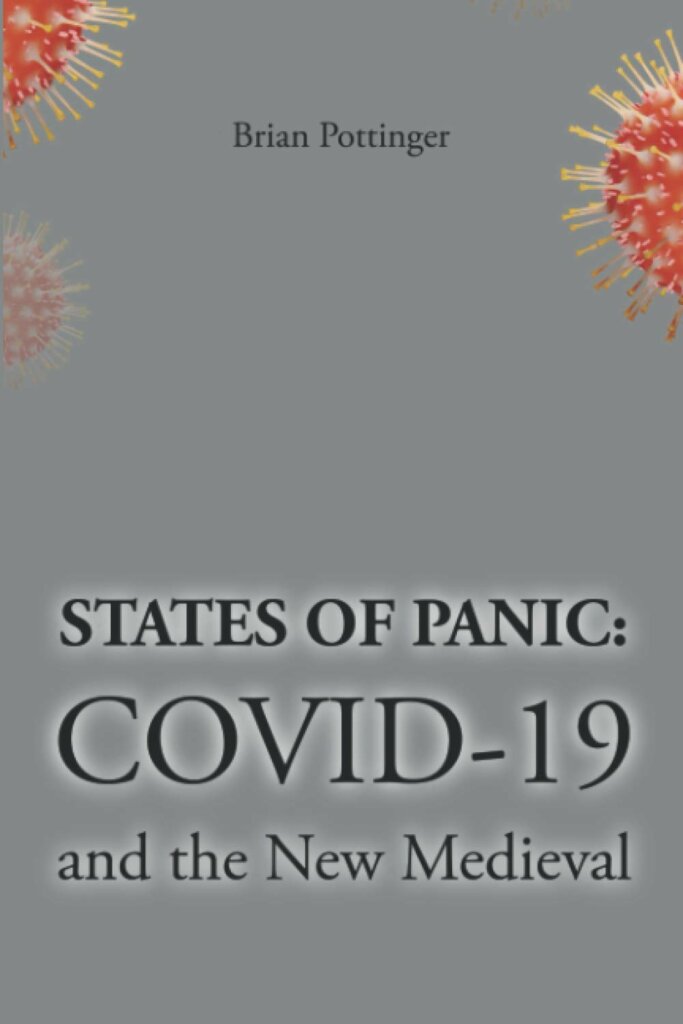 The obvious conclusion is that deaths from these conditions were enlisted for Covid-19 in a classic statistical body snatch.

That this should happen was entirely predictable given the systematic abrogation of time-honoured reporting and verification processes by the World Health Organisation (WHO) and the Centres for Disease Control (CDC) during the outbreak and especially after.

Within weeks of the outbreak last year, the WHO had ditched standard requirements for laboratory verification of viruses before cases could be categorised as “confirmed”: guess work by front-line clinicians were good to go and would automatically be termed confirmed.

The defining criteria of olfactory and taste disorders were early dumped and all “clinically compatible illnesses” i.e. all coronavirus infections, qualified as possible and therefore “confirmed” Covid-19 infections, although of all coronaviruses, only Covid-19 could be entered as a cause of death in terms of CDC protocols.

As fatality numbers started falling alarmingly below the epidemiologists’ fantasy predictions by the end of the northern coronavirus 2020 season, the clinical criteria for the virus were suddenly expanded by the WHO and CDC on the flimsiest evidence to include alimentary and even mental disorders.

The concept of “direct route to death”, meanwhile, established that anybody with a Covid-19 infection, whether active or not, yesterday or six months ago, who died from any cause other than trauma, ran the risk of being termed a Covid-19 fatality.

With over 200 million reported Covid-19 cases to date, it is no surprise the numbers underlying the “second” and “third” waves of variants of SARS CoV-2 are so steep… and challengeable. The Wuhan-strain of the virus that got us all locked up expired in June last year and many of the subsequent strains and other reassortant viruses have no phylogenetic connection at all to the original strain but many victims nevertheless ended up being classified Covid-19.

The price for this contempt of traditional and meticulous reporting methods is now coming home to roost. The NHS, first off, has fessed up that one in four of its Covid-19 hospital admissions were being treated for other conditions: a development virtually ignored by mainstream media.

The WHO, meanwhile, facing numerous court actions worldwide, has taken to posting epic disclaimers on its dashboard as to the reliability of its own numbers, blaming all errors on the reporting agencies. It also now admits that its “confirmed” dashboard death toll, i.e. confirmed by laboratory testing, is nothing of a sort: it includes likely and suspected, as we have known from the beginning

The second noteworthy thing about the 2020 mortality numbers is the steep rise in certain categories of illness such as heart diseases, Alzheimer’s and diabetes, almost certainly the result of the withdrawal of medical cover in 2020 in expectation of a deluge of Covid-19 cases that never arrived.

Suicides and what in the US is called unintentional injuries (including drug overdoses) are also up. Here then is to be found the roll of collateral damage, the victims of friendly fire, done in by the extreme and unnecessary containment measures that have characterised the outbreak.

That raises the third aspect of the mortality numbers currently to hand: the vexed question of Excess Deaths which has become the last refuge for defenders of the orthodox narrative, even as all else crumbles.

In the United Kingdom 91 105 more people died of natural causes than in 2019. In the United States the number is 503 976. Predictably, all are attributed to the ravages of Covid-19.

Not so: strip out the five year annual average increment in fatalities; take away the rolling five year average of Excess Winter Deaths (these occur routinely in the coronavirus seasons and represent the number of deaths above normal and in the UK reached 50 000 in 2017-2018); control for overstatement of Covid-19 numbers through misdiagnosis and further reduce for best estimates of non-Covid-19 deaths in the Excess Deaths, which can be done by simply comparing 2020 numbers in each category with the previous five-year average.

What does one get? A baseline of 25 000 deaths in the UK and possibly 250 000 in the United States by end 2020 that can reasonably be directly attributed to Covid-19 complications during the year. That amounts to approximately 2.5 times more than a normal influenza season and equals the severe influenza outbreaks of 1957 and 1968 in severity and fatalities (about four million globally during the life of the outbreaks).

The global fatality rate as of August this year, if we accept the WHO’s and subsequent modelling that suggests there are eight times more cases than reported, gives a global fatality rate of between 0.20 (with control for overstatement of deaths) and 0.26 (without) although naturally there were major local variations depending on time and population. This is within the range of earlier severe decadal outbreaks and accords with the values many independent epidemiological investigations were reporting early in 2020. All were hysterically denounced by the alarmist lobbies and vested interests at the time.

So now we know what we knew early in 2020 but the “experts” clearly did not:  Covid-19 was a serious coronavirus outbreak that deserved mitigation and intervention but it was no worse than the infections of 1957 and 1968, afflictions which the species survived without having to close the world for the first time in 700 years outside world war. The consequences have been ghastly.

The numbers are only one challenge to the foundation beliefs of Covid-19 once so arrogantly and dismissively defended by the WHO and CDC acolytes.

Credible and empirical counter-balancing evidence is now available that total lockdowns failed to achieve its aims and incurred immeasurable economic, social, political and personal trauma. Sweden opted for minimum effective containment measures and now is running some of the lowest infection and fatality rates in Europe.

The American experience shows almost no correlation between severe lock-down states and open ones, demonstrating again the fallacy of trying to contain a 21st century pandemic by drawing fatally erroneous academic lessons from a 1918 pandemic. The key vectors of Covid-19, we now know, were climate, communication routes, population concentrations and health and age of populations (the catastrophic levels of obesity in the UK and USA populations being foremost). The one-size-fits-all solutions were grievously wrong.

A vigorous scientific debate is now also underway about the efficacy of mandated masks, about vigorous intubation, about the true occupancy levels of high care beds during the outbreak and about the extent to which the expulsion of Covid-19 infected patients from hospitals to old age homes to make way for an expected deluge of viral infections did not in effect create the deluge. Even the origin of the virus is now up for debate: natural, accidental or inspired.

The Real Time-Polymerase Chain Reaction (RT-PCR) testing system, gold standard of Covid-19 testing tools, is meanwhile to be discontinued after December 2021 by the CDC.

It insists this is because better applications are available and claims there were no problems with RT-PCR, which belies a wealth of scientific research claiming high levels of false positives and negatives. The ditching of RT-PCR of course nothing to do with the class actions now being accepted by the courts in various jurisdictions which will test the appropriateness of a testing system which contributed so much to the felling of great economies and societies.

In short, virtually every element of the orthodox narrative of Covid-19, so ferociously, indeed hysterically, defended by its proponents, is now in serious scientific contestation. Yet on such uncertain, indeed fabulous, science were the developed world’s political elites panicked into embarking on catastrophic containment measures.

How and why did this happen?

One does not have to be a conspiracy theorist (and should not be) to ask the obvious question. Who benefits?

The short list of the usual suspects must include Big Bureaucracy (including WHO and CDC) who have massively increased their budgets and power; Big Politics which has shamelessly used the panic to normalise authoritarian controls once unthinkable; Big Pharma, delivered one last bite at the Big Cherry after serial adverse ethical findings against them in courts of law, challenges to patent rights and the threat of generics from China and India and, last but certainly not least, Big Tech, which hugely advanced its programme of creating an atomised world in which we are all supine and spied upon users of their products to procure goods, socially engage, learn, amuse ourselves and conduct business.

Not by chance were Big Tech and its communication channels the most egregious suppressors of all dissident views about the nature and severity of Covid-19, actions probably unequalled outside totalitarian systems.

But if the beneficiaries’ interests in driving the Covid-19 orthodox narrative may be discernible, the actions of two other sets of players are not. Science and with rare exceptions the media, failed an historic mission to be objective, measured, prudent, critical and open-minded at a time of great social trauma. They became instead the praise-singers for, and facilitators of, the most egregious abuse of human rights in recent history. For them too, the moment of truth is at hand.

States of Panic: COVID-19 and the New Medieval by Brian Pottinger is available on Amazon (Kindle and print), Smashwords ebooks and Takealot.