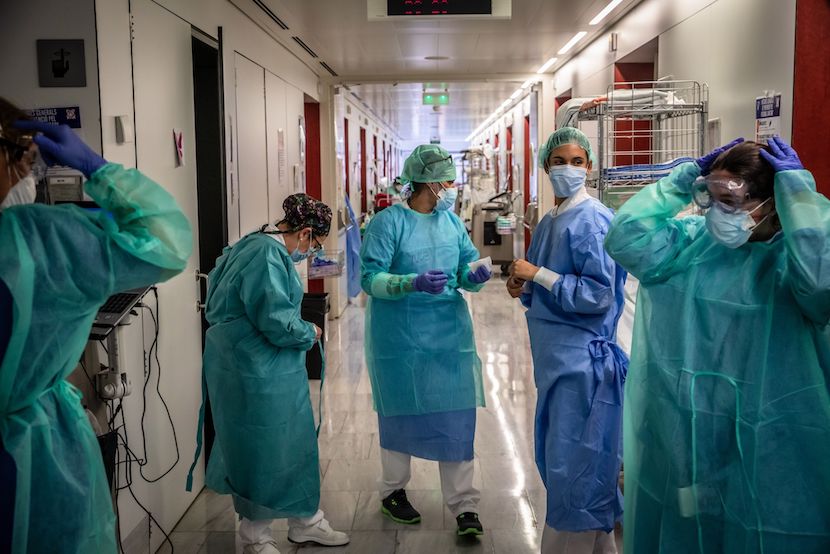 Expectations were set high before South Africa’s 2021 MTBPS. However, more of the same narrative was delivered. As a result of the state of the country, expectations were high with regard to relieving poverty and inequality. Again, those expectations were not met. It is a known fact that budgets on their own are not the solution to structural issues, for example, how the state is run. Another issue is that reducing the wage bill does not address or draw attention to the poor management or budget execution but rather increases the execution risk. Two of the main issues in SA are poverty and inequality and that should be the country’s focus. Another issue the country is facing is the toll the pandemic took on socio-economic life, including the health sector. The Minister of Finance, Enoch Godongwana, was expected to touch on the government’s plan to mitigate the impact Covid-19 had on the country’s health system. Government has indeed invested in mitigating the risks. For example, the introduction of the social distress grant, reducing interest rates, as well as tax incentives to all the businesses most affected by the lockdown. Government succeeded in procuring vaccines and mitigating Covid-19 risks, however, it was not enough. More than 265,000 people died between March 2020 and November 2021 and these were just the statistics when compared to the deaths from natural causes in previous years. It has been reported that this is more than three times the number of Covid-19 deaths that were officially reported. In order for the health system to run effectively, it is dependent on several factors. These include the delivery of health services, the burden of disease, the outcome of interventions and advances on equity, and, more importantly, limiting out-of-pocket expenditures. – Lisa Bester

South Africa’s health system is on its knees: the budget offers no relief

South Africa’s 2021 medium-term budget policy statement was more of the same old narrative. It didn’t speak to the high expectations that the impact of poverty and inequality would feature strongly.

Instead South Africans got:

be patient, let’s stick to the dream of a primary account surplus, then maybe then we can make the investments needed to implement expanded social security, invest in strengthening the health system and so on. Until then let’s just do more with less.

Budgets on their own don’t solve structural issues such as the effectiveness of the state. Reducing the wage bill doesn’t address the poor management or budget execution. Instead it increases the execution risk. But they do provide some insight into government plans for addressing its broader developmental priorities.

In South Africa’s case, addressing the impact of poverty and inequality on broader development is and should be our priority. For example, the youth unemployment rate is at 60%. This is structural as many of the discouraged job seekers have neither the skills nor the required retraining to access opportunities. The government’s plans will not address this. If a very big growth does arrive it will not benefit these groups, particularly those in rural areas where work opportunities are few.

Given the toll Covid has had on the country’s socio-economic life, including health, there were high expectations that Enoch Godongwana, the Minister of Finance, would signal in the medium term budget policy statement how government planned to mitigate the impact of Covid on the health system.

Indeed, government has invested heavily in mitigating Covid-related risks. Examples include the introduction of a social distress grant, reduced interest rates, and tax incentives to businesses most affected by the lockdown. The investments in vaccine procurement have also been significant.

Government also implemented a number of other public policy measures. These included several regulations to limit the spread of the virus, imposed alcohol bans to reduce the impact of trauma related injuries on the health system, and made significant allocations for vaccines.

But all of this wasn’t enough as 265,000 more people died between March 2020 and November 2021 when compared to deaths from natural causes in previous years. This is almost three times more that the official number of reported Covid deaths. It will take some time to fully unpack this anecdotal evidence from district health managers who investigated unexplained deaths in facilities. But these figures demonstrated the disruption to services and the need for strategies to address this going forward.

In addition, Covid exposed the inefficiency of South Africa’s parallel health system. Over 50% Covid tests were done in the private sector, despite only 15% of the population enjoying private medical scheme coverage. More than 40% of Covid-related hospital admissions were in private admissions. Official Covid deaths were also higher in public facilities – often as a result of delayed seeking of care.

Considering all of this, there was an expectation that government would seize the moment and make the necessary investments to improve access to and the responsiveness of the health system. Instead, the budget framework proposed further cuts to an already collapsing public health system.

The National Health Act defines the governance of the South Africa’s health system, assigning to the three spheres of government – national, provincial and municipal.

The national Department of Health provides a framework for a structured and uniform health system. Provincial departments are responsible for the delivery of healthcare services. They employ most healthcare workers and are dependent on the provincial equitable share of national revenue for the funding of healthcare. The cuts to the provincial equitable share will place further pressure on struggling rural provinces like the Eastern Cape, Limpopo, Northwest, Free State to make the necessary investments to address health inequities.

The effective governance of health systems depends on good quality data on a number of indicators. These include burden of disease, delivery of health services, outcomes of interventions and advances on equity particularly the limiting of out-of-pocket expenditures.

A National Health Insurance (NHI) indirect grant was introduced to strengthen health management information systems to improve decision making and prioritisation. Cuts to this grant set back this crucial investment in strengthening health system responsiveness. The NHI grant has a history of poor spending. But the grant has been redesigned to support the development of the required infrastructure for the establishment of the NHI Fund.

A recent report by the Medical Research Council looked at the readiness of public hospitals to use diagnostic related groups – a patient classification system that helps standardise the cost of care. The report highlighted the woeful state of hospital administrative systems. About 40% of hospitals assessed were unable to produce discharge records – among other challenges. Cuts to this NHI indirect grant will compromise efforts to address this.

Then there’s the health revitalisation grant which is meant to support the building of new facilities and refurbishment of existing ones. Its share of the budget remains static over the next three years. Considering the significant overruns in the management of these projects, this may have been an opportunity to reduce expenditure while prioritising the strengthening of organisational systems which the grant also accommodates. Infrastructure investments are essential to improving the health system. But closer consideration should be given to how projects are identified, evaluated and approved. With limited fiscal space, greater priority should be given to revitalising existing infrastructure.

Allocations to the HIV and TB and community outreach grant remain static. But given the need to respond to Covid-related disruptions it is essentially a cut. Furthermore, some consideration should have been given to effectiveness of the current grant. To end HIV as a public health threat the UN had set targets that by 2020: 90% of people living with HIV must know their status; 90% of people with HIV who know their status must be initiated into treatment and lastly 90% of those initiated into treatment must be virally suppressed. Currently, South Africa scores poorly across the cascade. It needs closer interrogation of what is constraining the response. Continuing to do more of the same is clearly not the way.

Section 27 of the Constitution guarantees everyone the right to healthcare services and commits the government to progressive realisation of this right.

Elites are not reliant on public provision of basic services like education and health care. Private health expenditure matches government health expenditure despite only covering 15 % of the population. Similarly the expansion of low fee private schools will erode the capability of publicly funded education. And the cuts to teacher numbers will not be felt by the elites.