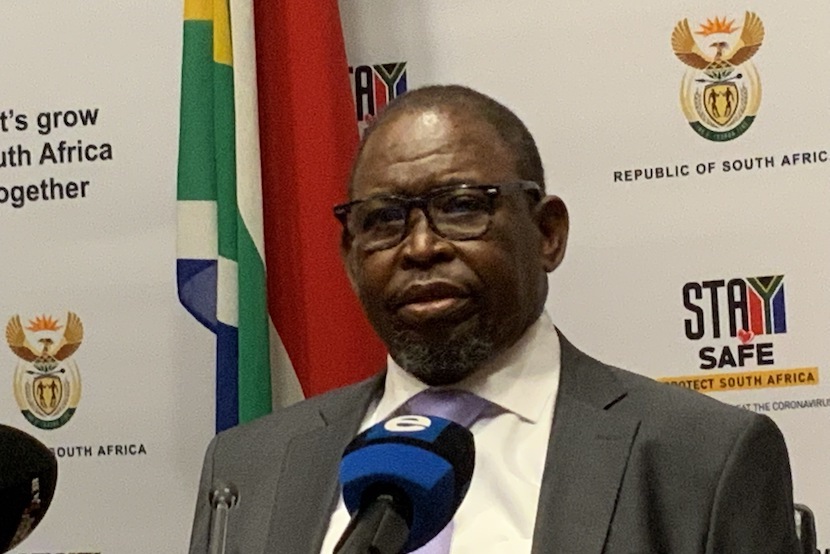 It’s Day 106 for new finance minister Enoch Godongwana. He says there is little in today’s Medium Term Budget Policy Statement that wouldn’t have been in it, had his famously sartorially inelegant predecessor Tito Mboweni still been in the post. “The only change you’ll see between Tito and I are shoes…” And, one presumes, his hat.

That message is sure to provide some comfort to an investment community which is cautious about the credentials of president Cyril Ramaphosa’s new finance chief. Only time will tell whether that caution is appropriate. But so far so good.

In the press conference to “locked up” journalists ahead of his maiden Medium-Term Budget Policy Statement, Godongwana appeared relaxed but confident. Best of all, he didn’t guess, nor try to hide ignorance through verbiage like unlamented predecessor Malusi Gigaba.

When the new finance minister wasn’t sure, he passed the ball on to a colleague, including SARB governor Lesetja Kganyago and a few times to members of the Team Treasury in the audience. And when questioners appeared to be looking for confirmation of their own biases, Godongwana followed up with clarity.

The MTBPS, or Mini-Budget as it’s often referred to, was introduced in 1997 by Trevor Manuel, the longest serving and by far most successful of the democratic SA’s finance minister (he twice delivered a Budget Surplus – none of his successors have even come close).

Read also: SA’s four horsemen of Economic Impediment – and how Enoch plans to unseat them…

The innovation was Manuel’s attempt to stimulate debate between the annual Budget speech in Feb/March. Also, to remove the intense market and other speculation ahead of the once-a-year event where the financial world proverbially came to a halt. In the same context, Manuel also introduced a rolling three year plan.

In his well-managed press corps debut today, Godongwana took pains to explain the relevance of the process which has won SA plaudits globally as having one of the most transparent Budgetary processes in the world.

It was also a smart way of deflecting the most difficult of the questions – given the tight budgetary constraints, what is the ANC government going to do about the special COVID-19 grants when the latest extension expires in March.

Godongwana batted that away by explaining that cabinet has decided on a Budget with spending of R1.9trn (against expected revenue of R1.5trn). It is not his nor Treasury’s responsibility nor remit to change that. If cabinet wants to continue the special social grant or, indeed, the much discussed Basic Income Grant, it will need to find the money by removing something else from within the agreed R1.9trn. Or raise taxes to fund it. Or decide to increase the Budget deficit.

Higher taxes are pretty much out of the question for an already overburdened populace as 7m pay personal income tax (115,000 of them a quarter of it) and 18m already receive grants. 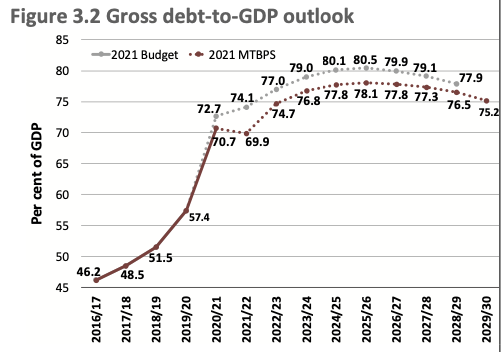 Ditto increasing the Budget deficit which hit a record 14% in 2020 and on a directly comparable basis is at 9% this year (7,8% after the GDP adjustment, but still crazy high). Because that simply adds to already excessive debt, where interest payments account for 21c in every Rand currently spent.

That makes it a deliberate decision by cabinet to spend more money on SA’s already highly redistributive pro-poor Budget (60% of which is allocated to the “Social Wage”).

From what I saw today, SA’s finance ministry has a pragmatist in the Tito style. Someone perhaps even better at explaining the position in terms that everyone can understand. A welcome antidote to the endless fudging, fake promises and outright gambles that punctuated so much the Budgetary prognostications of the past decade or so.

So what else did we learn today? 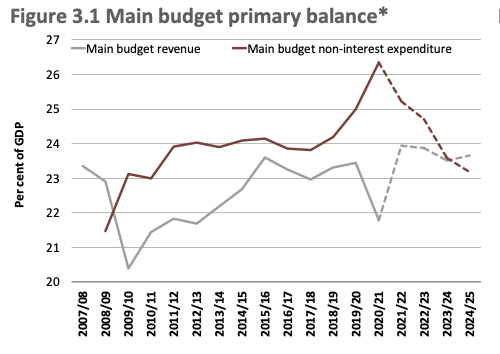 First, that SA’s fiscal hole is deep. So deep that a R128bn revenue windfall from a commodity price boom was gobbled up almost completely by government spending. Only R20bn of that bonus has not yet been spent. Government spending will have to be “restrained” for the next three years. By necessity not choice.

Second, that Treasury’s long-time and often isolated economic pragmatism appears to be spreading. For instance, as Godongwana pointed out, for the past 13 years the ANC government “has tried to fix Eskom rather than fixing the supply of electricity.” No more. That’s a massive step for a Pretoria so long devoted to centralist thinking.

Third, and perhaps most importantly, the man who doubles up as the ANC’s economic strategy tzar sees the private sector as the key to economic prosperity. Whether that’s through business being empowered through structural reforms or encouraged via Public Private Partnerships. That’s a massive ideological mindset shift. At last.

Godongwana ended his presser by referring to the 1992 ANC policy statement which, even then he said, envisaged a role for SA’s private sector. Perhaps the penny has finally dropped.

And after a succession of broken promises, why should we believe the new man? I asked him that and his response wasn’t convincing. Or maybe it was.

We’ll know more, he said, by the State of the Nation. So maybe his long-standing union and party pal Cyril has something up his sleeve? Let’s hope.