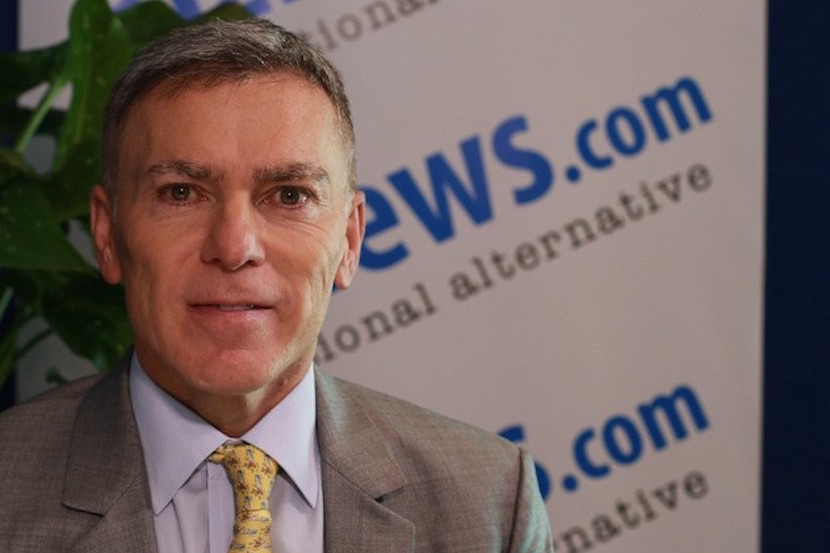 The recently discovered Omicron variant has stirred debate around the topic of vaccination. Joining Alec Hogg to unpack the subject is Adrian Gore, CEO of the Discovery Group. The founder also provides an update on Discovery’s mandatory vaccine policy, which was first announced in September 2021. “There is a lot of misinformation and fake news on Covid-19 and vaccines,” said Gore. – Jarryd Neves

Adrian Gore on why Discovery has chosen to take the mandatory vaccine approach, as opposed to incentivising

That’s an important point. The issue of incentives is very powerful and we’ve built a whole business model on incentivising better, [healthier] choices. These incentives we’ve used around the fact that people often make choices based on irrational ideas, incentivising change. [With] the vaccine, it’s different. [Firstly], the time frame for action is short. [Secondly], there is a huge amount of misinformation out there and, thirdly, there [are] deep ideological issues in this.

It’s a much harder point to get across. Incentives, in this regard, in our view, take too long. Too many lives would be lost – we are coming up to a fourth wave, we’re in it now. In fact, when we started this mandate [in September] our modelling showed the wave would start November/December and that is what happened. So, incentives would take too long. Over time, they would probably work, as people saw what would happen.

If you can’t incentivise, you’ve got to regulate. Regulatory remedies [are] a mandate, whether it’s at a corporate level or a [national] level. We didn’t take the decision lightly. I do think Discovery, being at the forefront of the debate [and] very involved in the country’s response – and our social mandate of trying to make people healthier – is something we’ve taken seriously. Therefore, we took the decision to mandate it for our staff; not for anyone broader, for our staff, very carefully [and with] a lot of debate.

On people with natural immunity

Vaccination is one of the tools in the toolkit. There are a number of them. Natural immunity is important but we need to do whatever we can. It’s not clear how strong that’s going to be [in the future]. It wears down – as does the vaccine – so I don’t think there’s one silver bullet to this thing. We’re seeing this with Omicron.

The expectation, given the mutations that have happened, is that it is likely natural immunity will not work against this variant of the virus. Therefore, the vaccine may be the only backstop at the moment. These things are not clear. The vaccine, for sure, is unequivocally powerful and we have to use it. It will wear down over time. Variants may emerge. I hope not but we have to do what we can.

I think relying on just natural immunity, at the moment, is not sufficient. The vaccine, particularly in the face of this new variant, seems to be very important. The hope is that it does protect us against severe illness and death. It’s not clear it will protect against infection as well. Just underscoring the point, I don’t think there is one remedy here. Vaccines are probably the most powerful.

On supporting the call to have mandatory vaccines in South Africa

The call is a rational one; it is more about mandating vaccines for people going to public spaces, stadia and events … those kinds of things. I think that’s right. The more mandated it is, the better. The issue is that this is about public health. It is not just a personal choice here. You are dealing with an issue that we know when people are vaccinated, viruses spread slower.

I think that it’s a good thing. I do believe we have to be sensitive about the time it takes to get vaccinated people moving around in taxis. There’s complexity here in South Africa, we have to be aware of that. But the more we can mandate that people get vaccinated, I think the better response we’ll have.

The economy will recover, it will be in a strong place. If we don’t, I think we are going to be in a world of pain. We have seen it now, cut off from the world … right or wrong. These are not good things. So we have to act swiftly.

It’s possible. In our mandate, we found the opposite. We had about 94%. We think we will get to 97%. There are people who love vaccination [and] others [who are] extreme anti-vaxxers. The population groups are all through the distribution. But generally, it’s been very well received. I also think for people working at home, this is still a hypothetical question.

When people are back in the office and they are confronted with unvaccinated people, the environment will be different. The issue will be much starker. While people are sitting at home and they can make these choices, they’re kind of insulated from the conflict of those choices.

I am not one who believes in mandating and decreeing, but I do belive the misinformation about the vaccine has created a kind of a sense there’s an equilibrium of views. I don’t think this is really correct. The science is unequivocal and I’m not sure we should be debating it as if there’s another way to do this.

For sure, there is some risk and there are some side effects in the extreme. But the trade-off between that and the effect of not being vaccinated is so stark that we really don’t have a choice. I think societies have choices to make based on rationality. There are trade-offs in that [as with everything we do].