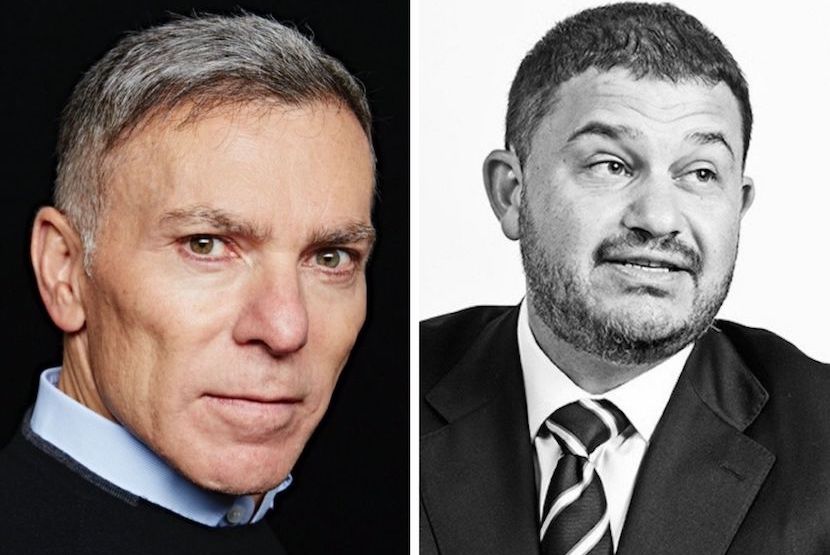 A community member that would like to remain anonymous has penned the below open letter to Piet Mouton, Adrian Gore and other ‘wise men’:

“Our main concern now lies with those who actively choose not to vaccinate. Yes, it is an act of free choice, but it is an economically and socially inconsiderate/selfish one with far-reaching consequences. We simply do not have the luxury of engaging in poorly substantiated arguments on vaccine conspiracy.”

“The President has alluded to some form of restriction for the unvaccinated, and we support this.”

I take no issue with your statement concerning the decrease in the Incidence Fatality Rate (IFR) after being fully vaccinated as this seems to be borne out by the data. I do however take issue with your stance that the Covid-19 vaccine is no longer a personal choice and that those who choose not to take it should be made to feel like infectious outcasts.

My logic is not based on a conspiracy but rather on the UK Government’s Covid-19 vaccination programme. If I am correct in my interpretation of their report for week 35 -38 of this year, pg. 18, if I were to walk into a shopping centre in England full of people over the age of 40, I’d have more chance of contracting Covid-19 from a vaccinated person than an unvaccinated person. 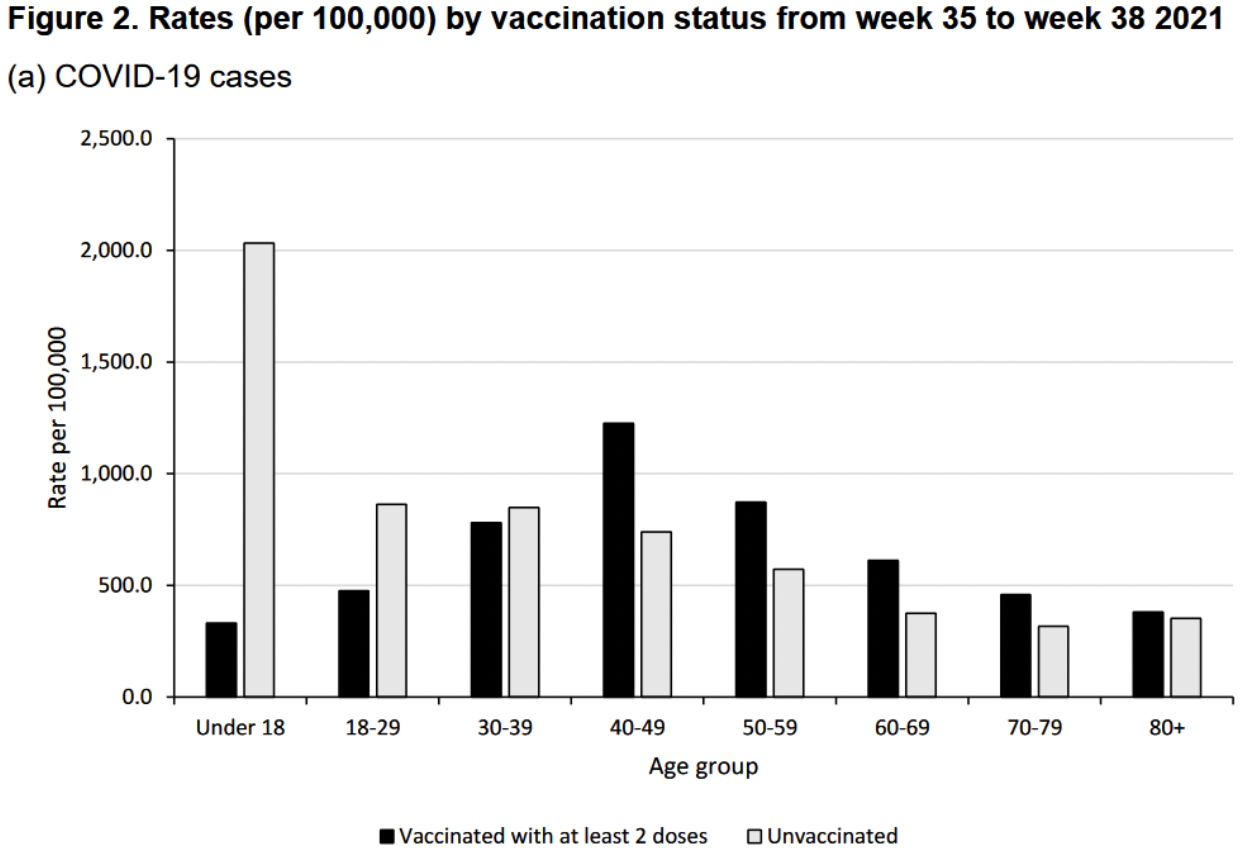 And that is if the two groups were in equal proportion, but they aren’t (probably more than 70% in that age category are vaccinated) – which makes it even more dangerous for an unvaccinated person.

I could probably make the same claim for a group of shoppers over 30 (depending on demographics).

Getting a Covid-19 vaccine should remain a personal choice and by all means base that choice on your own age and comorbidities. The disease impacts heavily on the aged, as shown by Wikipedia’s IFR table; Age group 0-34 yrs : 0.004% vs 85 yrs+: 28.3%. In South Africa we have a median age of 27, you can easily infer what our median IFR would be (less than 0.004%?)

If we are to go down the slippery moral path of allowing access to certain facilities based on your vaccine status (and it should include previous infection as a form of vaccination, as they do in Israel), then I would concede that possibly you can limit that access to ICU and high care facilities if and only if they are full and your ailment is due to a Covid infection. Perhaps we can start publishing a useful metric of ICU/High care’s occupancy rates in MSM, Adrian? Now that would be a lot more meaningful than scaremongering those who don’t have the time or inclination to do their own simple research, with alarmist infection waves.

I look forward to a response which hopefully also provides links to credible data sources. I’m happy to change my mind, I often do, but let’s keep the arguments statistically credible and not emotional and anecdotal.

PS If I do feel sick I stay at home, I’ve always done that -maybe it’s the Swede in me.

PPS I am not anti-vax but do object strongly to others making up my mind for me, and along that line I have happily read that a third vaccine has been approved for use in SA. It may have a lower efficacy than the other two, but the technology used (de-activated whole virus) has a longer history – call me old fashioned but if forced, I’d take that one – but according to Discovery’s site, I don’t get to choose my vaccine type – once again you seem to know better than us.

Tim Elliot asks a simple question; why do we as South Africans tolerate the unacceptable contempt by brazen thieves:

South Africa has witnessed theft and corruption in recent years bordering on an industrial scale. Has there been any country in recent times to have been subjected to such levels of breathtaking plunder largely by those in political power? Supposedly, to try and curb this unmitigated disaster, the very people largely responsible for this mess set up a number of “organisations” to bring it all to an end. So, we have the Public Protector, the National Prosecuting Authority, the Special Investigative Unit and the Hawks. All funded by long-suffering, despairing taxpayers. Their mandate is simple; protect the country’s citizens from the plunder and charge, arrest and incarcerate those found guilty. In tandem, we have countless Commissions of Enquiry conducted producing damning evidence against those implicated. We have a brace of incredibly brave investigative journalists writing well-researched books on the appalling cases of corruption, leaving little doubt about the alleged culprits named (not one journalist taken to court by those named). The Zondo Commission has run for close on two years at a cost to the taxpayer of over R1bn. And yet, not one of the high-profile, implicated thieves has seen the inside of a courtroom to fully answer to their criminal actions. All we witness are bizarre legal challenges aimed at prolonging the legal process. The burning question; why do citizens of this country tolerate this unacceptable contempt by brazen thieves being exposed on an almost daily basis?

Rod Baker explains why the South African Post Office has been the master of its own disaster:

If one wants to get an instant visual idea of how the SAPO has gone downhill, just look at how the annual directory has shrunk over just a few years.

Not long ago, the Western Cape had two separate directories every year – yellow pages and white pages – both probably in the region of about 675-700 pages. I assume that was pretty much the case with the directories for the other provinces, with Gauteng perhaps having far larger yellow pages than we have down here.

This year’s Western Cape one has 632 or so white pages – residential, medical etc, and 208 yellow pages – businesses etc – all in one volume.

Unless I am missing something, it tells a story.

And SAPO has no one to blame but itself … what with theft, mail tampering, poor delivery service etc … it has been the master of its own disaster.