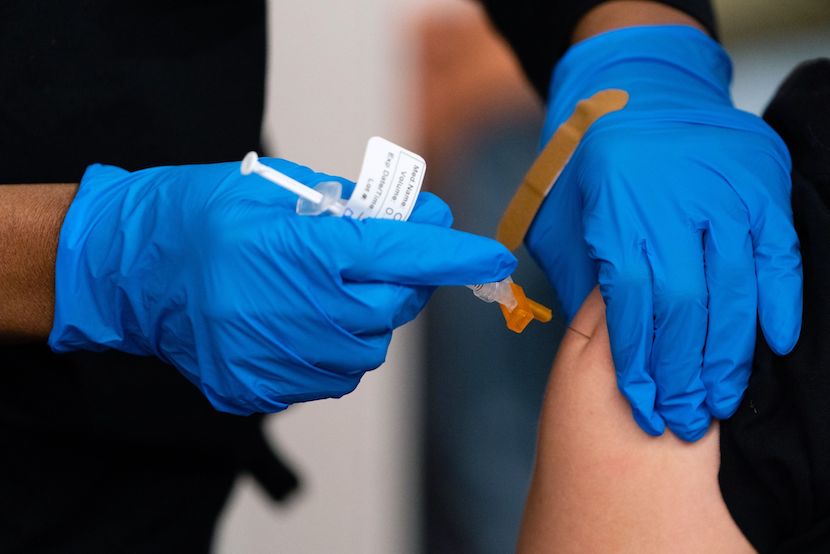 A forthright discussion on mandatory vaccines with the Sakeliga duo of CEO Piet le Roux and chief economist Russell Lamberti, explaining why forcing jabs is wrong. Their argument is premised on the basis that a mandate is disproportionate to the risk and unjustified on the grounds that very few people get mortally ill from Covid-19, and that SA already has extremely high natural immunity to the virus. They also argue that the ANC government’s track record suggests the project will become a honey pot for the corrupt, while putting the country onto a slippery slope towards greater state control and authoritarianism.

Piet le Roux on why Sakeliga is against mandatory vaccines:

It’s best to have a voluntary vaccination campaign because if we go for mandatory vaccines, we are closing down the discussion. We are politicising science and centralising risk management in a country and in a world where we’ve seen this centralisation not leading to good results. I think we need to understand that we know less than we think and we should be accommodating other people in South Africa, other businesses and let them adopt strategies that solve the problems at their level.

Secondly, besides being accommodating and respectful of each other in the world, it’s also of concern that if we say yes to mandatory vaccines, we are saying yes to the monitored society. We are saying yes to a society where businesses are co-opted into acting on behalf of the government, checking into entry and exit points in the daily walk of life, to the discretion of the government on the criteria they set.

This is something that two years ago we would have said is unacceptable if China and some authoritarian countries did something like this. We would have said this is not the country we want to live in, but now we’re going to say yes to the principle of it being made a habit in society. Once we have done that, we will not be able to control what else we put into that basket.

On mandatory vaccines possibly being a slippery slope

Yes, it is a slippery slope. It’s not a possibility, it is a slippery slope. The people who wish to close down the debate, close society and say this is how we’ve politicised science and this is the way forward. If you are in favour of this national mandate, I’m afraid you’re saying yes, we are on the slippery slope but we’ll manage it. We won’t go down the slope. We’ll sort of manage clearing our way into it and I don’t think that is an acceptable risk.

I just think we have lost perspective on what it means to live in a pluralistic, democratic society where very big, important decisions don’t just get foisted on the population. There seems to be a complete abandonment of due process of decision-making.

We have allowed for the creation of a command council system, which is quite literally a central planning system. We saw the absurdities of this last year with the first lockdown and some of the crazy regulations. But really, right throughout, we have had bureaucratic decisions happening at a whim, with no real process followed. As a result, you’ve got a completely uncertain business and social order at the moment.

The average business does not know whether next week, two weeks or tomorrow, there is going to be some sort of draconian shutdown. This, of course, is all justified by a virus and by the need to protect people. We don’t think those are sufficient justifications for this level of state centralisation and full concentration of decision-making power.

As we have argued right from the beginning of this whole saga, you must have decentralised risk management. Sixty million South Africans are not the same as each other. They come from different backgrounds, different areas, different age groups. They have different risk profiles. They’ve got different economic needs. It is really unconscionable to have a one-size-fits-all policy.

I just want to strongly echo Piet’s view that we open the door to a monitored society. Having to prove your health status, to show that your body is not some kind of a danger to someone else in day-to-day life is an obscenely abnormal way to live. As we argue in our reports to members, we don’t believe the conditions at hand and the reality on the ground remotely justifies such dramatic action.

We must emphasize that what is being proposed; punishment as it were, ostracisation for unvaccinated people and a system of vaccine surveillance administered for 60 million people alike is an enormously draconian, totalitarian system. It is going to come with enormous bureaucratic baggage, most likely significant corruption and cheating and all sorts of other nonsense, too. To think that this is a workable system in a country that is on its knees right now economically is incredibly naive and dangerous.

On the alternative to mandatory vaccines

That’s not how real life works. We don’t magnify every potential threat and take every drastic action to try and avoid it. That is a misapplication of what is considered the precautionary principle. What’s not considered are the risks of the evasive action that would be taken. We open up the door to enormous social and political and economic instability on the other side.

There are lots of very clever people – health experts, virology experts and so on – who are concerned about aspects of this virus. We can debate some of those concerns, but we have to ask what qualifies those people to understand this side of the equation, the complexity of the social order, the fragility of South Africa’s political, economic and social life at the moment.

We’ve just been through one of the most devastating events, since 1994, in the KwaZulu-Natal riots. Part of what drove those riots is an underlying economic malaise. People are struggling, facing enormous pressures. Yes, there were some political catalysts involved. Now you want to take this population that’s suffering from 75% broad youth unemployment, enormous strains and challenges among millions of households and you want to further impose draconian punishments, as it were, for not adhering to a particular view of the virus or of the problem.

And let’s be clear about this. There are several different views regarding this particular issue. You want to take those millions of people and force them into a set of rules and systems and then see what happens. This is social experimentation on a grand scale. We are extremely concerned about going down this route.

On the strong argument for promoting vaccines

There are lots of things that stop people from dying. It doesn’t follow that those things should be mandated. I think it is important to say that we actually understand the parameters of Covid-19 quite well at this point. Coronaviruses do mutate. New strains of coronavirus come out all the time. We always have a new flu strain. We always have new coronavirus strains.

The established science would tell us that mutation selects for strong virality but low severity. That seems to be the early indication but I think there’s going to be a vociferous debate about that as we go over the next few weeks. What is true  – and this has been clear in the last few days with the announcement of this new variant  – is that we really have very little information about it.

My feeling is that given the social experimentation you are arguing for on this side, the sensible, proportionate approach here is to proceed cautiously. Don’t shut down society. Don’t mess with this complex economy and the social order. Don’t throw another few hundred thousand people into unemployment and uncertainty when absolutely awful job numbers have just been released.

There is a far broader set of questions here. And I just don’t think the present state of information we have even remotely justifies this kind of push. Let’s not forget, everyone who wants a vaccine and wants to benefit from the data that you cite – which suggests people are far less likely to be hospitalised and have bad [reactions to] the vaccine – the vaccine is available to them.

They can avail themselves of that opportunity and feel a lot more secure. Why this needs to then extend, to be a coercive push to the point of blocking people from travelling to work,  from entering supermarkets and creating an incredibly tyrannical system, that does not connect. We at Sakeliga are pointing out that connection and the risk of doing this to the commercial and social order that is very fragile, as it is.

On whether we have time to not do mandatory vaccines

Two weeks ago, even a week ago, we thought we had time. The only thing between now and a week ago is the discovery of the Omicron variant and panicked reactions. President Ramaphosa himself called it unscientific. I would agree with that.

We have just as much time as we had last week. We just face a panic in the meantime about something all our scientists agree we know nothing about. We should relax. Let’s calm down. Let’s keep encouraging people with good and honest campaigns about the benefits of vaccines. Let us keep society open and just take a step back and not make these drastic decisions with consequences for decades to come.