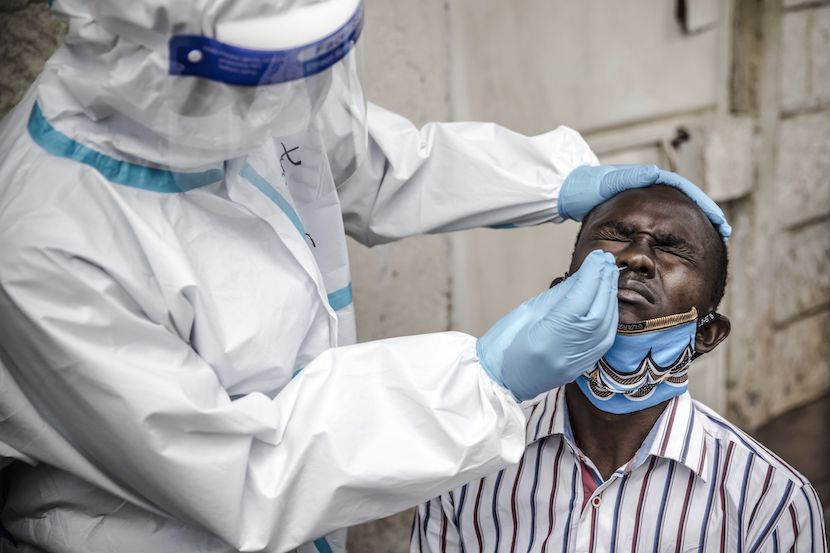 When the Omicron variant was first discovered by South African scientists, the world responded by implementing travel bans and restrictions on several southern African countries. As medical experts raced to understand how the latest strain worked, concerns around vaccine protection were raised. Early research and studies indicate the most recent variant is more contagious, but has a lower risk of hospitalisation. According to The Wall Street Journal, “The University of Edinburgh study, drawing on the health records of 5.4 million people in Scotland, found the risk of hospitalization with Covid-19 was two-thirds lower with Omicron than with Delta. The new variant became dominant in Scotland last week.” Omicron is also the dominant strain in the US, making up 73% of all new Covid-19 cases. Below, Ben Krishna from the University of Cambridge writes the latest variant may not be the final one, but might just be the final variant of concern. “If we are lucky, and the course of this pandemic is hard to predict, SARS-CoV-2 will probably become an endemic virus that slowly mutates over time.” – Jarryd Neves

It is controversial whether viruses are alive, but – like all living things – they do evolve. This fact has become abundantly clear during the pandemic, as new variants of concern have emerged every few months.

Some of these variants have been better at spreading from person to person, eventually becoming dominant as they out-compete slower versions of SARS-CoV-2, the virus that causes COVID-19. This improved spreading ability has been ascribed to mutations in the spike protein – the mushroom-shaped projections on the surface of the virus – that allow it to bind more strongly to ACE2 receptors. ACE2 are receptors on the surface of our cells, such as those that line our airways, that the virus attaches to in order to gain entry and start replicating.

These mutations allowed the alpha variant, and then the delta variant, to become globally dominant. And scientists expect the same thing to happen with omicron.

The virus cannot, however, improve indefinitely. The laws of biochemistry mean that the virus will eventually evolve a spike protein that binds to ACE2 as strongly as possible. By that point, the ability of SARS-CoV-2 to spread between people will not be limited by how well the virus can stick to the outside of cells. Other factors will limit virus spread, such as how fast the genome can replicate, how quickly the virus can enter the cell via the protein TMPRSS2, and how much virus an infected human can shed. In principle, all of these should eventually evolve to peak performance.

Has omicron reached this peak? There is no good reason to assume that it has. So-called “gain-of-function” studies, which look at what mutations SARS-CoV-2 needs to spread more efficiently, have identified plenty of mutations that improve the spike protein’s ability to bind to human cells that omicron doesn’t have. Besides this, improvements could be made to other aspects of the virus life cycle, such as genome replication, as I mentioned above.

But let’s assume for a second that omicron is the variant with maximised spreading ability. Perhaps omicron won’t get any better because it is limited by genetic probability. In the same way that zebras haven’t evolved eyes at the back of their heads to avoid predators, it’s plausible that SARS-CoV-2 can’t pick up the mutations required to reach a theoretical maximum as those mutations need to occur all at once, and that is just too unlikely to emerge. Even in a scenario where omicron is the best variant at spreading between humans, new variants will emerge to handle the human immune system.

This is why omicron is so apparently successful at infecting people with previous immunity, either from vaccines or infections with other variants – the mutations that allow the spike to bind to ACE2 more strongly also reduce the ability of antibodies to bind to the virus and neutralise it. Pfizer’s data suggests that T-cells should respond similarly to omicron as to previous variants, which aligns with the observation that omicron has a lower fatality rate in South Africa, where most people have immunity.

Importantly for humanity, past exposure still seems to protect against severe disease and death, leaving us with a “compromise” where the virus can replicate and reinfect, but we do not get as severely sick as the first time.

Herein lies the most probable future for this virus. Even if it behaves like a professional gamer and eventually maxes out all its stats, there is no reason to think that it won’t be controlled and cleared by the immune system. The mutations that improve its spreading ability do not greatly increase deaths. This maxed-out virus would then simply mutate randomly, changing enough over time to become unrecognisable to the immune system’s adapted defences, allowing waves of reinfection.

We might have COVID season each winter in the same way we have flu season now. Influenza viruses can also have a similar pattern of mutation over time, known as “antigenic drift”, leading to reinfections. Each year’s new flu viruses are not necessarily better than last year’s, just sufficiently different. Perhaps the best evidence for this eventuality for SARS-CoV-2 is that 229E, a coronavirus that causes the common cold, does this already.

The disease might very likely be mild as some past exposure creates immunity that reduces the likelihood of hospitalisation and death. Most people will get infected the first time as a child, which could occur before or after a vaccine, and subsequent reinfections will barely be noticed. Only a small group of scientists will track SARS-CoV-2’s genetic changes over time, and the variants of concern will become a thing of the past – at least until the next virus jumps the species barrier.