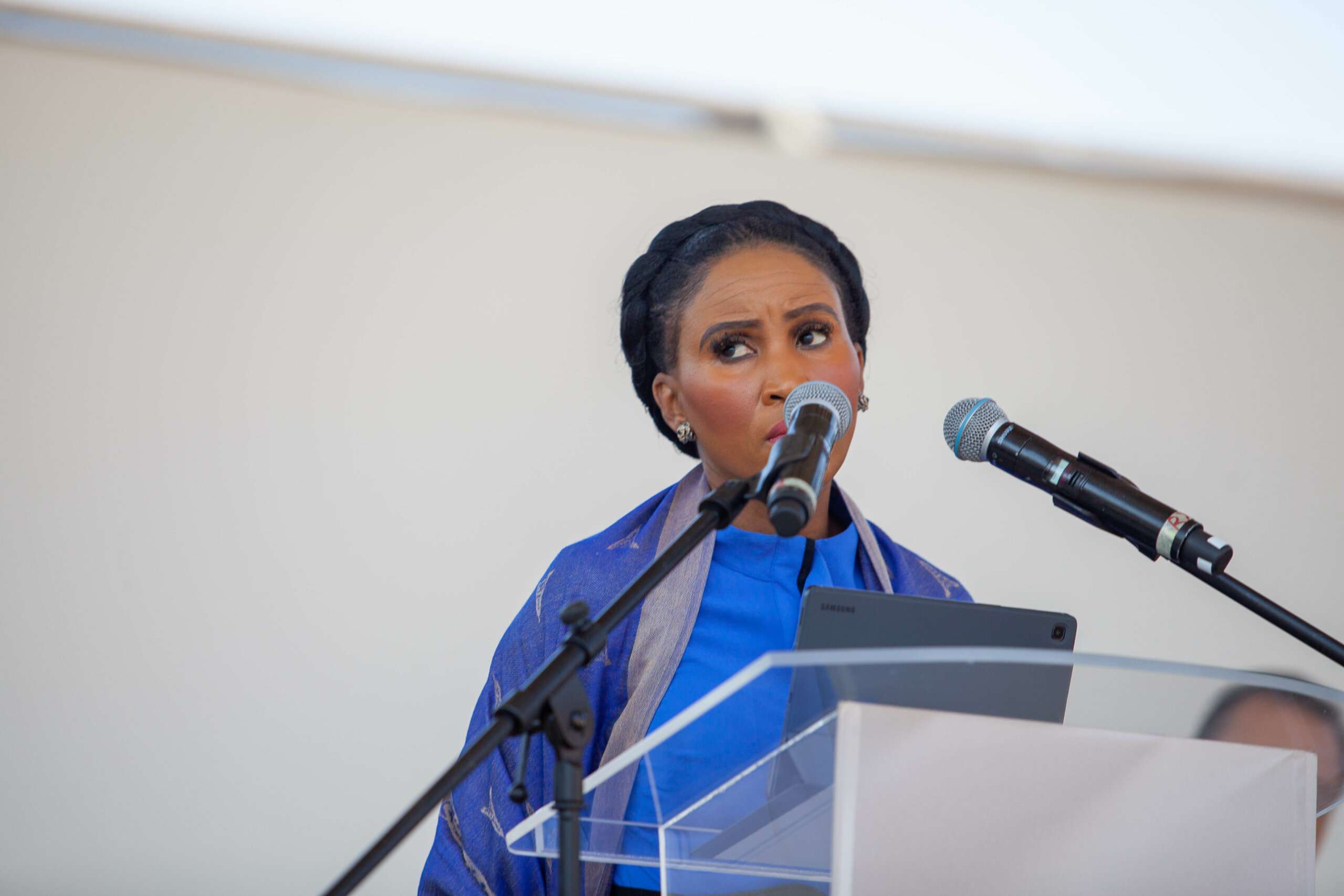 It’s been a tentative few weeks in Joburg with the future of the multi-party coalition government under scrutiny – and Mayor Mpho Phalatse herself potentially in the firing line.

But the mayor believes her job is safe and the coalition is “as united as we’ve always been”.

This after several councillors from within the pact of nine parties – governed by a coalition agreement – went rogue and voted with opposition members to oust the DA’s council speaker Vasco da Gama. One of those councillors is Cope’s Colleen Makhubele, who serves as the chair of chairs in council. Makhubele has made no bones of the fact that she voted with her conscience to boot Da Gama from his position despite the coalition agreement.

After Da Gama’s removal, Makhubele erroneously assumed the role of “acting speaker” but the DA’s deputy caucus leader Bongani Nkomo told BizNews the reins should have gone to the city manager, Bryne Maduka.

Makhubele then used her position as “acting speaker” to call for an extra ordinary council sitting on 13 September. It was at this meeting that the removal of the mayor through a motion of no confidence would likely have been discussed.

In anticipation of the move, the DA approached the High Court in Johannesburg on an urgent basis to declare the notice convening the special sitting null and void. Also, the DA wanted clarity from the courts around Makhubele’s role as “acting speaker”.

The court ruled that: “The meeting convened by the notice and scheduled for 13 September 2022 at 10h00 is interdicted from taking place. The respondent [Colleen Makhubele] is declared not to be the acting speaker of the first applicant [City of Johannesburg]. The respondent is interdicted from holding herself out, or as purporting, to be exercising any of the statutory functions of the acting speaker of the first applicant.”

In the wake of the judgment, the mayor hosted a press conference laying out the way forward for the council. Most importantly, answering the question whether the multi-party coalition still has the numbers to see off any potential motions of no confidence, barring any further incidents of ill discipline from councillors in the coalition.

“With all the other parties still on board we have at least 139 of 270. To make decisions in council you need a simple majority…that equates to 136. We are already three councillors in excess of that 136, without the ANC and without the EFF,” says Phalatse.

As for those who broke ranks with party lines and with the coalition agreement, the sanctions have been swiftly meted out.

“We’ve seen expulsion of councillors fairly rapidly. We’ve seen all the different partners in the coalition come to the party and effect their own internal rules and constitutions to ensure that those councillors are removed who can’t be trusted. Councillors have been replaced. We have seen swearing in of councillors and so numbers are being restored to the multi-party government,” says the mayor.

Regarding the future of Makhubele and her continued role as the chair of chairs in the multi-party government, she’s likely to face a motion of no confidence herself in the near future.

Phalatse says: “As a coalition we have lost confidence in councillor Makhubele. We feel she is no longer fit to hold that position and we believe there will be somebody better in the coalition who can take that position forward.”

The technical task team of the coalition will soon announce the candidate being put forward for the position of Speaker.