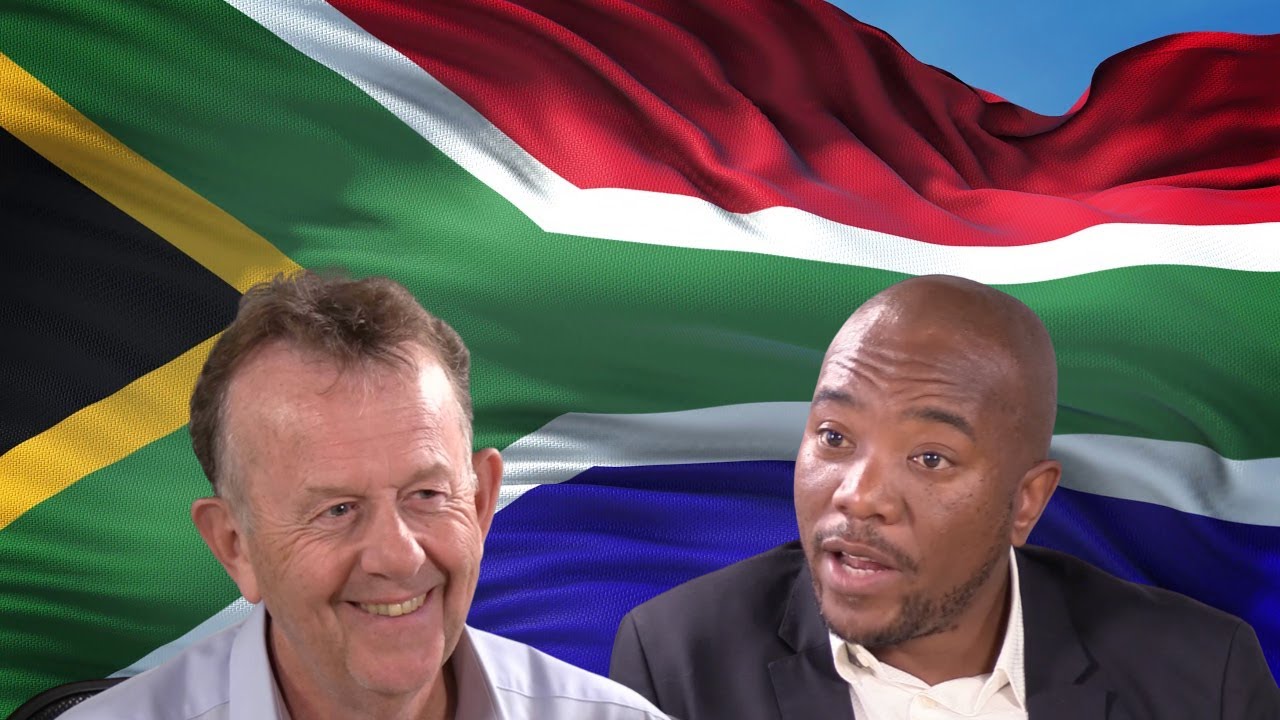 The approach of BOSA – not exactly a ‘party’, but more a ‘platform’ – is intended to set it apart from other parties, presenting itself as a new type of politics. And it arises directly from the civil society tradition in which Mmusi Maimane positioned himself after his career in the DA. BOSA says it will be a forum for community-chosen representatives – and on policies, who would be opposed to putting a job in every home, improving education, and ensuring that high-quality medical care is available to all? But does a job in every home mean mass public works or a growth approach? Would better education be served by incentives to teachers, more careful management, or expanded involvement of the private sector? On health, is BOSA in favour of the National Health Insurance proposals? Terence Corrigan asks the hard questions in this Daily Friend article. – Sandra Laurence

BOSA: an interesting idea, but can it work?

Something I can say with depressing regularity these days is that ‘I’m old enough to remember…’ I have traded youth and vigour for experience and memory (though the latter may be an equally transitory state). One recurrent theme I’ve observed is that there is something in the South African political psyche that awaits a strong, decisive leader, that can capture the Zeitgeist, and promise redemption; a Moses-style figure who will lead us to the promised land. Another is a yearning for a ‘different kind of politics’. So, when Mmusi Maimane launched his new political formation – Build One South Africa – I could hear echoes of what had gone before.

Think back to Louis Luyt in 1999 or Mamphela Ramphele 2014: both accomplished people with powerful personal brands. Their offering was for a safe pair of well-regarded hands (at least in their own conceptions of themselves), who would offer something outside the political mainstream. For Luyt, it was his business acumen and experience as a rugby administrator. For Ramphele, it was her activist reputation.

Each had a message of redemption from crises, although Luyt came to his conclusion about the dire trajectory of events long before Ramphele came to hers. For Luyt, his message was that everything he touched turned to gold. For Ramphele, she was a change agent who would empower people to be their own liberators. Both presented the proposition that they embodied a missing ingredient in South African governance, an X-factor of sorts. Luyt more brazenly and Ramphele more subtly viewed themselves as natural candidates to lead the country to something better.

Neither made much of an impression, each gaining a paltry two seats in the national elections they contested, Luyt in 1999 and Ramphele in 2014. Luyt led his Federal Alliance into Parliament, then in and out of the Democratic Alliance, and then into the Freedom Front Plus before quitting politics. Ramphele never took up a seat in Parliament and left active politics within three months of the 2014 election.

The BOSA initiative prompts another reflection. In the shadow of a dominant and hegemonic ruling party for most of the post-1994 period, direct political opposition was often regarded as fruitless, even in poor taste. For many, a better (and easier) alternative was to seek a different form of engagement. For those seeking to remain in the competitive electoral arena, the solution was to proffer oneself as a moderate, service-oriented party that aspired to deal with ‘the issues’ but to remain outside of destructive partisan fray. Think of the parties, typically small and fleeting, that inserted the word ‘Independent’ into their names.

Another route was to involve oneself in civil society. If change in the identity of the government was unthinkable (and unpalatable), it might be possible to encourage assertive and constructive citizen action. This was the destination that Roelf Meyer set off on after exiting politics – and Maimane himself. Since civil society is endorsed by a large body of democratic theory as essential to democratic durability, this was an entirely respectable (and in principle, eminently valuable) thing to do.

Why does this background matter? Because it seems to me that Maimane has picked up in varying degrees all of these impulses.

In common with both Luyt and Ramphele and their respective political projects, Maimane’s appeal rests heavily on his personal brand. He is suave, charismatic, articulate. By all accounts, he can communicate across boundaries with a great deal of empathy. He also had a meteoric rise in party politics. And despite a complex relationship between him and the media during his tenure as DA leader, he has had a generally sympathetic hearing in the period since his departure from the party.

He shares the quasi-messianic character of both of these predecessors. His appeal around the crises besetting us – no arguments there, anyway – is matched by a direct play to lead the country. He has been very explicit that he intends to run for the presidency. His address to the launch of the organisation invoked the idea of Moses leading the Israelites out of Egypt; the hard to miss implication was Maimane as Biblical sage, an image that has some purchase given his own background in Christian ministry.

The posture of BOSA – not exactly a ‘party’, but more a ‘vehicle’, ‘platform’, ‘umbrella’ or, as Eusebius McKaiser called it, an ‘outfit’ – is intended to set it apart from other parties. It is presenting itself not as a better alternative, but as a new type of politics. And it arises directly from the civil society tradition in which he has positioned himself after his career in the DA. Indeed, BOSA has emphasised that it will be a forum for community-chosen representatives. And Mkhuseli Jack, BOSA’s national chairperson has likened the organisation to the United Democratic Front (an organisation Jack had been involved with in his youth), which drew its constituent bodies largely from pre-existing civil society groups.

So, do Maimane and BOSA have the makings of a viable proposition?

The precedents that I’ve mentioned do not inspire a great deal of confidence. A personalised appeal – irrespective of how popular the central figure may be – has not proven to be a successful strategy. Maimane may have something of an edge here, given his pedigree in active politics. In the latter respect, one might equally argue that he has lost this advantage to Herman Mashaba and Action SA, who offered an early option to voters seeking an opposition voice outside the DA.

There is an element of originality in the manner in which BOSA is being constituted. By Maimane’s own account, BOSA was a response in large part to the failure of the political system meaningfully to accommodate independent candidates for Parliament. Its solution is what has been termed a ‘franchise model’: candidates for office will be sought from communities and accommodated within an organisation built around ‘values’. The latter would include ‘non-negotiables’ such as non-racism and ubuntu. This would be fortified by a common vision held by its representatives.

Maimane’s spokesperson, Graham Charters, said that in ideological terms, it would be ‘as loose as you want it to be’. This would make it possible for disparate priorities to be pursued. Maimane’s address at the organisation’s launch touched on a range of things. It’s hard to oppose what he had to say. Who would be opposed to putting a job in every home, improving standards in education, and ensuring that high-quality medical care is available to all?

The obvious difficulty is settling on a path to get there. Does a job in every home mean mass public works – the state as the employer of last resort – or a go-for-growth approach? Would better education be served by incentives to teachers, by more careful management, by rigorous inspection or by the expanded involvement of the private sector? On health, is BOSA in favour of the National Health Insurance proposals, or some other model?

So far, it seems that neither Maimane nor BOSA as a whole have committed themselves to many specifics (although there are some partial exceptions, such as the idea of a more entrepreneurial education system and a National Venture Capital Fund).

The most likely idea, assuming I’ve understood the approach correctly, is that having assembled a slate of community representatives, BOSA’s legislative caucus would decide on any given issue on a case-by-case basis, allowing a great deal of latitude to individual representative to follow their own paths (or, at least in theory, the preferences of their communities). Think of this as a species of non-ideological, almost non-political politics.

It’s hard to imagine this producing a coherent voting bloc or voice in Parliament. Perhaps this is not the intention – but rather to establish a multiplicity of voices? But it would also seem to render notions of common values and common visions somewhat moot. Indeed, Eusebius McKaiser made the reasonable point that even something foundational like non-racism is open to wide interpretation, so even those values may be a tenuous point of unity.

And then of course, there is the technical question of how representatives will make it into Parliament. As an ‘aggregation’ of community leaders and independents, each would presumably bring a unique and passionately held set of positions and a constituency unique to him or herself. Each of those constituencies is equally deserving of representation by a representative of their choosing. Yet the mechanics of our elections require a ‘party’ list to be drawn up with an order of precedence. The person occupying position number 2 (Maimane will get the first spot, one can assume) will be more electable than his or her counterpart at position 15, who will have a better chance of election than the person at position 32.

So, how will that list be compiled, and how will some candidates be preferenced – for that is effectively what it will entail – over others? More to the point, how will the interests and constituencies that are so preferenced be chosen? And how will this be justified? Resolving this will be an intensely political process – political in the sense both of the exercise of power and the practice of diplomacy. If there is any ideal that BOSA can be function as a citizen initiative avoiding the twists and turns of politics, it may be well to abandon it. If anything, managing these tensions will demand extraordinary political skills.

These are tough questions that BOSA will have to deal with. If they are to be dealt with, more Mosaic leadership is needed; the Wisdom of Solomon will be called for.

I, for one, will watch with interest as this unfolds.