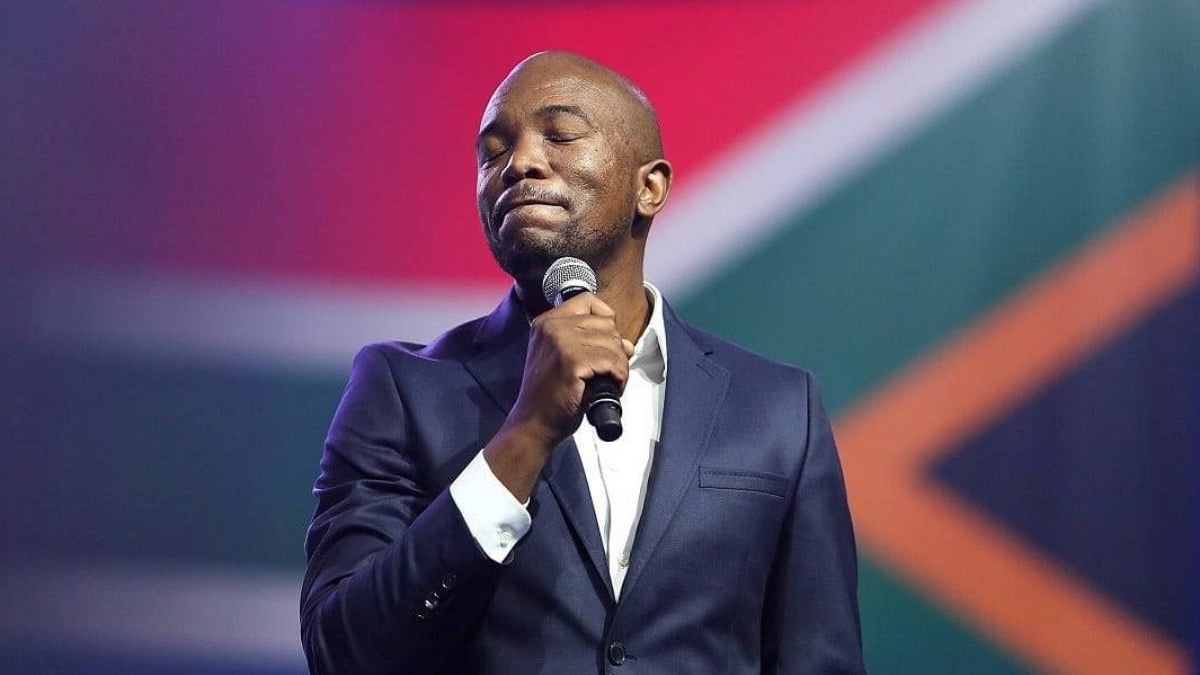 However the chips fall during SA’s watershed 2024 national election, the founder of One South Africa Movement, a community-driven, activist organisation, expects to play a prominent role in the likely new ruling coalition. Perhaps even as the country’s president. In this fascinating interview, Mmusi Maimane shares how he is helping, Macron-style, to disrupt local politics and offers some suggestions on where it may be headed. The former leader of SA’s official opposition also explains why he believes his homeland will follow the same path as the previously inconceivable political transition which swept his friend HH Hichelema to presidential victory in Zambia. After a shock by-election win in the Eastern Cape by a Maimane-supported independent candidate, his vision of a massive political disruption is no longer in the realms of science fiction – for many it is already appearing to be science fact. – Alec Hogg

They say change is as good as a holiday, and change for Zambia has been better than a holiday. To be honest with you, the inflation numbers went from just 23% and now they’ve taken them down to just over 11, which is still high. But it means that the indicators are heading in the right direction. He’s cleaned up the bureaucracy in that he’s weeded out people because the previous administration had seriously successfully captured the state. He’s gone out of his way to make sure corruption is not the order of the day there. Zambia is a country to watch – even the generals were doing things that were illegal. He’s been managing to clean them out and he’s focused now on a clean administration. I think more than anything, they are starting to become fiscally stable. So there’s new net investment coming into the country.

I think there’s a fundamental sense upon which people are going: how do we bring about that change? And that to me is exciting because if 2021 taught us anything, it is that at the local government elections, the ANC couldn’t get over 50%. It gives me the hope to believe that in 2024 that number could be exacerbated and ultimately we could see a new government. I want to say this and I know many people have a fear about what it would mean post the ANC. I do think in some ways there is a positive sense upon which people can rely. Coalitions, in fact, do work. There are global phenomena and more than anything, like the change in Zambia, we could see a good holiday in South Africa post 2024 if we commit to working towards that now.

It’s a massive job that we’re building towards. The first thing is going into an election is that you need to be able to ensure that you’ve got structures all across the country. Right. And we’ve worked out through the associations all across that we’ve been able to put a great footprint, whether it’s in the Eastern Cape, whether it’s in the Free State, cutting everywhere – right across the country. So that’s the first take, if you like. And that was an important one because often you find political parties can quickly become regional or sometimes have a base, and then they can grow beyond that base. On my way from here, I’m going to Limpopo, where I’m really looking forward to the work the team is doing there.

Limpopo is one of our highest growing regions across the country, not only from an affiliation point of view, but equally, some of the public reps that are coming from there are incredible people. So that’s the first thing. The second thing is we fought hard for the Electoral Amendment Bill to be changed. What it looks like they put on the table will make it hard for someone to be directly elected nationally because they’ve done what I’d like to say is this. They’ve said everyone can run the Comrades Marathon except if you’re an independent. You have to run barefooted, backwards and with no water and hopefully you’ll win. So they’ve complied, but really they haven’t done a significant amount of change. A number of issues will have to go and they might be challenged constitutionally in court. So if I parked that metaphor for one second and come back to what we’ll then do is: we’ve established an umbrella body that sits across the board, so that each of these independent movements can be affiliates of underneath communities, can still sponsor their own candidates, elect them and hold them accountable. But we know they can operate as a collective when it comes to parliament or their respective legislatures across the country.

On coalitions and the role he might be able to play post-2024, presuming the ANC gets under 50%

Firstly, coalitions are an important reality. We can’t get away from them, nor can we fear them. In reality, what a coalition gives you is a sense that no one party can capture the state. That’s important. Secondly, in negotiations of tariffs and delivery, there are more voices in the room and you have to be more considerate of a broader range of citizens. And lastly, I think that if you’ve got national leadership that is committed to a project, you can be able to manage those coalitions. So the role I’d want to play is just to be able to bring the respect of role-players, which we have. One of my proudest moments was a signed document of all the political leaders coming together to share the principles we agree on. Here’s where we’ve got to go, and  ultimately we will stick to that. And whenever there were difficulties, I was able to pick up the phone to any one of those leaders and go, “We’ve got a problem here. How can we solve it? And I would hope to be able to play a similar role in 2024.”

Numbers tell us an interesting thing about where global economies are going. Africa is an amazing opportunity. We’ve got just over 1.2 billion citizens and the median age is about 23 on the continent. When you look at developed economies, many of them are looking for opportunities upon which they can expand their footprint and I can’t see anywhere else but this continent. Secondly, I think that when I look at GDP, growth, numbers show we’ve been lagging behind about 1.2%, 1.7%. But I think if we are really to introduce a new government that is able to sort out two things, the digital infrastructure in this country and the energy infrastructure, I’m convinced we would be able to add between 1 to 2% of GDP growth. Thirdly, I think that we’ve got incredible people in this country who are innovating. It’s not accidental that maybe someone like Elon Musk is the richest man in the world and is a South African. But I do think that it speaks symbolically to the fact that we’ve got some great innovators. All they need is a government that will partner with them. For the last number of years, with respect, one of the things we’ve done woefully wrong is that we’ve miseducated our kids and furthermore, we’ve run a state that has been privatised and we might cleverly call it state capture, but in truth, it’s privatisation of state resources, which is corruption. What we’ve got to do is that if we get a government in place that is a coalition,  it will not be able to do that because of the coalition. I think you could free up the potential of this country and produce legislation that is able to really maximise the assets. So I’m bullish. I think it’s possible. I actually do think that if we deal with the political problem of the state captured by the ANC, I really believe South Africa could turn the corner in a significant way.

On whether he will stand for president

Absolutely. I think that the last number of years have given me an opportunity to think about what we need to do in this country. And I go into it believing strongly in the things that need to get done. When I led the DA, I kind of thought, what can the DA do? And maybe we made some mistakes along the way. Now I’m much more ruthless at going, truly there are a few things that we’ve got to do. We have to fix the state because if the state doesn’t work, it doesn’t matter what economic policy you put on the table. We have to free up our assets in the economic space so that jobs can actually be created and celebrate anyone who creates a job. We have to make sure education works better. We can’t pass kids at 30%. We have to up it to 50% and make sure that we produce a skills pipeline that will serve South Africa in the long run. And then I think around crime, we have to prioritise the murder rate. I’m backing a very strong, compelling vision around the values of Ubuntu, to a vision for economic growth, and ultimately being able to let the citizens rally together to build this country. So I’m more enthusiastic and much more focused on tomorrow than I’ve ever been.