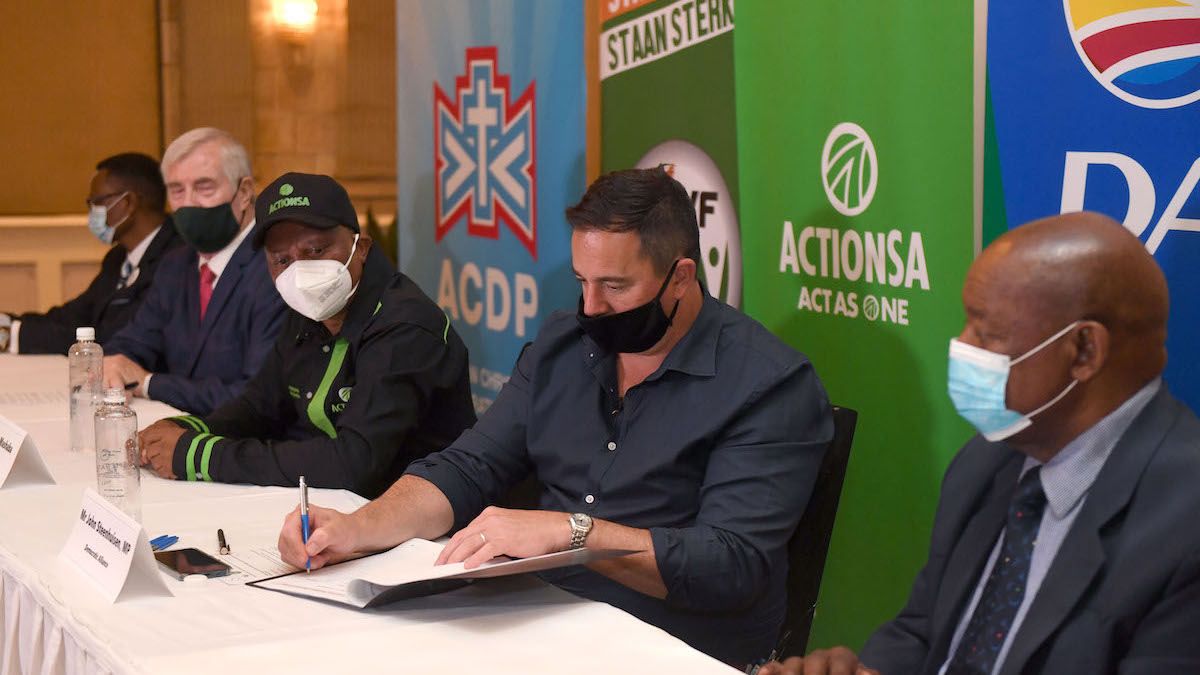 ActionSA’s withdrawal from the Ekurhuleni coalition agreement on Monday is the latest setback for multi-party mergers trying to bring a semblance of stability to municipalities. ActionSA’s national chairperson Michael Beaumont said the party had decided to withdraw and opted to become a constructive and robust opposition party. This is just the latest blow to the stability of the minority government currently leading the Ekurhuleni Metropolitan Municipality after Tania Campbell’s removal and then reinstatement as mayor in a short time. BizNews correspondent Michael Appel spoke with Dr Corné Mulder, the Western Cape leader of the Freedom Front Plus, but in his capacity as the chairperson of the coalition technical committee. He is candid about the difficulties they’ve faced in bringing together so many different parties to form minority governments, as is the case in Ekurhuleni. Mulder admits that the continuous in-fighting between parties is robbing the alliance of valuable energy it should be expending on service delivery, never mind tarnishing the image of the workability of coalitions as an alternative to one-party rule come 2024. – Michael Appel

Excerpts from interview with chairperson of the coalition technical committee, Dr Corne Mulder

We started off on a very positive note and there was a lot of agreement and excitement in terms of doing this. It took us a while to put everything together because we needed to negotiate these governments. It was quite complicated to find a balance between the different parties. I think looking back, with hindsight, what we have tried to do is steer that process in a constructive and a positive way to facilitate representing the parties. We’ve got the steering committee which has two representatives per party, and in most of these coalitions we were seven parties involved. So we’re talking about a body of about 14 people. Sometimes there are different dynamics on a local level. Because on local level you’ve got the different representatives, the councillors themselves, all the different political parties, and it’s not all that easy to understand that. But for example, in the technical committee we’ve got very good cooperation between the different parties. We know each other, we cooperate, we work together, and we’ve got a very good, positive attitude to the whole process. But that does not necessarily mean that the same positive approach filters down to the local level in the council itself, where you have councillors from different parties that need to cooperate on the same basis. Although you might find each other on the technical committee, it seems that it’s not necessarily happening on the local level.

It was extremely difficult because most of those parties have never governed anything. We had to find some common ground. We had some experience from what we saw in 2016. Those coalitions of 2016 basically all failed because there was no coalition agreement in that sense and it was basically loose arrangements in terms of who will govern, in terms of you will be the mayor or the speaker, etc. And that’s why they failed. So we realised we needed a comprehensive coalition agreement and that was negotiated. We also realised that governing and putting together of the government itself was the last thing that we came to. We started off with agreeable, fundamental principles that we have in common in terms of policy that we need to implement, service delivery, and all those things and that in the end it took a while, but I think that was essential for any attempt to form these coalitions.

On ActionSA withdrawing from the Ekurhuleni coalition agreement