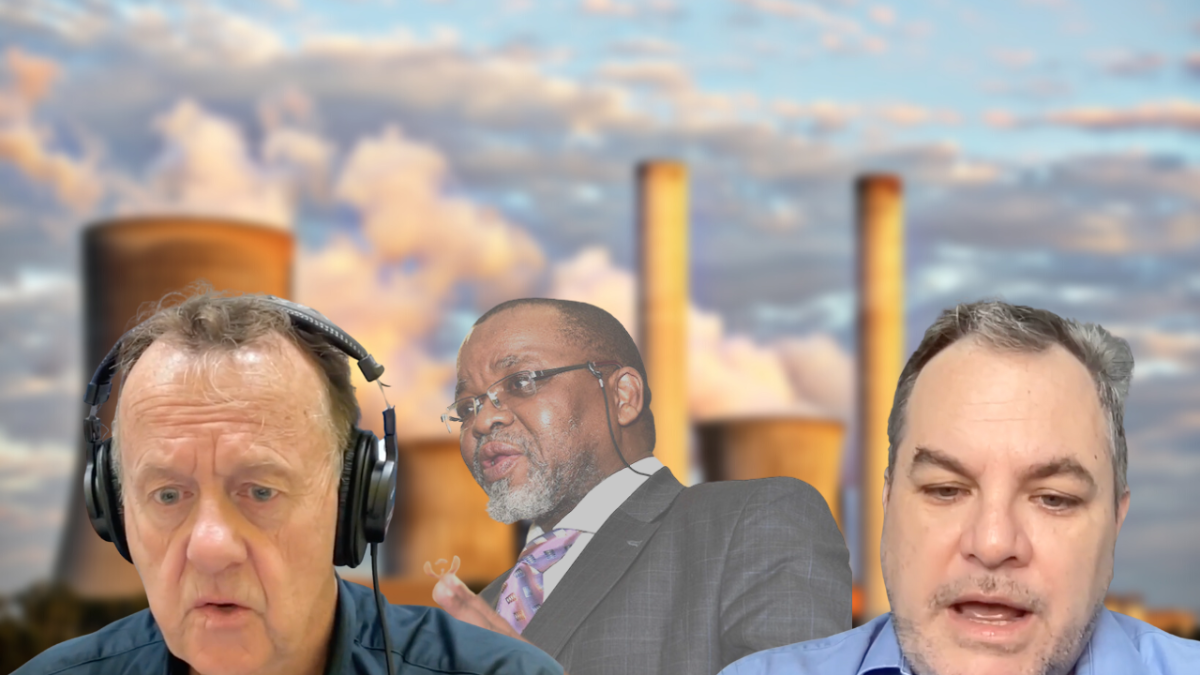 Kevin Mileham, the Shadow Minister of Minerals and Energy, explains how the ANC blundered when appointing Gwede Mantashe to the portfolio responsible for SA’s electricity supply. The record shows that in under four years since taking charge, Mantashe has made one mistake after the other, his deliberate actions contributing greatly to the country’s current loadshedding crisis. Mileham says Mantashe’s obsession for coal and nuclear solutions reflect a man who is badly out of touch with reality – while his obstruction of private sector solutions is based purely on the ideological ground of a hard boiled communist. There is hope, however. Mileham says the ANC Elective Conference may well force Ramaphosa’s hand and force him to fire his long-time political ally. He spoke to Alec Hogg of BizNews.

Timestamps of interview below:

Excerpts from the interview with Kevin Mileham

Kevin Mileham on what a shadow minister is

So it means that I am the opposite number to the minister. I am Gwede Mantashe’s opposite number and I hold him accountable. I call him out when I see that he’s doing something wrong. I put proposals and suggestions on the table. The Democratic Alliance, as the official opposition, has shadow ministers that basically counter every single minister in Ramaphosa’s cabinet.

On the loadshedding crises and Gwede Mantashe

The history of loadshedding goes back a long way. The crisis that we find ourselves in – Eskom identified it way back in 1998. The White Paper on Energy said that if we didn’t build new generation capacity by 2007, we would be in a loadshedding crisis or we would be in an electricity crisis. Nothing was done. And then in about 2006, 2007, the government suddenly caught a wake-up and took out massive loans from the World Bank to build Medupi and Kusile, neither of which is complete. Kusile only has one unit out of six operating and Medupi has about four out of six at the moment. But the situation is that Gwede Mantashe has been around for the entire time that this crisis has been with us. He was the secretary-general of the ANC when Medupi and Kusile were being built and he oversaw Chancellor House acquiring a stake in Hitachi, the boilermakers at the time. There was a lot of corruption and exposure around that. Chancellor House is the ANC’s investment arm and Mantashe oversaw that. Since 2019, he’s been the Minister of Energy and Minister of Mineral Resources and Energy. Mantashe comes from a coal mining background. He was a unionist and he was very involved in coal mining. He has a vested interest and a constituency that is based in the coal mining sector. His support base comes from the coal mining sector and it’s for this reason that the ANC is finding it difficult to hold him accountable.

On the issues with Gwede Mantashe

The first issue that we have with Minister Mantashe is his overwhelming support for the fossil fuel sector and his reluctance to open the market to renewable energy. We need to acknowledge that there is no appetite for investment in fossil fuels. No financial institution in the world wants to put money into building coal fired power plants. It’s just not there. The one private coal fired power plant that was proposed to be built in South Africa is now no longer being built because the finance has been withdrawn. We’ve seen that there’s no real appetite for investment in nuclear energy in South Africa. The appetite for nuclear energy worldwide has declined. The biggest users of nuclear power in the world as a percentage of power production are the French. And even there, the availability of their nuclear power in the last two years has declined substantially. Now they use the exact same technology that we use at Koeberg and Koeberg is going through a life extension programme at the moment – moving from fossils to nuclear.

The other issue that we’ve got, both with fossil fuel and nuclear, is the length of time it would take to build those new generation plants. To build a nuclear power plant, you’re looking at something like 15 years. We’ve seen with Medupi and Kesile, where the initial time frame was seven years, we’re now past 14 and neither of them are complete. So it takes a long time to get them operating and adding to the electricity grid. We need electricity right now. The crisis is immediate. The crisis is 15 years old and we need to address that crisis now if we are going to rescue our economy. The third issue is where do you build this new generation capacity in South Africa? Eskom has come out and said we don’t have the money to build a new generation. And the state doesn’t have the money to build a new generation. So it’s got to be from outside the state. So Eskom 2.0 is a non-starter from a financial perspective. There’s just no no time and no money for the state to build it. So that means that we’ve got to bring in new generation from outside if it’s got to be independent power producers adding to the grid. Which opens up a whole other problem because our grid capacity is a little bit constrained. And we saw that in the latest bid window that was announced last week, where, of the 6000 gigawatts of generation that were offered for renewable energy, only about a thousand was actually taken up. And the reason for that is because we don’t have any offtake capacity on our grid in the Eastern Cape, Western Cape and Northern Cape, which is where most of our wind and solar resources reside. So we’ve got a perfect storm that Mantashe is playing on the wrong playing field. He’s playing in the wrong space and should be playing where he can get more generation as quickly as possible. That’s primarily in the renewables space. Obviously, we need to look at a diverse mix of electricity supply, but we need to add generation as quickly as possible.

Firstly I think that a lot will rest on what happens at the ANC’s elective conference this coming weekend, where if Ramaphosa’s support declines or if there’s any significant changes, he’s going to have to have a cabinet reshuffle, probably in January, and he’s probably going to have some cabinet reshuffle anyway. So there may well be an opportunity to move Mantashe out of mineral resources and energy, where he has been an absolute disaster from day one. So that’s the first hopeful sign. And it’s something that we obviously are pushing for quite strongly. In fact, I would prefer to see Mantashe out of the Cabinet completely.

The second issue that we’d be looking at is obviously an early election. That’s something that the DA has called for. We are of the opinion that President Ramaphosa is rapidly losing the mandate of the country, the ANC is losing the mandate of the country, and that we should have an early election and go to the polls and try and get that Rainbow Alliance in place earlier rather than later. The other thing that we’ve got to do, and it’s something that the DA is busy with where we govern, is we’ve got to try and free ourselves from overreliance on Eskom. In the Western Cape, the provincial government has been working for a couple of years now on its Municipal Electricity Resilience Programme, where they are assisting municipalities to put in place their own generation – to purchase from independent power producers, to put in feed-in tariffs, and to incentivise domestic, commercial and industrial consumers and ratepayers to put their own embedded generation on the roofs of their houses and premises and feed back into the municipal grid. And so reduce the demand overall. We’ve seen initiatives like in Stellenbosch where they put solar panels on the roofs of all the municipal buildings. In George, they’ve put up solar powered street lights to make things safer when there is loadshedding. In other places we’ve got battery backups for traffic lights so that road intersections are safer as well. All of these are initiatives that DA governments are putting in place to try and reduce the demand on Eskom, make our country safer for its citizens and attract foreign investment. And we’re seeing it pay off because the Western Cape is streets ahead of the rest of the country when it comes to investment, when it comes to unemployment. It’s the best place in the country to look. And part of that is because we are doing so much to address the energy and electricity crisis.