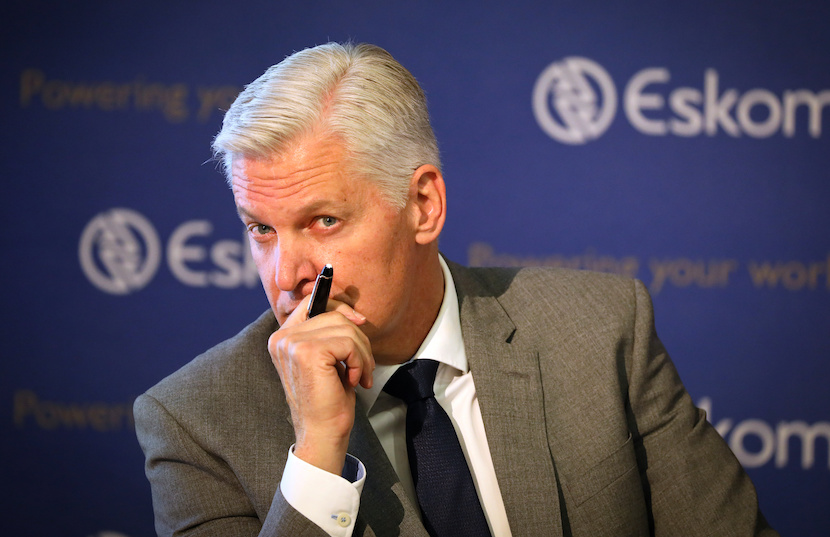 Eskom has briefed Parliament on its expected performance over the next 12 months, with a shocking acknowledgement that in a worst-case scenario, South Africa will have loadshedding for 11 out of the next 12 months. South Africa has experienced loadshedding for just over 90 days already this year, costing the economy tens, if not hundreds, of billions. In late June, stage 6 loadshedding was triggered as over 18,000MW of generation capacity was unavailable due to unit breakdowns as well as a wildcat strike and sabotage at power plants. Addressing the nation in late July, President Cyril Ramaphosa explained that: “South Africa has installed capacity to produce approximately 46,000MW of electricity, and at peak times we use about 32,000MW of electricity. However, only 60% of this installed capacity is available at any given time due to some units going through planned maintenance and others having unplanned outages.” The average age of Eskom’s fleet of power stations is 41 years. It’s old and it’s not maintained well. Ramaphosa’s sweeping energy reforms – applauded even by many of his critics – will have the intended impact but they won’t happen overnight. There are many dark days and nights ahead, as Hanno Labuschagne explains in the piece below first published on MyBroadband. – Michael Appel

Eskom has provided a dismal outlook for its anticipated power system performance in the coming 12 months, with its worst-case scenario requiring 326 days of load-shedding.

The power utility delivered the forecast during a recent presentation to Parliament’s Joint Portfolio Committee on Public Enterprises and Mineral Resources.

To estimate the amount of loadshedding Eskom would have to implement in the near future, the utility uses a base case scenario that assumes a certain amount of its grid will be unavailable due to unplanned outages and other losses.

It also includes about 2,200MW of emergency operating reserves like its open-cycle gas turbines (OCGTs) within its generating capability.

In its latest outlook, Eskom assumes it will have 13,000MW of unavailable capacity throughout the year, a change from its previous approach, where it used 12,000MW of outages for the summer months.

Even in this “better” scenario, Eskom expects to implement up to 24 days of stage 1 load-hedding between September 2022 and August 2023.

The more medium-risk assumption adds a further 1,500MW of unpredictable capacity. That sends the outlook to 203 days, with stage 2 being the most frequently required level of loadshedding.

In the worst-case scenario, which assumes a base case plus 3,000MW of at-risk capacity, the utility would have to implement loadshedding on 326 days (89%) of the year.

It is worth noting that Eskom has regularly found itself with unavailable unplanned capacity losses over 15,000MW in recent months.

That would fall in between the medium-risk and worst-case scenarios.

The table below summarises Eskom’s plant performance and loadshedding outlook for September 2022 to August 2023.

In the medium-risk and worst-case scenarios, it is important to note that Eskom would have to burn more diesel to run its OCGTs to keep to the indicated loadshedding stages.

For example, under the worst-case scenario, Eskom said it would have to burn R8.95bn in diesel in December 2022 to avoid going higher than stage 3 loadshedding.

The utility said history has shown that it was impossible to burn diesel worth more than R2.4bn per month due to the physical limitations in transporting the fuel.

Therefore, where the plan showed a diesel usage greater than this, South Africans should expect additional stages of loadshedding.

That means under the medium risk case, the stage of loadshedding required would be higher than stage 2 for five out of 12 months.

Under the worst-case scenario, it will be higher than stage 3 throughout the year.

Fortunately, there is a glimmer of hope that loadshedding’s severity could be substantially relieved over the next two and a half years.

Eskom provided details of 23,294MW of generating capacity expected to come onto the grid during this time.

“Successful implementation of all the initiatives will greatly reduce the risk of loadshedding,” the utility said.

The timeline and amount of capacity expected to be added to the system are as follows:

To bring all this generation online would require plant performance to improve according to Eskom’s generation recovery plan to address load losses, including those at Kusile units already in operation.

It also includes the commissioning of two new Kusile units and the return to service of Medupi Unit 4, which suffered a devastating explosion in 2021.

“Timing of new generation capacity is dependent on the market response and regulatory processes,” Eskom said.

The utility added that demand management interventions would help free up a further 1,450MW of capacity.

The utility provided the chart below to break down which capacity is expected to come online over the next two and a half years. Eskom JET is short for “just energy transition,” which includes its battery storage projects.