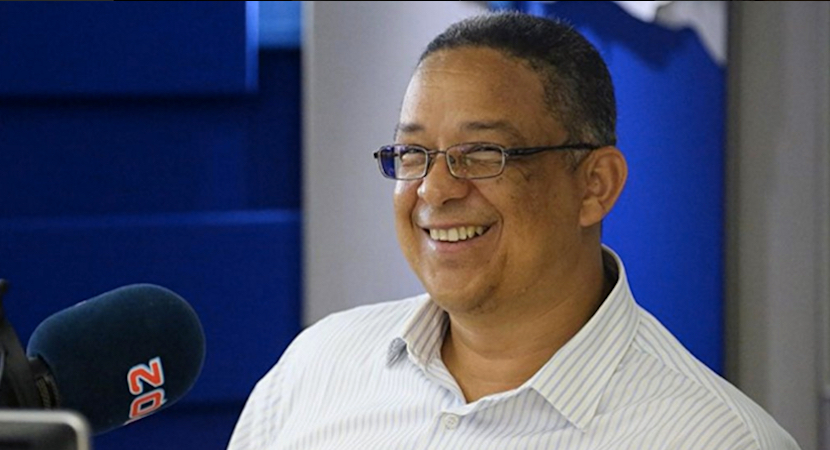 It doesn’t get any more cloak and dagger than when the head of South Africa’s Hawks police unit lays charges of treason against the head of the Independent Police Investigative Unit (IPID), – whom he claims has been plotting to overthrow President Jacob Zuma and his government. Hawks chief, Prince Mokotedi says IPID’s Robert McBride, arch corruption buster, Paul O’Sullivan and his own (Hawks) predecessor, Shadrack Sibiya met secretly to hatch this plot, which includes a media propaganda onslaught designed to create the conditions for an Arab-Spring type revolt. Short of being laced with deliberate cynical humour, aliens and time-travel, Douglas Adams, would be hard put to construct such a fantastic novel. We could only vainly wish that the dramatis personae, the plot and the inadvertent humour, were confined to the covers of some recreational novel. But this is deadly serious stuff; The plotters also allegedly include AfriForum and Czech fugitive Radovan Krecjir, and actually were (still are?) planning to assassinate President Jacob Zuma, Mokotedi claims in his affidavit, upon which charges, based on his anonymous ‘sources’ are now being formulated. McBride, whom we must add, has his own chequered history, has challenged Mokotedi to join him in an independently verified polygraph test, to check the veracity of his outlandish claims. He says sure, he spoke to these people, but in the course of ongoing IPID investigations. Pieter Dirk-Uys – where are you now? This is award-winning material! – Chris Bateman

Mr McBride noted the Mail and Guardian story alleging a conspiracy involving himself, Paul O’Sullivan, Shadrack Sibiya and Candice Coetzee. He remarked that the allegations were “yet another desperate attempt to implicate me and others in wrong-doing – which attempt can never succeed.” The alleged charges include treason, espionage, conspiracy to commit murder, corruption, intimidation and harassment, defeating the ends of justice and tax evasion, among others.

The Executive Director said that since his appointment at the IPID, there had been unsuccessful attempts to bring fabricated cases against him and his colleagues. The charges against him were withdrawn in court. He indicated that since his appointment, he had become aware that there were “hare-brained schemes” which were continuing to this day. He referred to another plot involving the Hawks and a Col. Mannie Fourie in which an alleged plot was recorded at the behest of the Minister. He said: “It is no secret that the Minister of Police has been persistent in trying to get rid of me and keep me from returning to my job. The Hawks have been useful tools in that quest.”

Mr McBride referred to his recent challenge in the Constitutional Court and the High Court and expressed his belief in Constitutional democracy and upholding the rule of law. He indicated that those who are targeted have done more to uphold the rule of law in South Africa than the thugs who abuse state power for an ulterior purpose.

The Executive said that earlier in the month, he had a meeting with General Phahlane in order to discuss issues of mutual interest.

Mr McBride challenged General Prince Mokotedi to take a polygraph test with him live on TV.

He said: “Paul O’Sullivan has provided credible information to the IPID. It is notable that matters that were reported by him against both Generals Ntlemeza and Phahlane, while I was on suspension, were never investigated by IPID. On my return I ordered that they be investigated. That is why there is this push-back.”

Robert McBride says it remains his duty to defend the independence of IPID, following reports of a fresh probe against him. #eNCAheadlines

McBride expressed his concern that this latest action by the Hawks was meant to frustrate IPID investigations into very senior policemen.

He raised a concern that according to General Mokotedi’s own affidavit, he was informed by a source and saw it fit to open such a serious case without verifying the allegations.

Mr McBride said that “the Hawks are fabricating cases against innocent people instead of fighting crime, which threatens our democracy. As South Africans we should all be concerned that we have such people heading institutions in the criminal justice system.”

He said there was nothing untoward about the meeting that took place on 3 December 2016 in Bedfordview which he attended. The meeting was about Paul O’Sullivan’s “Joining the Dots” document.