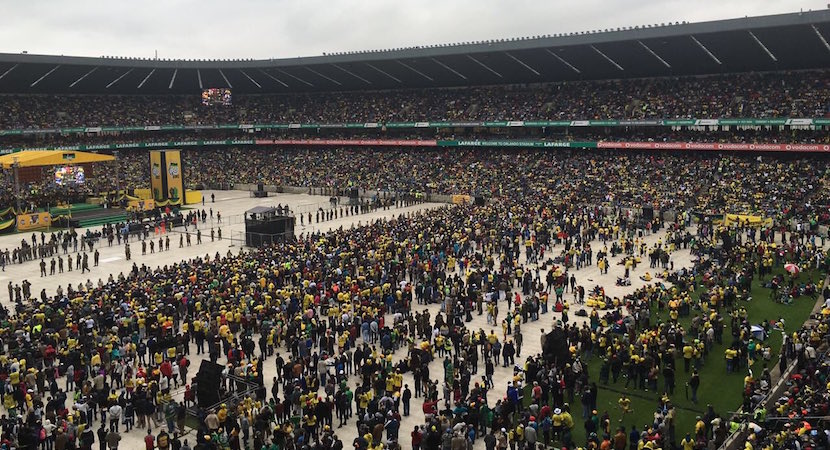 The new movie about Florence Foster Jenkins (starring Meryl Streep as the tone deaf heiress) reminds us that if you’ve got enough cash, even the biggest arena can be filled. There are always people with lots of time on their hands.

But the problem with the “rent-a-crowd” approach is when the cash to pay them gets diverted from more useful avenues. The EFF is right to question who paid for the ANC bussing in 12 200 people from Mpumalanga to attend yesterday’s party in Soweto. It’s no small sin if that R21m did indeed come from the public purse.

Money and politics have long been close bedfellows, so always require close monitoring. Some good news, though, is the power of filthy lucre may have started to wane.

Transparency of the US electoral processes show us Barack Obama outspent his defeated rivals with campaigns costing over a billion dollars – $593.9m in 2008 and $630.8m in 2012. But in last year’s election, victorious Donald Trump spent only half that of the better resourced Hillary Clinton ($238.9m against $450.6m). What was that about not being able to fool all of the people all of the time?