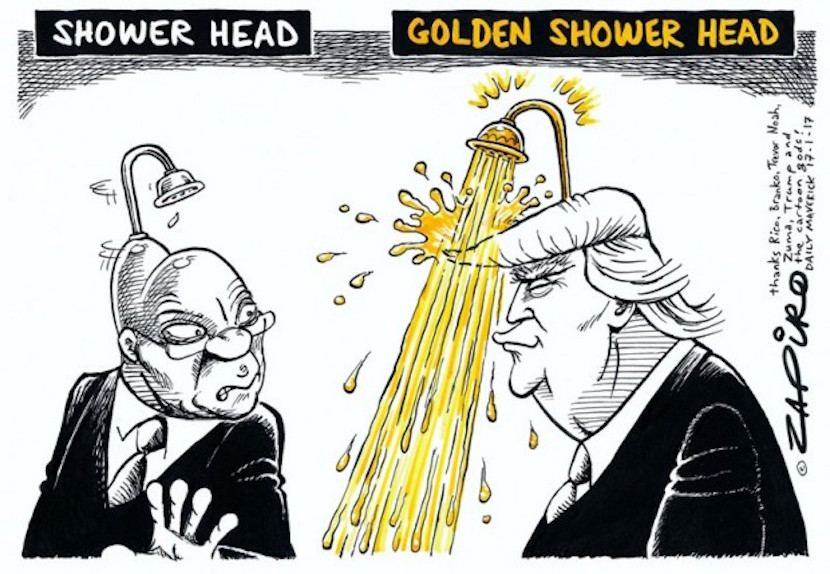 With the first month of 2017 behind us, we already know it’s going to be a year to remember.

Donald Trump started with a flourish, but he’s following a very flawed playbook, one which ignores the reality of unintended consequences. You can’t run a country like a property business. My full argument is on Biznews Premium this morning.

In SA his equally misguided counterpart Jacob Zuma has again been flying kites to gauge how the country will react to replacing respected finance minister Pravin Gordhan with disgraced former Transnet and Eskom CEO Brian Molefe.

That would be crazy on levels stretching beyond Molefe’s tears over his mythical Saxonwold shebeen. Maybe someone should show Zuma the results of Neotel’s investigation into Homix, the Transnet tender-skimming scam that flourished while Molefe ran the show there. It’s an open and shut case of corruption. So obvious that even the innumerate cannot fail to “get” it.