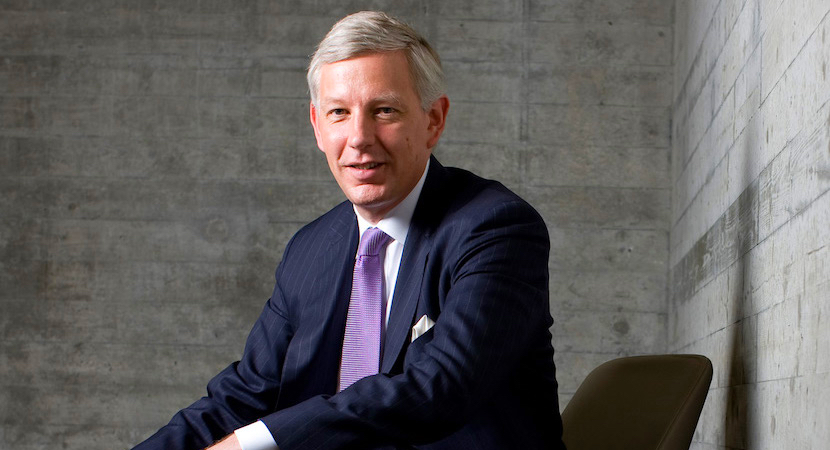 McKinsey declares that bribery and corruption are unacceptable and inconsistent with its values. You say that you expect your employees to act lawfully, ethically and in the public interest.

You go so far as to publicly state that McKinsey:

“expressly prohibit(s) any form of bribe, kickback, or any other offer of pecuniary value, or political contribution to any public official or private-sector employee, to cause that official or employee to act or refrain from acting in connection with the operation of McKinsey or to obtain a competitive advantage.

“We have strict policies and professional standards that apply to every member of the firm. Any potential breach of these ethical standards is subject to comprehensive investigation, with appropriate action taken.”

Yet, you have failed to act in the interests of the South African public by obfuscating the truth about relationships between senior employees at McKinsey and corruption-tainted players at state-owned entitites such as Eskom and Transnet.

These allegations are not new. Evidence against the Gupta family, former public entity CEO Brian Molefe and many others in the state sector who are connected to McKinsey has been building in the public domain for not far off two years.

We assume that your communications division keeps you abreast of all news of relevance to McKinsey. News outlets have highlighted corruption and state capture connected to lucrative contracts awarded by Eskom, Transnet and other companies. The former Public Protector, Thuli Madonsela, exposed allegations of corruption on a grand scale – connected to the ruling clique around President Jacob Zuma – in a report before she left office a year ago.

Former finance minister Pravin Gordhan has estimated that the Gupta family has plundered at least R100bn from South African state resources. McKinsey is among the beneficiaries of this plundering.

Yet your colleagues in South Africa have denied any wrongdoing on an institutional scale, passing the buck to employee Vikas Sagar as a ‘rogue’ operator and obfuscating the true facts in a long-winded and overly complex investigation.

Although McKinsey instituted this internal investigation, it seems to be taking a very long time for you to convince yourself of facts that are obvious to the South African public. In particular, McKinsey has allowed itself to become compromised by facilitating kickbacks in order to keep state business. This is the subject of a South African police investigation.

The McKinsey name has become synonymous with state capture and irregular state transactions in South Africa. There is a library of evidence in various reports from independent NGOs and in the treasure trove of emails known as #GuptaLeaks, which were recently authenticated as admissible in court by Forensics for Justice.

Corruption Watch is planning to ask the US Department of Justice to probe McKinsey, while South African Public Enterprises Minister Lynne Brown has told Eskom to investigate taking legal steps against the consultant and Trillian, reports Bloomberg. The opposition Democratic Alliance has filed charges of fraud, racketeering and collusion against the US firm and also plans to contact the DoJ about the work for Eskom.

Despite the public outcry, McKinsey has failed to take decisive action to make good on its wrongs.

We have some questions we would like you to answer:

What are you doing to address McKinsey’s complicity in state capture and corruption?

How can you see this as aligned with your stated policy of applying strict anti-corruption policies to every member of your firm?

Why is it taking so long for your internal investigators to come to conclusions that are obvious to South African citizens?

Why has McKinsey not taken any decisive action against senior employees who have at the very least turned a blind eye, though most likely allowed, McKinsey to benefit from irregular contracts?

When will your internal investigation be complete? Will you convey the full findings to the South African public in a transparent and comprehensive report?

It is common knowledge that the Gupta family has amassed huge sums of wealth in a short period of time by harnessing its political connections. The McKinsey brand appears to have been used to facilitate this criminal activity.

Mr Barton, you position yourself as a global thought leader and are on record as saying that global leaders require a long lens today and that an organisation like yours needs to grow a network of leadership to cope in a volatile world.

What does your long lens tell you about the future role of McKinsey in South Africa?

How is McKinsey developing this leadership network in South Africa and what does this look like in practical terms?

Do you think McKinsey will survive the #GuptaCurse? Why?

We look forward to your responses, in the hope that you can play a leadership role in arresting the rot that has set in here in South Africa as a result of corrupt individuals at corporates and state entities working together.

We are a values-driven organization and aspire to meet the highest professional, legal, and ethical standards.

We support the rights of employees, consistent with local laws, to freely associate and to take part in collective-bargaining processes if they choose to do so.

We aspire to meet the highest professional, legal, and ethical standards. To this end, we expressly prohibit any form of bribe, kickback, or any other offer of pecuniary value, or political contribution to any public official or private-sector employee, to cause that official or employee to act or refrain from acting in connection with the operation of McKinsey or to obtain a competitive advantage.

We have strict policies and professional standards that apply to every member of the firm. Any potential breach of these ethical standards is subject to comprehensive investigation, with appropriate action taken.

Our policies on employees’ health and safety adhere to the highest standards, and we provide appropriate training to all our staff.

Our Ombud program is available to help firm members with a variety issues including managing interpersonal or inter-team conflicts, questions about firm values, ethics, and professional conduct, and work/life balance concerns.

Beyond our own firm, we take seriously our commitment to assist organizations and grass-roots initiatives that promote human rights and tackle forced-labor and child-labor practices. We provide expertise and support to a wide range of philanthropic, civic, and cultural organizations that work on these issues and have partnered closely with nongovernmental organizations at both a global and local level through diverse pro bono activities and memberships.

Dominic Barton is the global managing partner of McKinsey & Company. In his 30 years with the firm, he has advised clients in a range of industries, including banking, consumer goods, high tech, and industrials. Prior to his current role, Dominic was based in Shanghai as McKinsey’s Asia chairman from 2004 to 2009. He led the Korea office from 2000 to 2004. He is the chair of the Canadian Minister of Finance’s Advisory Council on Economic Growth and the chair of the Seoul International Business Advisory Council. He is also a trustee of the Brookings Institution, a member of the Singapore Economic Development Board’s International Advisory Council, and a member of the boards of Memorial Sloan Kettering in New York City and the Asia Pacific Foundation of Canada.

Dominic is the cochair of the Focusing Capital on the Long Term initiative along with Larry Fink (BlackRock), Andrew Liveris (Dow), Cyrus Mistry (Tata), and Mark Wiseman (BlackRock). The initiative seeks to develop practical structures, metrics, and approaches for longer-term behaviors in the investment and business worlds. Dominic has authored more than 80 articles on the role of business in society, leadership, financial services, Asia, history, and the issues and opportunities facing markets worldwide.

He is a coauthor, with Roberto Newell and Greg Wilson, of Dangerous Markets: Managing in Financial Crises (Wiley & Sons, 2002) and of China Vignettes: An Inside Look at China (Talisman, 2007). Dominic has received multiple awards for his business leadership and contributions to the communities in which he has lived and worked. In February 2013, he received the Order of Civil Merit (Peony Medal) from former President Lee of South Korea, and in August 2014, he was awarded the Singaporean Public Service Star (Distinguished Friends of Singapore). He is a Rhodes trustee and an Honorary Fellow at Brasenose College, Oxford. He is also an adjunct professor at Tsinghua University in Beijing. He graduated from the University of British Columbia with a BA Honors in economics and studied as a Rhodes Scholar at Brasenose College, Oxford University.

Dominic Barton is the global managing partner of McKinsey. He is based in London and leads the firm’s focus on the future of capitalism and the role business leadership can play in creating long-term social and economic value.