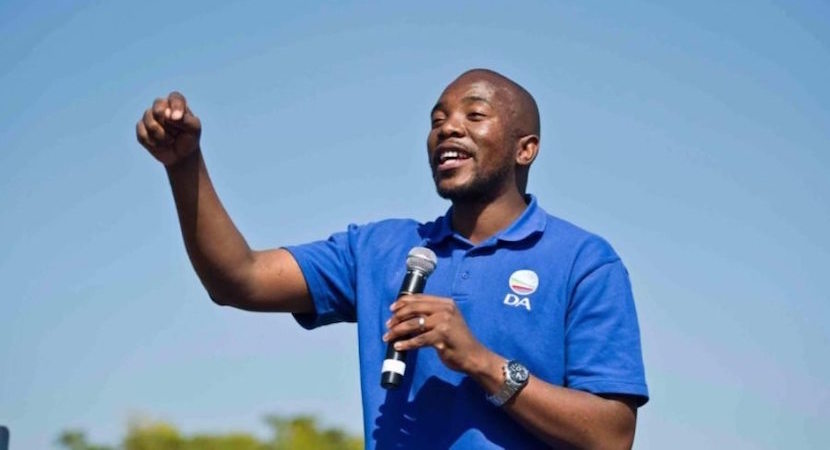 JOHANNESBURG — Minister Malusi ‘Gigabyte’ Gigaba’s mid-term budget speech this week spooked markets and painted a deeply negative picture of the economy. While analysts have admired Gigaba’s frank assessment of the country’s state of affairs, he seemingly has no plan to fix it. With state debt soaring out of control and tax revenues plunging, further tax hikes are definitely on the cards for February. But, as DA leader Mmusi Maimane says, we deserve better than this. In this weekly note from Maimane, he outlines what can be done now to start slowly turning the tide. It’s the kind of talk that Gigaba should have given this week. The only problem is that Gigaba is paralysed by an ANC that only cares about itself and seemingly not the people of South Africa anymore. – Gareth van Zyl

They say numbers speak louder than words. This is certainly true of Finance Minister Malusi Gigaba’s mid-term budget speech this week. The numbers were practically screaming, telling us we’re fast running out of money. And our rand responded accordingly, dropping about 3% against the dollar. Our national financial situation is bleak and the outlook bleaker still – unless we make some bold, brave changes.

South Africa’s children deserve so much more than the legacy we are creating for them to suffer or sort out. Our government is delivering a textbook case on how to set the next generation up for failure: give them the worst education in the world, and then bequeath them a large, expensive debt burden and a stagnant economy mired in capture and corruption.

Ironically, the ANC is handing over to the next government what the National Party handed to them: a high debt, low growth economy and a population ill-equipped to turn the situation around.

Despite recent tax hikes to the tune of an additional R28 billion boost, we’re expecting a revenue shortfall of R50.8 billion this fiscal year. Yet there are no plans to cut spending or even to overspend more efficiently. And no credible plans to boost economic growth, which is now projected to be just 0.7% for 2017, against expected average global growth of 3.6% (and 8.5% for Ethiopia).

On the contrary, the plan is to keep propping up (“recapitalising”) failing state owned enterprises with new loan guarantees (over and above the R300 billion they’ve already needed) and bailouts. SAA has already received over R5 billion since June and we’re set to fork out another R13.7 billion to keep it and the SA Post Office going, partly by selling our profitable Telkom shares. A bit like selling the family cow to buy more whiskey. Eskom has a R350 billion government guarantee and is a poster child for governance failures, corruption and operational inefficiency.

So our budget deficit – the amount by which spending exceeds revenue – will be 4.3% of GDP, significantly more than the projected 3.1%. And to plug the gap, we’re planning to borrow another R680 billion rand over the next three years.

Debt service costs have been our fastest growing item of spending, and will be 15% of our budget within three years, meaning for every R1 we have to spend, the first 15c will go to paying off debt. As confidence in our economy continues to fall, it will cost more and more to service debt, leaving less and less to spend on digging ourselves out of an ever-deepening hole.

Almost half of all spending by government is on wages and interest. This is extremely unproductive and unsustainable. It’s one thing to borrow to invest in things which could create growth and jobs for the future, such as a top quality education system or enabling infrastructure. Quite another to borrow money to fund a bloated, inept, patronage-driven state.

This approach to public finances is not just foolish, it’s also completely unfair on our children. South Africa has so much potential. So what are the bold, brave changes we need to make, to build a brighter future for our kids?

In Gigaba’s own words: “Restoring confidence is the cheapest form of stimulus we can inject”. Business and investor confidence has been annihilated by state capture and corruption. Gigaba is at the very heart of this problem, having played a central role in creating the mess he reported on this week.

His party is ideologically confused with no clear vision for our economy and no credibility. It is dying, if not already dead. The cheapest form of stimulus we can inject is to eject them entirely – completely sever their grip on our state.

Our country needs a fresh start; a social compact between the people and a new multiparty government, based on a shared commitment to combat corruption and build a capable, citizen-focused state.

This government must be prepared to take the bitter pills that can remedy our situation. We have to rein in our public sector wage bill and bring public sector salaries in line with comparable private sector jobs. We have to dramatically improve efficiency of delivery and procurement processes.

We need to invest heavily in the fight against corruption, including by adopting new Blockchain technology to make public finances management more transparent and less corruptible. We need to establish a powerful, independent, well-resourced corruption-busting unit, with strong investigative and prosecutorial capabilities.

We have to stabilize and sell off non-strategic, loss-making SOEs such as SAA and improve efficiency at the rest, by employing fit for purpose managers and directors and holding them to account.

We need to reject outright any further investment in nuclear, split Eskom into separate power production and distribution entities, and promote independent, decentralized power production from a diversity of sources.

We need to invest in quality education and training, and we have to build a system and culture of on-the-job skilling through apprenticeships, internships and national service.

We need to relentlessly promote small businesses and make it easier for entrepreneurs to access credit and support. They need a more flexible labour market that enables rather than deters job creation.

We must bring data costs down.

We need land reform that gives real ownership in the form of title deeds, rather than uncertain tenancy.

We need stable, coherent mining policies that are rooted in real-world considerations such as the need to be globally competitive.

Once the economy is growing and investment is coming back in, we can reduce the tax burden on the middle class that has been so overburdened recently, and who are really struggling to make ends meet. This will improve revenue collection and further boost growth.

We need all these things and more. But if there is one silver bullet, it is to eject the moribund ANC and give South Africa a new beginning. There is simply no other way to restore hope for our children’s future.