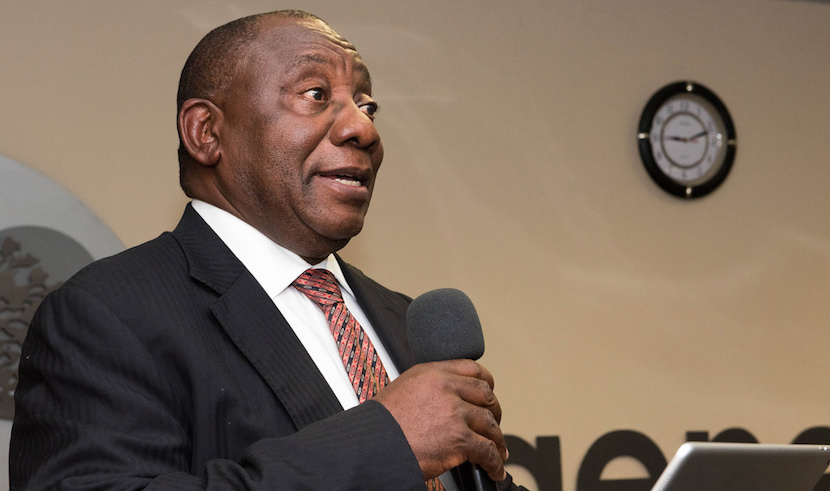 CAPE TOWN — While making Lindiwe Sisulu, daughter of party luminary Walter Sisulu, his running partner in the ANC leadership elections this Sunday is a boost, Cyril Ramaphosa knows it’ll probably boil down to a straight reformist/captured-Zuptoid clash. More branches have nominated him than his arch-rival Dr Nkosazana Dlamini-Zuma, and Ramaphosa will benefit from the delegates’ deep attachment to their struggle history, which Human Settlements Minister, Lindiwe Sisulu, represents.  But it’s still anybody’s game, with votes-for-cash rumours predictably swirling. It all comes down to the individual delegates when they face their moment of voting truth – regardless of slates or provincial party nominations. Interestingly Naledi Pandor, current Minister of Science and Technology- originally proposed as Ramaphosa’s deputy, garnered not a single nomination from the nine regions. I watched fascinated recently as an ad for the e-News TV channel revealed just how ignorant ordinary South Africans seem to be about who Nkosazana Dlamini-Zuma actually is. While most of those depicted won’t be voting this weekend – they will be in a year’s time. Another excellent reason why better-informed delegates need to help us save this country now. Relying on our courts alone won’t cut it. – Chris Bateman

(Bloomberg) — South African Deputy President Cyril Ramaphosa and Lindiwe Sisulu, the human settlements minister, agreed to “work together” in this weekend’s ruling party election, a pact that could boost both their chances of winning the top two posts.

Ramaphosa is a leading candidate to succeed Jacob Zuma as president of the African National Congress, while Sisulu’s own campaign for the job didn’t gain traction. She was nominated for deputy in four of the five provinces where Ramaphosa won the most branch votes. Naledi Pandor, the minister of science and technology, was originally put forward as Ramaphosa’s deputy but she didn’t secure any nominations from the country’s nine regions.

“Cyril Ramaphosa and Lindiwe Sisulu have agreed to work together to ensure that the wishes of the branches of the ANC are realized at the upcoming 54th national conference,” the candidates said in a joint statement on Thursday. “Both candidates continue to engage with branches that nominated them, as well as other stakeholders to ensure that the will of the branches is implemented.”

Ramaphosa is in close race with Nkosazana Dlamini-Zuma, the former chairwoman of the African Union Commission and Zuma’s ex-wife, for control of the 105-year-old party and the agreement with Sisulu, the daughter of party luminary Walter Sisulu, could bring in further support for him. The run-up to the vote by 5,240 delegates that’s scheduled for Dec. 17 has caused deep rifts in the ANC and unnerved investors seeking political and policy clarity.

Ramaphosa is an investor favorite, with Izak Odendaal, an investment strategist at Old Mutual Multi-Managers, expecting the rand and South African bonds to strengthen should he win and the opposite to happen if he doesn’t.