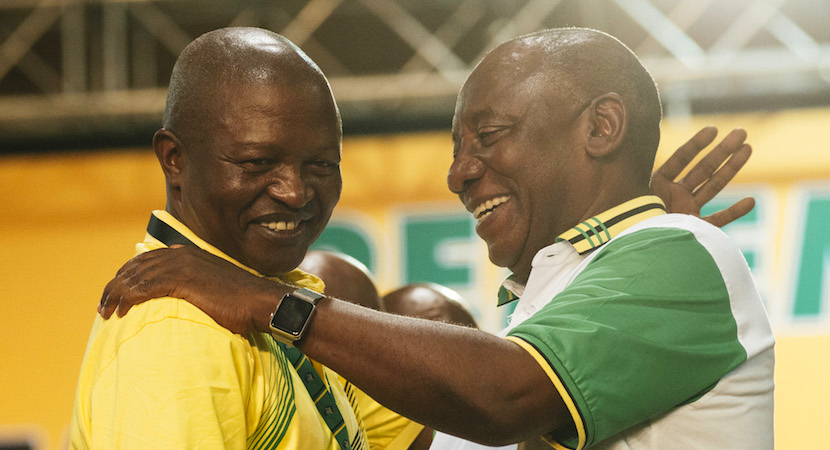 CAPE TOWN — Forensics for Justice founder, Paul O’Sullivan, is a past master at finding the powder and fuses to blow corruption up in the faces of prominent politicians and crooked law enforcement officials. Against the odds, he’s had major success, but would be the first to admit that under Zuma’s Zuptoids, captured cronies have been able to put out burning fuses before they reach explosive evidence. The fuse is burning fiercely on this story, the stockpiled evidence explosive, both criminally and politically. None other than the country’s newly elected Deputy President and outgoing Mpumalanga Premier, David Mabuza, allegedly victimised and singled out a farmer to further fake land claims in a scam, which if true, is breathtaking in its arrogance. It could sink Mabuza before he begins feeding in the bigger pond. There’s a restriction order against him and his provincial minions harassing and intimidating long-standing local land owner, Fred Daniel, whose claims of fraud are truly frightening. We seem to have the Mpumalanga equivalent of the siphoning off of taxpayer billions in the Free State’s Gupta-wedding-linked Estina Dairy scam where ANC Secretary General, Ace Magashule is cited. Good luck Cyril! Play your ace and; there’s more than one way to skin a cat. – Chris Bateman

Forensics for Justice have carried out an in-depth investigation, that leaves many unanswered questions. We have been calling for arrests in the land claims fraud case we opened in 2016 for a very long time. Our investigation, which included spending days on end waiting in queues at the Deeds Office in Pretoria shows that pretty much all the land restitution claims in Mpumalanga, under then MEC for Agriculture, David Mabuza and his friend and business associate Sonnyboy Maphanga were fake from the very get-go.

Was Mabuza culpable? Here are the facts, read them for yourself and then decide.

David Mabuza by GarethvanZyl on Scribd