JOHANNESBURG — The controversial SARS ‘rogue unit’ report, which KPMG withdrew last year, continues to haunt South Africa. On Friday, the Hawks moved to charge ex-SARS officials Ivan Pillay, Johann van Loggerenberg and Andries Janse van Rensburg in relation to allegations that a SARS project called ‘Sunday Evenings’ bugged the NPA offices in 2007. These charges against the trio emanate from a report that KPMG withdrew late last year after the auditing firm’s global head office conceded that the report’s conclusions, recommendations and legal opinions could not be relied upon. The auditing firm’s former SA CEO Trevor Hoole and 7 other executives resigned in September last year amid drama surrounding the report and the company’s work for the Guptas. Bizarrely, SARS Commissioner Tom Moyane thereafter held a press conference defending the KPMG report. The Hawks’ current charges against the ex-SARS trio also stem from a case opened by Moyane at a police station in Brooklyn, Pretoria in 2015. – Gareth van Zyl

(Bloomberg) – Three former employees of South Africa’s tax agency said the police’s Hawks investigative unit summoned them to appear in court next month to face charges based on a discredited report compiled by audit firm KPMG that was subsequently withdrawn.

Ivan Pillay, Johann van Loggerenberg and Andries Janse van Rensburg “emphatically deny the allegations” and will make representations to the National Prosecuting Authority to review the case, their lawyers said in an e-mailed statement. The Pretoria High Court is due to hear the case on April 9. 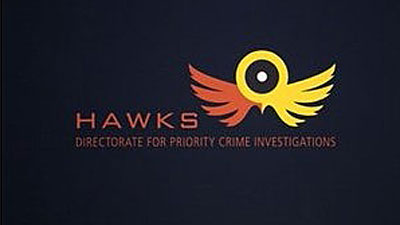 The KPMG report was used as evidence in a criminal investigations into the conduct of Pravin Gordhan, who was accused on setting up a rogue investigative unit during his tenure as head of the tax agency. The case against Gordhan, who subsequently became the country’s finance minister and is now public enterprises minister, was scrapped due to a lack of evidence.

Only Van Loggernberg could receive the summons in person. The summons was served at Messrs Pillay’s and Van Rensburg’s residences; however, they are out of town.

The charges for which they have been summonsed relate to investigations/documentary reviews that were conducted by KPMG on the instruction of the South African Revenue Service (SARS) since 2014. At the outset, it must be noted that the National Prosecuting Authority (NPA) had charged Mr Pillay in October 2016 on aspects from the same KPMG report. The NPA was later compelled to withdraw these charges as important exculpatory evidence – that was either withheld, hidden or not considered – was publicly disclosed, when the NPA’s decision to prosecute Pillay and others, including Minister Pravin Gordhan, was challenged by Freedom Under Law. The KPMG report has since been thoroughly discredited and KPMG itself has withdrawn the conclusions, findings and recommendations. KPMG and its auditors are now the subject of investigations by IRBA and SAICA.

Secondly, these charges arise from the same case – SAPS Brooklyn case number 427/05/15 – for which Messrs Pillay and Van Loggerenberg were summoned for warning statements in September 2016 by the DPCI. The complainant in SAPS case number 427/05/15 is the South African Revenue Service commissioner, Mr Tom Moyane.

At no point during the process of taking their warning statements were Pillay and Van Loggerenberg questioned on any allegations or facts which speak toon the latest charges. On the contrary, they offered to make representations to the DPCI and the NPA which were ignored. The process of concluding the warning statements at that time was never perfected because the docket was handed over to the NPA by the DPCI before Pillay and Van Loggerenberg were given a chance to be heard. Pillay and Van Loggerenberg are disappointed but not surprised by the latest behaviour of the NPA in this matter as they have consistently demonstrated clear bias and malice, which appear to have been driven by the concerns of Moyane.

It is for this reason that Freedom Under Law brought a court application in 2016 to review the conduct of the NPA Head, Shaun Abrahams and his deputies – Adv. Torie Pretorius and Adv. Sibongile Mzinyathi. Their behaviour is neither objective nor impartial.

Pillay, Van Loggerenberg and Janse van Rensburg emphatically deny the allegations against them and will rely on the integrity of the judicial process, which they are confident will vindicate them.

Van Loggerenberg, Pillay and Janse van Rensburg will be writing to the NPA to seek an opportunity for them to make representations.