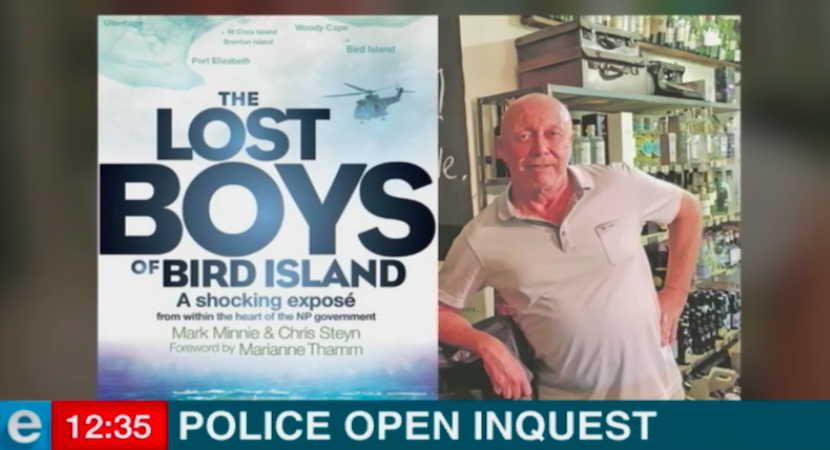 My weekend was spent absorbing a book all South Africans should read. Especially after the apparent suicide of co-author Mark “Max” Minnie two weeks ago. This book is a powerful reminder, especially for those who lived through the apartheid era, that there is so much we don’t even know that we don’t know.

The Lost Boys of Bird Island starts in the late 1980s when a police detective and an investigative journalist tried, independently and unsuccessfully, to expose a ring of politically powerful pedophiles. It took collaboration between them three decades later for this extraordinary tale to finally make it into the public domain.

Scepticism is required in the age of fake news. And this is a fantastical story. But having worked closely with co-author Chris Steyn, that isn’t a factor here. A journalistic thoroughbred to her cultured fingertips, I’d have gone to war for her. It surprised me her 1980s editors did not. But those were dangerous times. And her exposé did implicate three cabinet ministers.

The book leaves key questions for us to mull. Most obviously, the identity of the unnamed Nat cabinet minister, who still walks among us. And evidence raised by the authors suggesting “suicides” of two key actors were staged – raising alarm over the timing and manner of Minnie’s recent passing. We surely haven’t yet heard the last of this sordid tale.