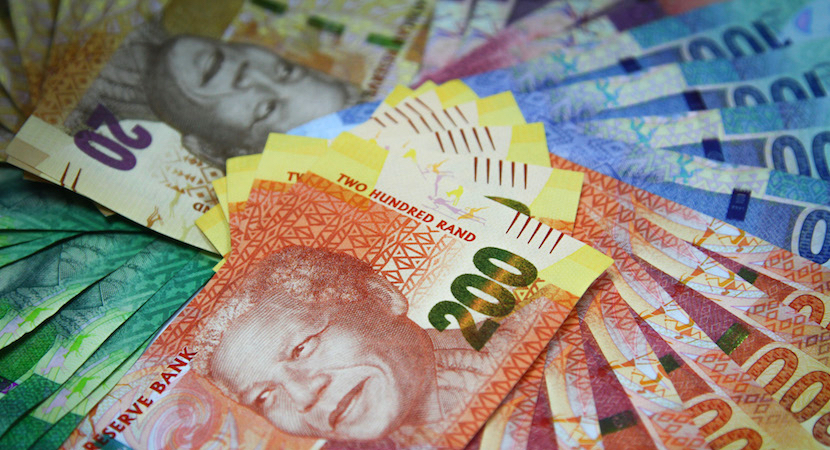 JOHANNESBURG — Over the last decade, South Africa has become a particularly litigious environment with those deemed to be Zuptoid backers consistently turning to the courts to try scare off the good guys with often frivolous cases. We saw this strategy for years with Zuma himself as part of his so-called ‘Stalingrad’ legal approach. Many of Zuma’s supporters have followed in his footsteps, but the damage that it has caused has been immense. Daily Maverick in this article sums up the impact on people’s lives. – Gareth van Zyl

The list of those who suffered professional and personal collateral damage due to the abuse of power and state resources in the State Capture project is long.

In 2015, legal firm Werksmans Attorneys, commissioned by then Minister of Police Nathi “Firepool” Nhleko (and paid for by you and me), submitted a report recommending that former Hawks head, Anwa Dramat, Gauteng Hawks head, Shadrack Sibiya, and IPID director, Robert McBride, be criminally charged for their alleged role in the now infamous bogus Crime Intelligence “Zimbabwe rendition” case.

The charges against Dramat, cooked up by former head of Criminal Intelligence Richard Mdluli, were withdrawn by the NPA three years later, in September 2018.

The story about the alleged “rendition” was first published in the Sunday Times.

Dramat, who was replaced by Nhleko with the pliant blunt instrument, Berning Ntlemeza, had been sidelined after requesting a docket relating to corruption surrounding then President Jacob Zuma’s multimillion-rand upgrade of his home at Nkandla.

Shadrack Sibiya, then Gauteng Hawks head, was also implicated by the Werksmans report. Sibiya, unsurprisingly, had been investigating criminal charges against Mdluli when he found himself replaced by Zuma stalwart, Prince Moketedi, as Gauteng Hawks head.

In Sibiya’s case, legal firm Hogan Lovells – also implicated in the decimation of SARS – was appointed by SAPS in Sibiya’s challenge of his dismissal in the Safety and Security Bargaining Council.

During Sibiya’s arbitration hearing in June 2016 counsel for SAPS, Advocate William Mokhari SC, withdrew and Hogan Lovells attorney, Phetheni Nkuna, announced that her firm was also withdrawing because SAPS had failed to pay “quite a substantial amount” for representing the police at Sibiya’s disciplinary inquiry the previous year.

Read also: Why Hawks are beyond symptomatic treatment – Paul Hoffman

In that instance, SAPS had claimed that Sibiya had been guilty of defeating the ends of justice and gross dereliction of duty in the “kidnapping” and killing two Zimbabweans who had allegedly been repatriated.

What are we to do in this regard when ministers engage large commercial legal firms to provide a legal opinion which is then relied on in court? Especially since Werksmans, when called to testify in the Sibiya matter, refused to do so and allegedly threatened Nhleko should he force them to defend their work.

McBride too has incurred substantial legal costs fighting Nhleko’s illegal suspension of him as director of IPID in 2015. McBride was also charged in the “Zimbabwe rendition” case but these charges were later also withdrawn. McBride has also had to deal with several other bogus charges initiated against him by SAPS.

The stomach-churning irony is that, at present, the state is not only picking up the substantial legal tab run up by former President Jacob Zuma in his bid to escape prosecution, now that he is finally Accused No 1, but also for former SARS Commissioner Tom Moyane.

In so doing, Moyane will be cushioned from the financial fallout of his ill-conceived R12-million defamation suit against former SARS spokesperson Adrian Lackay which he withdrew earlier this week. Lackay’s costs, however, will have to be carried personally.

The state (taxpayers in other words) will also pay the legal costs of three former apartheid-era cops who kidnapped, tortured and murdered MK operative Nokuthula Simelane in 1983. The three cops, Willem Coetzee, Alan Pretorius and Frederick Mong, were arrested in February 2016 and applied to the court to compel the SAPS to pay for their defence.

The state even forked out around R15-million for Wouter Basson – former head of the apartheid state’s chemical and biological warfare unit – in his disciplinary hearing at the Health Professions Council hearing which took place in 2015.

While the state is footing Moyane’s legal costs, the favour is not being offered for the botched prosecutions in the SARS “rogue unit” matter involving Gordhan, Pillay or Magashula despite the NPA and the DPCI alleging that they had all acted in their official capacities at the time.

In 2014 SSA agent, Pretoria attorney Belinda Walter, sued SARS as well as former head of the HRIU, Johann van Loggerenberg, in his personal capacity, for R12-million. Walter withdrew the matter in 2017, tendering costs. It is unknown whether SARS recouped these from Walter.

Taxpayers’ money was also used in SARS’s matters involving several individuals including Mark Lifman, Julius Malema, Gary Porritt and Martin Wingate-Pearse who attempted to use the “rogue unit defence” to have their tax bills re-audited.

Lifman, in his tax matter, relied on the so-called “Mundie memorandum” by Yegan Mundie, who headed a new “investigative unit” set up under Moyane’s watch. Mundie resigned from SARS in July just as an investigation into allegations of misconduct against him were finalised.

Kroon, testifying at the Nugent Commission earlier this week, admitted that the board he chaired should not have made the findings that it did based almost entirely on the Sikhakhane report.

So, what to do with those who were willingly or perhaps unthinkingly roped in to do the dirty and factional political work of targeting government officials who were viewed as obstacles? And what about the legal firms, the prosecutors, the ministers?

Prosecutor Anthony Mosing, who Booysen has alleged was one of a “cabal” along with then Minister Nathi Mthetwa and who plotted to arrest Booysen and other members of the “Cato Manor death squad”, is still at the NPA.

According to Booysen, Mosing had been “instrumental in the collusion between the NPA and Nathi Mthetwa since he was one of the advisers to the NDPP recommending my prosecution”.

Booysen said it was Mosing, also implicated in the charging of Dramat and Sibiya, who also “had a hand” in the withdrawal of charges by acting director of public prosecutions, Moipone Noko, of racketeering charges against former KZN speaker Peggy Nkonyeni and former KZN economic development MEC, Mike Mabuyakhulu, in what became known as the “Amigos Case”.

State prosecutor Advocate George Baloyi has been implicated in the hounding of and illegal arrest of forensic investigator Paul O’Sullivan and his attorney Sarah Jane Trent in 2017. O’Sullivan had initiated a complaint with IPID with regard to alleged corruption by former acting National Commissioner Khomotso Phahlane as well as dozens of other corrupt SAPS members.

The charges against O’Sulivan and Trent were later withdrawn. Considerable legal costs were incurred in this and other spurious matters.

The modus operandi by the NPA with regard to these cases appears to have been to decide to prosecute, sit by and idly watch as a lengthy and costly court process unfolded, only to withdraw later. It most certainly appears as if there is a malicious attempt at hurting those falsely charged in their bank accounts, the most effective way of screwing the small-ish guy.

Advocate William Mokari, who represented the NPA and SAPS in an attempt to allow Richard Mdluli to return to his job after his suspension, initiated Sibiya’s disciplinary hearing. Mokari in turn appointed a junior colleague, and Advocate Raymond Zondo, to chair Sibiya’s process.

Now that the depth and the scale of the State Capture project and how it hollowed out the state has been made visible, how do we deal all the suspects mentioned above?

Intelligence structures too were used and abused so much so that Crime Intelligence became the pivot on which much of the State Capture project rested. Perhaps it is time for the Inspector-General of Intelligence to investigate just how state resources were abused against good and committed men and women who were serving the country.

What too must become of Mthetwa, Nhleko, Mdluli, Fraser, Jiba, Mwrebi, and many others, as well as the smaller fish who were ordered to manufacture evidence to fortify a purge of honest officials?

It is inevitable that the charges against Sibiya, like in the case of Dramat, will have to be withdrawn. Sibiya will be saddled with the cost.

Many lives and careers have been affected and in some cases ruined in the lethal political factional battles of the Zuma years.

That there are no consequences for those who have abused their office for political ends hounding “opponents” cannot be allowed to go unpunished.

Private companies like Hogan Lovells, KPMG, Werksmans, Bain and many others who aided and abetted the Zuma political project, have been seriously exposed for their willingness to put profit above professionalism. At least we know that this sector, in future, might not be so willing to collude with the deplorables. DM