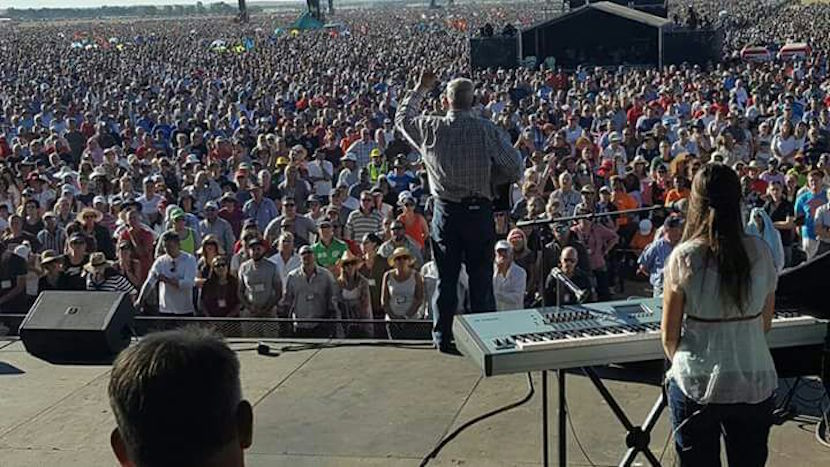 Captured president Jacob Zuma had just fired Pravin Gordhan (March 31) opening the way to a massive corrupt nuclear deal with the Russians that would mortgage future generations. His new Public Protector was targeting the SA Reserve Bank, one of the last bastions of hope. If ever the country needed a miracle, this was the time.

Enter evangelist Angus Buchan, who, in just six weeks, put together a two hour prayer meeting at a farm near Bloemfontein. It was attended by one and a half million christians. He told me God called him to do this because “the country is in such a mess…there’s just no hope.” Barely a month later, Gupta Leaks exploded into the public arena. And the game changed. Completely.

In three weeks’ time, October 27th, Buchan will host another mega-prayer meeting on 2,000 hectares near Pretoria. From “needs” listed on Buchan’s website, the organisers are planning to once again host multitudes of the faithful. Who will pray, presumably, for change in SA’s trajectory. Given Buchan’s track record, I wouldn’t bet against another watershed moment.