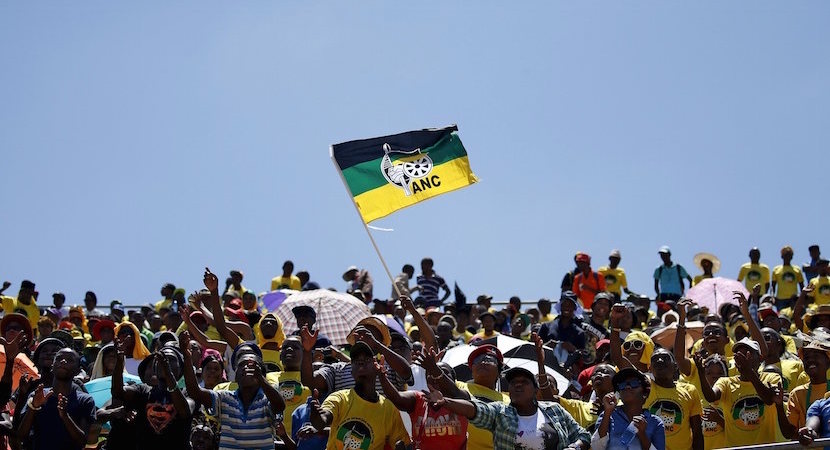 JOHANNESBURG — One should always take political polls with a pinch of salt as their outcomes often need to be taken into context. But this latest poll from the Institute of Race Relations (IRR) points to some interesting findings that could be a sign of a very competitive election in 2019. The poll suggests that if there’s a lower turnout in next year’s vote, the DA could be hit hard – falling to as low as 18%. (For perspective, the DA managed to obtain 22.23% of the national vote in 2014 with over 4 million South Africans voting for them.) But if turnout is at 69%, the DA will retain its 22% support level according to the IRR poll.  Turnout in 2014 stood at 73.41% and 77.3% in 2009 – this then indicates that 69% is a probable reality come 2019. Meanwhile, the ANC seems to be gaining lost ground with the IRR poll suggesting that if a vote was held tomorrow, the party could notch up 56% and even 59% on a 69% turnout rate. The EFF, meanwhile, is expected to stay stagnant at between 10 -11%, suggesting that support for its extreme positions just doesn’t really exist among mainstream South Africans. – Gareth van Zyl

Press release from the Institute of Race Relations:

In line with the IRR’s objective to become an authority on political market research,  the Institute has undertaken a snap poll, focusing exclusively on party political support, to supplement the IRR’s first full survey on the electoral landscape, carried  out in September 2018.

The snap poll was in the field during the last week of November and the first week of  December. It comprised three sets of questions: Voting intention, party favourability  (ANC, DA, EFF) and, finally, a question on the strength of support for Patricia de Lille’s proposed new political party, when forced to choose between it and the four  biggest political parties.

The IRR will undertake a full political survey every quarter. The next full quarterly  survey will be conducted in February 2019, ahead of the May 2019 election.

The banner headline findings of the snap poll are:

The full results of the snap poll, as well as all the methodological detail, can be found in the third edition of The Criterion Report, home to the IRR’s market research. The report also includes the IRR’s analysis of the respective findings, trends and patterns. 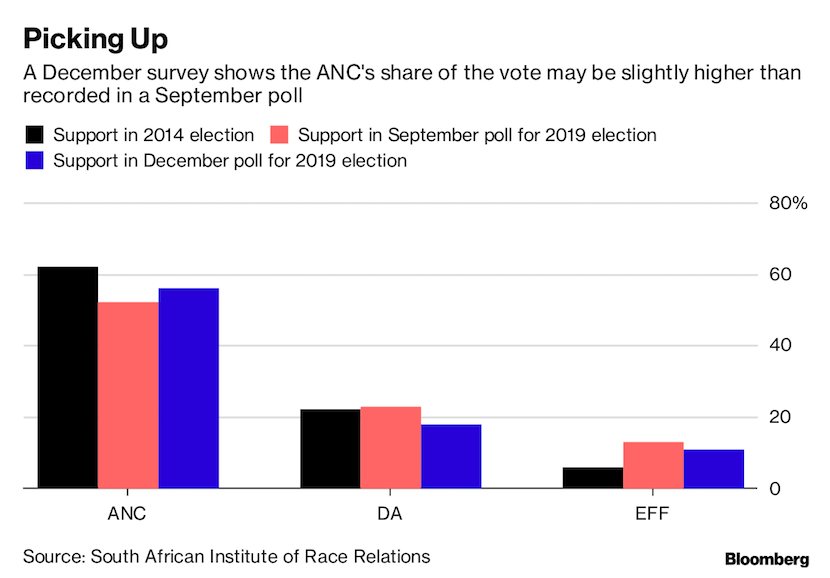