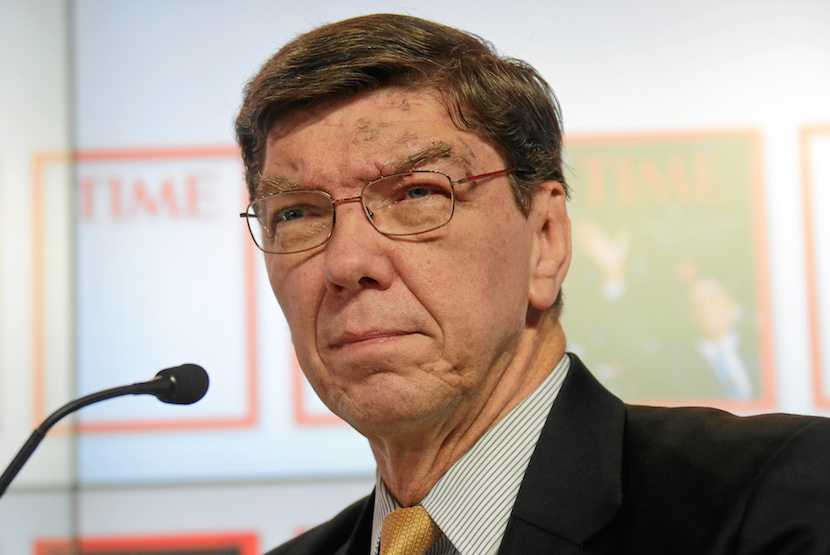 The world lost one of its greatest minds Thursday when 67 year old Harvard professor Clayton Christensen passed away from cancer. The father of disruptive innovation theory, he was twice ranked top of the biennial Thinkers50 rankings (2011 and 2013). Clay came second in 2015, third in 2017 and inducted into the Hall of Fame last year.

Meeting this gentle giant (6ft 8in) in Davos and later interviewing him on one of his rare visits to Johannesburg were among the highlights of my long journalistic career. Not just because of my humble hero’s towering intellect. But more by example of living his faith, a man always ready to share his belief in the Higher Power that rules over us all.

Christensen is best known for the groundbreaking work The Innovator’s Dilemma. But his book I recommend more often is called “How To Measure Your Life.” Buy it. Or at the very least, join the 750,000 other people who watched Clay’s Ted Talk on the subject. Life changing? Probably. Thought provoking? Guaranteed.

On a different topic, Biznews Premium subscribers must please sign-up here to participate in our first interactive investment webinar of 2020, held at 12:30 SA time today. I’ll be updating the Biznews Share portfolio that’s delivered over 30% pa since inception in 2014. If you aren’t yet a Premium member, why not sign up here for the four week free trial?