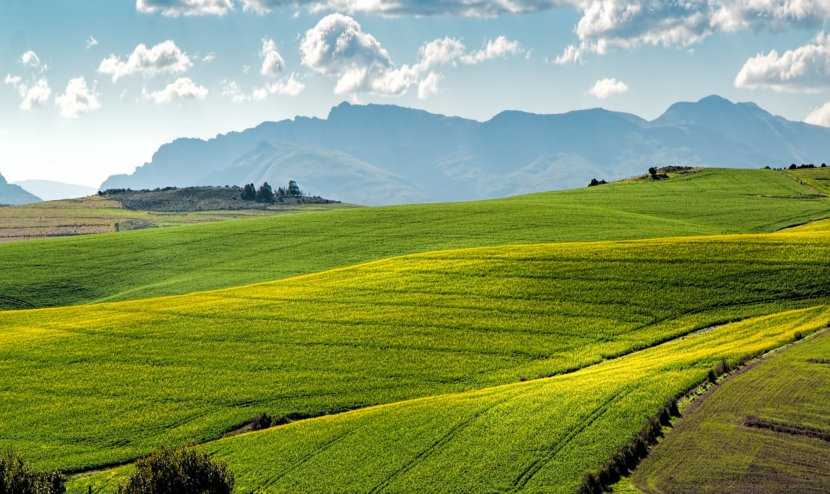 I remember during the apartheid 70’s and 80’s constantly penning the words ‘draconian legislation’ which gave the government virtually unfettered powers. Well, you have until the end of tomorrow to lodge written objections to draft legislation giving the ANC government almost full control of your property rights, wherever you live and whoever you are. I’d be hugely relieved to be told how I’m misinterpreting Anthea Jeffery, a legal expert and Head of Policy Research at the Institute of Race Relations. This economically suicidal experiment in socialist engineering/centralised control breaks ANC promises that expropriation without compensation will be limited to land. If the draft bill succeeds (needing a 51% majority vote in parliament), custodianship of all land and improvements will vest in government. Add a toxic dose of administrative dysfunction, endemic corruption and a possible populist shift to the left and I find myself hard put to remain optimistic. If you’re not reaching for your pen, you may have already given up, believe nought will come to pass or are a die-hard socialist. Emulating blinkered NP legislators of old, the ANC has cynically side stepped their own balances and checks, (as in the socio-economic assessment system), slotting the four-week period for public comment neatly into the festive season, says Jeffery. Story courtesy of the Daily Friend. – Chris Bateman

Government can take your home, farm, or business premises under Constitutional Amendment Bill

Effective land reform is still required, but the Draft Constitution Eighteenth Amendment Bill of 2019 (the Draft Bill) will needlessly undermine the property rights of all South Africans: from the 1 million whites with home ownership to the 8.5 million black, ‘coloured’ and Indian families who own houses too. It will also hurt the 17.5m black people with customary plots, and the thousands of black South Africans who have bought more than 6 million hectares of urban and rural land since 1991.

The Draft Bill has two key clauses. The first allows the courts to decide that ‘nil’ compensation may be paid for land and ‘the improvements thereon’ if these are expropriated for land reform purposes. Improvements include all fixed structures: from houses and office blocks to shopping centres, factories, hotels, and hospitals. The ANC has thus reneged on its earlier promises that expropriation without compensation (EWC) would be confined to land alone.

The second key clause gives Parliament the power to adopt, by a simple (51%) majority, any number of new statutes setting out ‘the specific circumstances’ where the courts may decide that ‘nil’ compensation should be paid.

This will vastly expand the instances in which EWC may apply. It will clearly pave the way for the enactment of the Expropriation Bill of 2019, with its vague and easily expandable list of six instances (already up from the original five) in which nil compensation may apply.

This second clause could also pave the way for a new statute vesting the custodianship of all land and improvements in the government – and stating that this vesting falls within ‘the specific circumstances’ where nil compensation may be paid. Under such a law, title deeds would ‘mean nothing’ (as the EFF has put it) and every individual and business would need a revocable land-use licence from the government for the homes or buildings in which they live or work.

The Draft Bill has many other disturbing ramifications. For example, the ANC has repeatedly claimed that EWC will ‘return’ the land to ‘the people’, but this is not so. Land and improvements taken without compensation by the state will be kept in the ownership or custodianship of the government. Ordinary people will not gain individual title, but will at most be given ‘access’ to land on the terms set by the state.

In addition, the Draft Bill will do nothing to cure the ills afflicting land reform. As the Constitutional Court noted in the Mwelase case in August 2019, ‘it is not the Constitution, nor the courts, nor the laws of the country that are at fault’, but rather the massive administrative inefficiency within the state.

Other key constraints, according to the 2017 report of the High Level Panel of Parliament, include ‘increasing evidence of corruption by officials, the diversion of the land reform budget to elites, lack of political will, and a lack of training and capacity’. Important too is the state’s refusal to transfer ownership to emergent farmers, as this bars them from borrowing working capital from banks.

In the urban context, moreover, the Draft Bill will not address the inefficiency, corruption and poor policy choices that underpin persistent failures in state housing delivery. Municipalities lack the skills to service vacant land, while RDP houses are small, poorly located, and often so badly built that people have long been urging the government to transfer the housing subsidy directly to them, as they could do a better job of meeting their housing needs.

The economic fall-out from the Draft Bill is likely to be severe. Even without EWC, the growth rate in 2020 may be a paltry 0.5% of GDP, well below the population growth rate of 1.6%. Public debt already stands at some R3.2 trillion (61% of GDP) and is set to rise to R4.5 trillion (71% of GDP) by 2022. The budget deficit is likely to average 6.2% over this period, while tax revenues will be R250bn lower than projected. Business confidence is at a 35-year low, and capital and skills are fleeing.

The Draft Bill could also trigger a 10% reduction in fixed capital investment (capital formation), which is the life blood of the economy. Such a reduction could tip the country into lengthy recession, further reduce tax revenues, increase public debt, trigger additional ratings downgrades, push up interest rates, and cost tens of thousands of jobs.

Despite the enormous damage likely to result from the Draft Bill, its economic consequences have yet to be evaluated, as required by the government’s Socio-Economic Impact Assessment System (SEIAS). The Draft Bill should, at minimum, have been accompanied by a final SEIAS report setting out its likely costs and consequences – but this has been omitted.

The absence of a final SEIAS report makes it harder for the public to ‘know about the issues’ raised by the Draft Bill and to ‘have an adequate say’. The time allowed for written comments (from 13th December 2019 to 31st January 2020) has also been too short, given the four-week festive season when most people were away from work and home.

The ANC has now further undermined the public participation process by declaring that the Draft Bill must be amended to give the power to decide on compensation to the executive, rather than the courts. Judicial review of the executive’s decisions cannot be excluded, given the Constitution’s guarantee of administrative justice. But the power to review is more limited than the power to decide – which the ANC now wants to reserve for its own cadres.

The ANC’s demand seems calculated to demoralise people and make them question the value of making written comments on a text that may soon change. However, little could be more important than for all South Africans to use the little time remaining to voice their strong objections to the Draft Bill and the massive damage it is sure to cause.