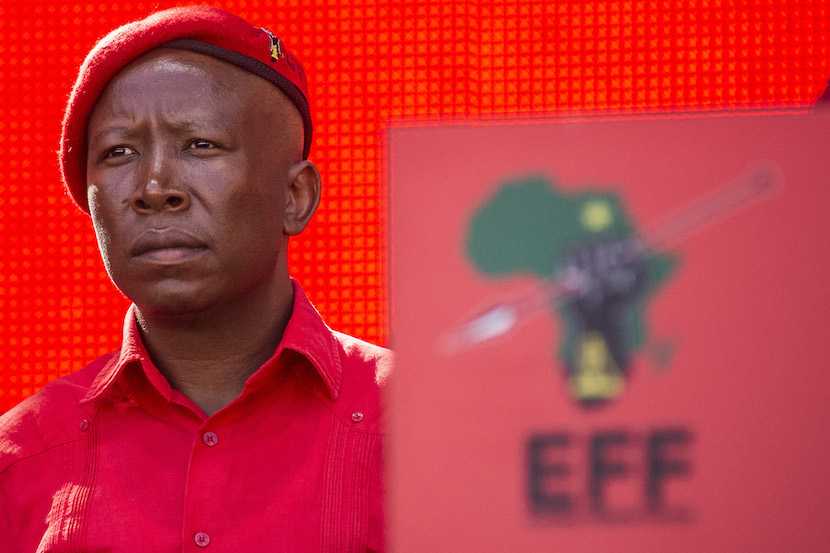 Plans to amend the Constitution in order to facilitate land expropriation could easily ensure that your property title deeds ‘mean nothing’. This was the wish of Economic Freedom Fighters’ leader Julius Malema, and the ANC is happily putting in place the plans to ensure that Malema’s vision becomes reality. This is the stark warning from Anthea Jeffery, a legal expert who has steeped herself in the nuances of the draft Constitutional amendment bill. Dr Jeffery is not scare-mongering; she has joined the dots between various court cases and legal precedent to highlight why anyone who reckons the proposed changes are nothing to worry about need to think again. Jeffery is Head of Policy Research at the IRR. Her article is republished here on BizNews with the kind permission of the Daily Friend. – Jackie Cameron

The draft Bill to amend the Constitution to allow expropriation without compensation (EWC) is ‘much ado about nothing’, an article in Business Day said yesterday. EWC will apply only to land reform and ‘land claims take an average of 20 years to finalise’, it added.

The newspaper article implies that South Africans can sit back, enjoy their holiday festivities, and forget about IRR (and other) warnings about the major threat implicit in the draft Bill.

The article is right, of course, that restitution is generally a slow process. But land reform is not limited to this. Rather, it extends to redistribution, which can be quickly carried out under expropriation legislation. Land reform also includes the vesting of all land in state custodianship – a legislative shift which can be implemented by Parliament from one day to the next.

These risks are naturally not spelt out in the draft Bill, which the ruling party is hoping to pilot through Parliament with minimal resistance. Yet the wording of the draft Bill is disturbing in itself. So too are the other EWC laws for which it paves the way.

The draft Bill has two main clauses. The first allows a court to decide that ‘nil’ compensation should be paid for land and all ‘improvements thereon’, provided that the land is expropriated for the purposes of ‘land reform’.

Why EWC should also apply to ‘improvements’ is not explained. The Ad Hoc Committee responsible for drawing up the draft Bill has said that buildings accede to land and so must be treated in the same way. But this reasoning makes little sense.

First, the separate value of any improvements can easily be calculated, despite the two being joined. Second, the ANC and EFF have long been claiming that the government should not have to pay for land that was ‘stolen’ in the colonial period. However, there can have been no theft of homes, offices, factories, or shops that were built only later. At the same time, refusing to pay compensation for such improvements will be particularly damaging to the economy.

The ‘land reform’ justification is also very broad. It would extend EWC to all areas – suburbs, townships, shopping centres, or commercial farms – that might in future be claimed under the restitution process. It would also extend EWC to whatever serviced and well-located urban land the state might see as needed in overcoming the housing backlog.

The second key clause in the draft Bill states that future ‘national legislation’ must set out ‘specific circumstances’ in which compensation on expropriation may be nil (if so decided by the courts).

Read also: Think again, ANC, before you give up your secure property rights protection!

The Business Day article suggests that the only legislation relevant here is the Expropriation Bill of 2019, which was gazetted for comment a year ago. This measure initially stated that nil compensation might apply in ‘all relevant circumstances, including but not limited to’ the five it went on to list. Already, however, the Expropriation Bill has been changed to add a sixth instance to the list. This shows how easily Parliament will be able to use the Expropriation Bill to extend the scope for EWC.

Various other EWC statutes could also be adopted, of course. In particular, Parliament could adopt another bill (also by a 51% majority) stating that all land is to vest in the custodianship of the state – and that this is an instance where compensation may be nil, if the courts agree.

If the Constitutional Court were to confirm that no compensation is payable in this situation, that would conclude the matter. The court might well do so, moreover, given its 2013 decision in the Agri SA case. (Here, it found that no compensation was payable for the state’s ‘assumption of custodianship’ over the country’s mineral resources.)

Within a year of the draft Bill’s adoption, the ANC could thus attain its decades-long desire to bring all the country’s land under its custodianship and control. It might need two steps to do this – first the constitutional amendment to Section 25 and then the custodianship statute – but the result would be the same.

People would then find (to quote EFF leader Julius Malema) that their title deeds ‘mean nothing’. Instead, they would depend on the grace and favour of the state for ‘land-use licences’ to remain on properties where they live or work. Land would become a patronage tool and would be used by the ANC to buttress its hold on power.

By contrast, a preamble to the draft Bill tries to pretend that its aim is simply to bring about ‘accelerated land reform’ in order to ‘address’ past injustices and meet the ‘palpable’ hunger for land among the dispossessed. But most South Africans want jobs far more than land, as IRR (and other) opinion polls have repeatedly shown. In addition, there will no genuine redress under the draft Bill, which is aimed at empowering the state, not helping the poor.

The David Rakgase case helps illustrate this point. Like other land reform beneficiaries, Mr Rakgase wants individual ownership of the farm he works, backed up by a title deed. In 2002, the state finally promised to sell him the farm – but the ANC first dragged its heels and then reneged. This is because its stated policy is to retain all redistribution land in its ownership and simply lease it out for long periods.

The ANC therefore demanded that the 77-year-old Mr Rakgase take out a 30-year lease, followed by a 20-year one, before he could obtain an option to buy the farm (as its State Land Lease and Disposal Policy of 2013 requires). Mr Rakgase had to turn for help to the Pretoria high court, which found the ANC’s approach ‘irrational’ and ‘unreasonable’ – and ordered that the 2002 agreement be upheld.

However, if the draft Bill goes through, Mr Rakgase’s court victory could prove short-lived. If he gets his title deed – and the ANC later takes custodianship of all land – he will once again become a tenant of the state, as the ruling party has long desired.

There is no real redress – and no genuine empowerment – in this situation. On the contrary, it is precisely this dependency on the state that the draft Bill, supplemented by subsequent EWC legislation, is intended to secure.

The ANC also wants to ‘eliminate’ all existing property relations, en route to a socialist (and ultimately communist) society. To soften resistance to this goal, it recommends that ‘dexterity in tact’ (empty reassurances) be combined with ‘firmness in principle’ (a determination to proceed). If the Business Day article is anything to go by, ‘dexterity in tact’ is already at work in undermining merited objections to the draft Bill.

Those inclined to minimise the draft Bill should perhaps also ponder on what Cosatu said in January 2018, when the EWC demand was building up: ‘The policy of land expropriation without compensation needs to be implemented without fear or favour. Going forward, we want to see government using its expropriation powers more aggressively… We need state ownership of all the land in this country in order for the democratic state to break the power of white capital.’

That has far more the ring of truth than the draft Bill’s claim that it seeks merely to meet the ‘urgent…hunger for land amongst the dispossessed’.