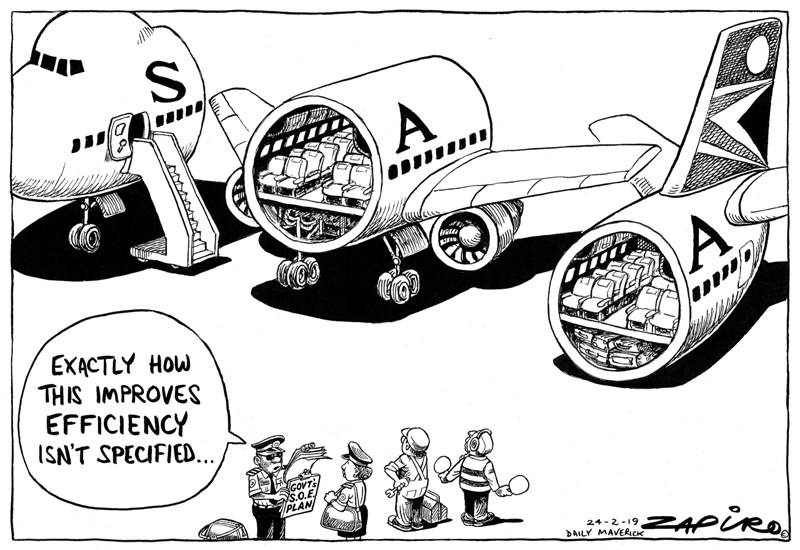 Last week a good friend sent me a picture that a pal of his had taken of a near empty plane while travelling back home from London on South African Airways. It came on the heels of further taxpayer support through government guarantees on cash injections by commercial banks (R2bn) and the Development Bank of SA (R3.5bn credit line).

The pic was posted on social media and evoked plenty of response. Regular fliers shared similar stories (one saying their flight from Munich last week had just seven passengers). There were also a couple of sceptics claiming the pic was fake news. Given the source, I doubt that very much. But appreciate how we South Africans have the loyalty gene deeply ingrained in the DNA. Witness the initial national reaction to the Hansie Cronje debacle.

Although apparently misattributed to philosopher Herbert Spencer, I love this quote, which for me offers guidance for anyone inclined to knee-jerk reactions: “There is a principle which is a bar against all information, which is proof against all arguments and which cannot fail to keep a man in everlasting ignorance — that principle is contempt prior to investigation.”

In SAA’s instance, such “investigation” will be assisted by reading of transport consultant Terry Markham’s considered assessment written in August 2017 which you can access by clicking here. It explains, quite rationally, how SAA is a relic of the country’s Apartheid past. And how global airline trends and internal mismanagement killed SAA’s viability long ago. Tito is right. The sooner the airline gets shuttered, the better for SA’s taxpayers, tourism and travellers.