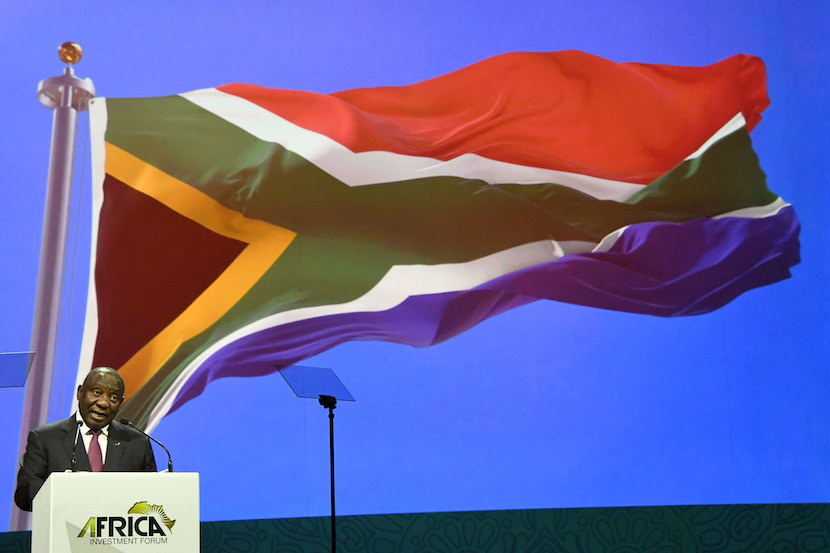 South Africa has been China’s biggest trading partner in Africa for 10 years and China the largest recipient of SA goods and services for 11 years, Chen Xiaodong, China’s ambassador to SA, said recently. In 2019, total trade was $43.2bn (about R700bn) between the two countries, according to Bloomberg.

Standard Chartered forecasts that China will be by far the largest economy in 10 years. In the global bank’s list of the most exciting economies, resource-rich friend SA is conspicuously missing.

SA leaders evidently have not learnt from their powerful friends in Beijing how to transform a failing economy into an engine room for global growth.  Between 1958 and 1962, at least 45m people – and possibly double that number – are believed to have starved to death, or died because of oppressive and brutal conditions, during Chairman Mao Zedong’s ‘Greap Leap Forward‘ socialist experiment.

That’s a far cry from what China looks like today, with Mao successor Deng Xiaoping setting the wheels in motion for structural changes to capitalism that pulled many in the nation of about 1.3bn out of deep poverty and others into the international class of high net worth individuals. It’s a case study that illustrates that big changes are possible to implement, whatever the political and social challenges.

‘It matters not whether a cat is black or white, so long as it catches mice.’ Deng Xiaoping

And, for some light relief, do have a listen to this Kiff interview with The Kiffness, who got Donald Trump to do the Jerusalema – a video that is trending on Twitter (you can find the link to that Tweet in the interview on The Alec Hogg Show).