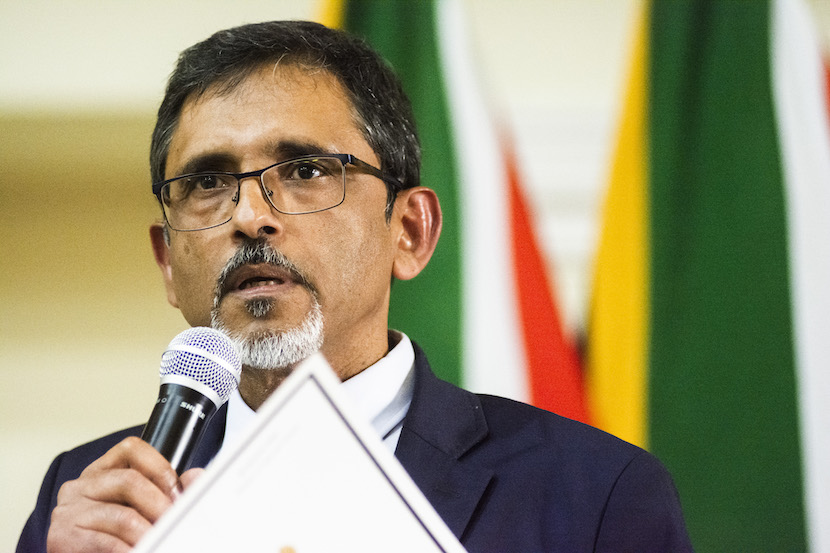 Gusti Coetzer, doyenne of executive search in SA, joined the BizNews Power Hour to discuss Minister Ebrahim Patel’s decision to disclose executive remuneration. In 60 days, there will be a change in legislation. However, Coetzer says she is in favour of this, especially “when it comes to parastatals, disclosing salaries of parliamentarians, officials and public companies.” However, co-host Magnus Heystek seems to disagree with Coetzer, citing personal safety issues for those whose salaries are disclosed. – Jarryd Neves

Gusti Coetzer on the decision to disclose executive remuneration:

Firstly, I must tell you that this is not new. A lot of publicly listed companies give the remuneration of the top executives in the annual reports. I am in favour of this, especially when it comes to parastatals and disclosing other people, in terms of parliamentarians and officials. Public companies are already there, why not all the others? It is not new [and] I support it. The concern comes when people know the bank accounts that is used to pay the salaries in. With cybercrime, the danger lies in accessing the bank accounts of these people. We are protected [in the sense] that you don’t need to give your home address. The problem lies in security and being a victim of cyber crime.

I think the car policies are going to change. In Brazil, for example, everybody drives around in small cars that don’t display their wealth. Most probably, an obvious sign that you’re a rich person is that you drive a fancy car – I think that is going to change. Secondly, we find that people are holding onto their jobs and don’t easily change because the grass isn’t always greener on the other side. I think, yes, it is going to be a security problem. But I [also think] people – in terms of the executive level – will also see a performance increase, as now they have to justify why they’re earning this money. I think the positive [outweighs] the negative.

I’m trying to understand what government’s intention is. Yes, there are some good sounding bites coming out of that. Yes, we all know that the income disparity is massive. [However],running a listed company or an international company requires very specialised skills [and] years of experience. The demand for South African executives is very high. To try and legislate a greater transparency and a narrowing of the wage gap, I think is going to be very problematic in many respects.

Yes, idealistically it sounds great, but I think those high earners – and there are not a lot of them in South Africa anymore – reports are coming out that the high net worth individuals are shrinking by the thousands every year. If you want another five or ten thousand to pack up and leave, try this – putting pressure on the performance of their pay and transparency. It will cause problems of my in my view.

On the security and protection of executives:

On the point of security and protection, you looking at government executives and senior politicians who are surrounded by bodyguards and blue light gangs. They don’t have to worry about that. They push people of the road everyday. It’s a state of extreme arrogance and says, “we’re okay. We get well-paid and we’re protected it. We live in protected homes – which the taxpayers paid for”.

Now, a small group of business people, executives [and] entrepreneurs who go out there and they make it happen. They create jobs and they create businesses. They are going to revolt in different ways. They will take their cash away. They’ll go and set up camp in Mauritius or in Malta – wherever they’re welcomed. We know the old saying – money flows to ports where it is welcome.

It’s just another thing that will chase away entrepreneurs. We’ll get the reputation that [SA] is not the place to go and set up a business. We already see it – they head to the USA like Elon Musk. That trend will accelerate fairly dramatically, if this scheme is pushed through.