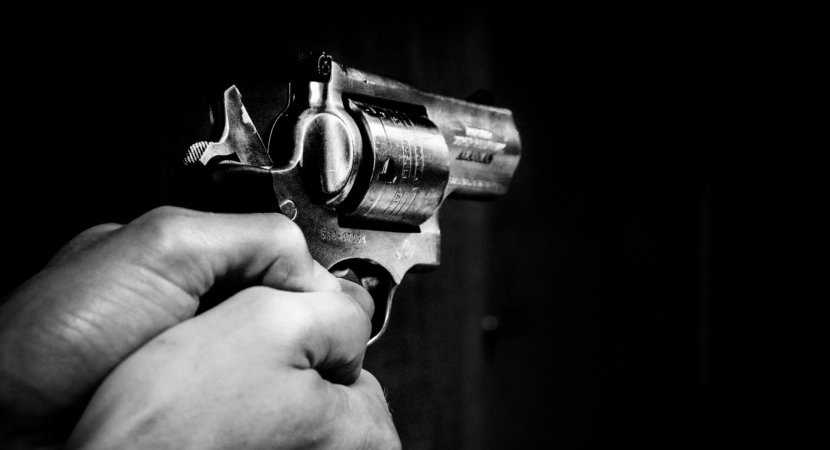 Government announced a proposed law that would prevent gun ownership for the purposes of self-defence. Firearm campaigner Gideon Joubert joined the BizNews Power Hour to give insights on what the firearm community thinks about this. Joubert says taxi associations and military personnel are unhappy and plan to oppose this. In a country with high crime statistics, is this a good idea?

Gideon Joubert on his experience with crime:

It was a hijacking/kidnapping on Easter weekend in 2007, where I essentially had to bail out of a moving vehicle. Miraculously, they did recover my car. It only took about a month to get it out of the pound. Unfortunately, I don’t think policing has improved in South Africa since then. If I look at the statistics, since 2011, we’ve had an increase in the homicide rate every single year. It’s been a decade of that. We have sexual violence and rape cases reported at about 40,000-50,000 a year. Considering the the generally accepted, horrendously ‘underreported statistics’, it would be significantly worse than that.

The police budget – unless I’m getting it wrong – has been cut for three consecutive years, while the VIP protection budget has been increased, which tells you where those priorities seem to lie. The trio of violent interpersonal crimes have been increasing year on year. Yet, it’s in this bizarre sort of ambiance of increasing violent crime and a complete dysfunctional police organ, that the government now proposes to remove, from citizens, the ability to defend themselves with firearms legally, as well as launching an attack on hunters and sports shooters as well.

On what the gun lobby is proposing:

At the moment, the bill in its entirety is being studied a bit more in-depth, because there’s a lot in there – and almost all of it is terrible. This is apart from the factual inaccuracies, where the supporting documentation of the bill actually claim that people are issued firearm licenses without having to do their competencies first – which is not correct. If you want a license in this country you have to, by law, do your competency. I don’t know how that managed to get in there.

But what’s happening is [that] there are a broad number of organisations independently taking this on – but there is coordination between them. I’m talking about disparate ones such as Gun Owners SA, the sport organisations, the hunting organisations, Afriforum [and] the Institute of Race Relations wants to get involved. The Free Market Foundation has indicated that they also are willing to put their contributions in there. The taxi associations are not taking to this kindly, and I’ve had members of theMK Military Veterans – their self-defense units – reaching out to me and they are busy discussing it in their mother organisation as well. They are bitterly unhappy with it.

It’s a bit more revolutionary, where they say they did not make the sacrifices to have the fruits of liberation just removed from them by the ruling party, in the sense that gun control has a very racist history in SA – it came with colonialism for the sole purpose of disarming black Africans, so that they could be more easily oppressed and this was expanded significantly under apartheid. Post-1994 was really the first time where a black South African could legally license and own a firearm without the state trying to take it from them. There’s a lot of emotion and a lot of energy in this.

On what the bill proposes:

The fact that is being proposed, at the moment, makes sport shooting almost impossible to participate in, which would kill that segment off entirely, which bizarrely goes against the spirit of the bill in its original preamble. Sure, restrict firearms to people who have proven to be responsible and make them go through a whole proficiency process in order to display the bare minimum level of competence. Now that you want to enhance competence, we’re not going to allow you to do that. We’d prefer to keep you incompetent, unsafe and stupid, as opposed to allow the opportunity to develop. That was something that struck me as utterly bizarre.

They’re coming for your guns

The petty tyrant occupying the seat of the Ministry of Police has revived a much-derided draft amendment bill that would exclude self-defence as a valid reason for being granted a firearm licence. This is outrageous.

Another day, another totalitarian legislative proposal. This time, the police minister, Bheki Cele, wants to disarm all law-abiding citizens except sports shooters and hunters, who will be confined to using their weapons ‘where it is safe to use the firearm and for a lawful purpose’.

Self-defence will no longer be a valid reason to possess a firearm.

The Bill is a bit hard to parse, since it has to be read in conjunction with the existing Firearms Control Act, but there is a summary attached to the invitation to comment on the bill.

There are new restrictions on the number of firearms a hunter or sports shooter is permitted to own, as well as the amount of ammunition they are allowed to possess. It will also outlaw refilling spent cartridges.

While the original act states that a firearm licence may not be issued to people who had previous convictions for any of a range of crimes, the amendment bill proposes to disqualify even those who have not been convicted, but have merely been charged with crimes that involve an element of violence.

This includes having been served with an interim protection order under the Domestic Violence Act or the Protection from Harassment Act. One has little sympathy for such people, of course, but last I checked we were still a country in which the state considered one innocent until proven guilty.

The repeal of the clauses permitting firearm licences to be issued for reasons of self-defence is the headline news here. The amendment explicitly seeks to establish that ‘firearm possession and use is not a right, but a privilege’.

Rights are meaningless without the means to give effect to them. This would suggest that one would be well within one’s rights to use a firearm to defend one’s own life, or the life of someone else who is facing an imminent threat of violence.

The same is true of property. South African courts have variously held that one may act in self-defence or private defence to protect life, bodily integrity, property, dignity, personal freedom, unlawful entry into a house, trespassing, rape, arson, crimen injuria, and sexual integrity. (See pp.88-89 of this thesis for full references.)

Of course that doesn’t mean one may shoot to kill in all these circumstances. The response has to be commensurate with the threat. However, the principle of self-defence and private defence of one’s interests is, and remains, well-established in South African law.

As Jonathan M. Burchell and John Milton wrote in Principles of [South African] Criminal Law, when it is not possible for the state to provide the immediate and necessary protection due to every citizen with respect to their legal rights and interests, and an unlawful attack can only be repelled by immediate use of force, it is an individual’s inherent right, accepted by all law, both natural and civil, to resort to private defence.

Or as Cicero said, ‘natural reason permits one to defend oneself against danger’.

This amendment seeks to remove firearms as a means of conducting such a lawful defence, forcing law-abiding South African citizens to bring knives to gun fights.

This cannot stand. South Africa is one of the most violent countries in the world, as counted by intentional homicides. The only worse country even remotely equal in size is Venezuela.

Roman Cabanac pointed out in yesterday’s edition of Morning Shot that Venezuela is a country where the government has expropriated land and other private assets in pursuit of socialism, just as South Africa’s government wishes to do.

It is also a country where the government stopped issuing new firearm licences in 2013, and banned carrying firearms in public places in 2017, yet still managed to clock up 36,69 murders per 100 000 inhabitants, just ahead of South Africa’s 36,40 (using 2018 data).

When he says that disarming the populace is a precursor to totalitarianism, he is right. And it is often even worse.

The national police commissioner, Khehla Sitole, has made it plain to Parliament that the national crime prevention strategy has collapsed, and that the SA Police Service has become ‘an all-purpose agency with an overstretched mandate it is impossible to fulfill’.

If the police are not competent to defend South Africans against crime, who will? Middle-class anti-gun activists who hire private security firms and do karate on Wednesday evenings?

Do they not realise that martial arts were likely developed by disarmed citizens hoping to defend themselves against a tyrannical state?

While Cele and his cronies in government will benefit from an increased R1,7 billion budget for VIP protection, the budget for actually fighting crime has been reduced.

With jaw-dropping hypocrisy, Cele, who goes nowhere without a phalanx of heavily-armed bodyguards, now argues that private individuals don’t need guns for self-defence.

The US Centers for Disease Control consider firearms used for self-defence an important deterrent to crime. Yet anti-gun activists argue the exact opposite. In my next column, I’ll examine their arguments, and the justifications and assumptions that Cele’s department presents for prohibiting legal firearms for self-defence.

The last time I defended hunters, I was accused of being a ‘man with a gun’, being ‘financially affected by the decision’, and a ‘bully’. I wasn’t named, but the word ‘railroaded’ was a direct quote from my headline. I wasn’t any of the things I was accused of, unless female cabinet ministers are so fragile that robust criticism of their actions amounts to bullying.

So let me be clear this time. I am not a gun nut. I do not own a firearm and do not particularly wish to own a firearm. The last time I fired anything more powerful than a pellet gun was a .22 rifle at school when I was a young teenager, because shooting rifles was a perfectly acceptable thing for schoolchildren to do, back in my day. I’d probably enjoy sport shooting, but am not rich enough to indulge that fancy.

If I lived in a more dangerous area, such as a crime-ridden part of a major city, a township or a farm, I might wish to acquire one or more legal firearms for self-defence and learn to use it safely. I fully support people who do so.

As usual, the excellent people at Dear South Africa have started a campaign to collect public comments on the firearms control amendment bill. The deadline for comments is Monday, 5 July 2021.