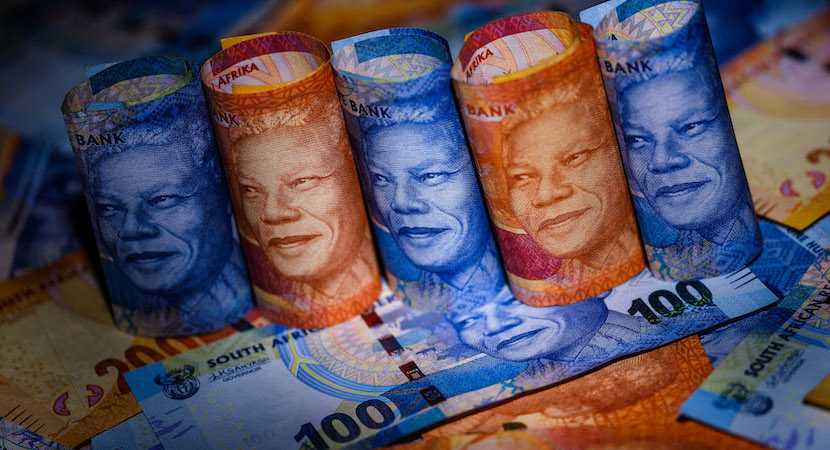 Over just ten years, R186bn has seemingly disappeared from South African municipalities. MyBroadband reports this is due to irregular spending. Alarmingly, the actual figures may be higher. “Financial statements from some municipalities were not credible, while others did not submit their statements in time for the audit.” Of the 257 municipalities in the country, just 27 received clean audits. While corruption and mismanagement of funds are serious issues, R186bn could have gone a long way in providing decent service delivery for myriad South Africans – many of which sit without water or hygiene facilities. “Municipal officers are fully aware that it is difficult to hold them accountable and they continue to steal with impunity,” reports MyBroadband. – Jarryd Neves

Over the last decade, R186bn disappeared out of the accounts of South African municipalities because of irregular expenditure.

This is revealed by the Municipal Finance Management Act (MFMA) reports from the Auditor-General.

Auditor-General Tsakani Maluleke recently revealed that there was R26bn in irregular expenditure at municipalities in the 2019/2020 financial year.

The actual figure can be much higher as the financial statements from some municipalities were not credible, while others did not submit their statements in time for the audit.

Maluleke told Parliament the financial state of municipalities in South Africa has continued to deteriorate because of a lack of accountability and poor governance.

Of the 257 municipalities in South Africa, only 27 received clean audits.

These dismal results are no surprise considering the lack of suitably skilled officials at municipalities.

Maluleke said many municipalities rely on consultants, who were paid R1bn in the 2020 financial year, to put basic financial statements together.

Even with the help of consultants some of these municipalities could still not produce financial statements which were suitable to be audited.

One would expect swift action against corrupt officials and those without the necessary skills to do their job, but this is not the case.

This dismal state of affairs is nothing new. Over the last decade, the Auditor-General has often bemoaned the lack of action against corrupt officials.

Former Auditor-General Kimi Makwetu regularly pointed to a lack of consequences in local government for poor performance and transgressions.

Corruption and mismanagement are only part of the problem. How money spent also resulted in poor service delivery.

46% of the money was used for salaries and council remuneration, while only 2% went to maintenance expenditure. It is therefore no surprise the municipal infrastructure is collapsing.

Commenting on the irregular expenditure, Municipal IQ economist Karen Heese said the tragedy is that most of it takes place in the poorest municipalities.

These poor municipalities do not raise revenue which means they received money from the South African fiscus which is under severe pressure.

“The money should go to crucial things like basic services and water provisioning,” Heese said.

She added that there is no accountability or consequences when money disappears from municipalities.

Heese called for interventions by the government and political consequences for leaders in municipalities where money goes missing.

“These are people who sat in council for almost a full term and have allowed this to take place under their watch,” she said.

Good news is that the Auditor General has been given powers to intervene where it sees serious irregularities.

In the past, the Auditor General could only present its audit findings and recommendations to the municipality.

Municipal managers failed to act on the recommendations, which means there were no consequences for the perpetrators.

The Public Audit Amendment Act, promulgated in April 2019, changed that.

The Auditor-General can now refer suspected irregularities to relevant public bodies, including the Hawks, Public Protector, and the police, for further investigation.

It can also implement remedial action should the authority ignore or not adequately implement its recommendations.

Irregular expenditure at municipalities over the last 10 years

Maluleke said they are aware the public wants to see action against corrupt and incompetent municipal leaders.

Under the Public Audit Amendment Act the Auditor General can issue certificates of debt to recover money from people implicated in irregularities. This has not happened.

Maluleke said they have been “cautious” to issue debt certificates because they have to follow a fair administrative justice process.

Municipal officers are fully aware that it is difficult to hold them accountable and they continue to steal with impunity.

Over the last few years, irregular municipal expenditure ballooned to an average of R28bn per year.

Despite the eye-watering amount of money that vanish from municipal accounts each year, virtually no action is taken against the guilty parties.

The table below provides an overview of the irregular expenditure at municipalities over the last decade. 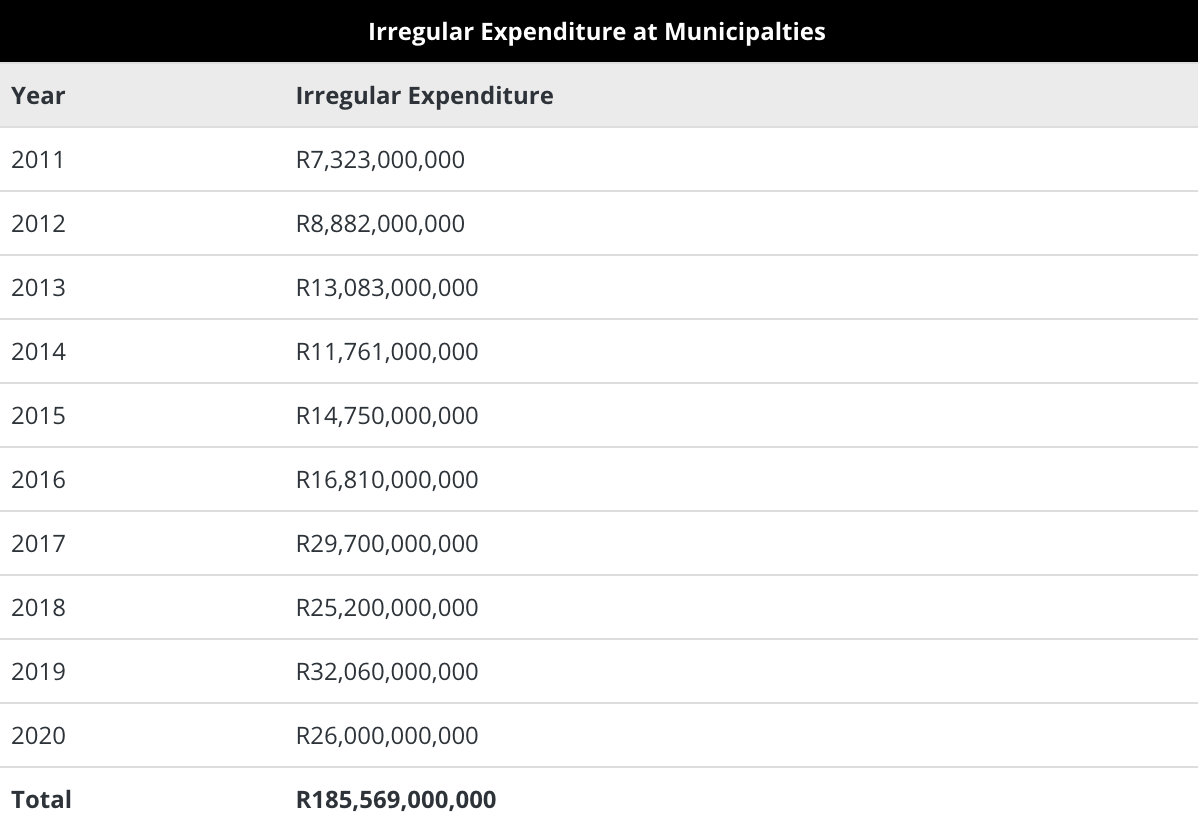