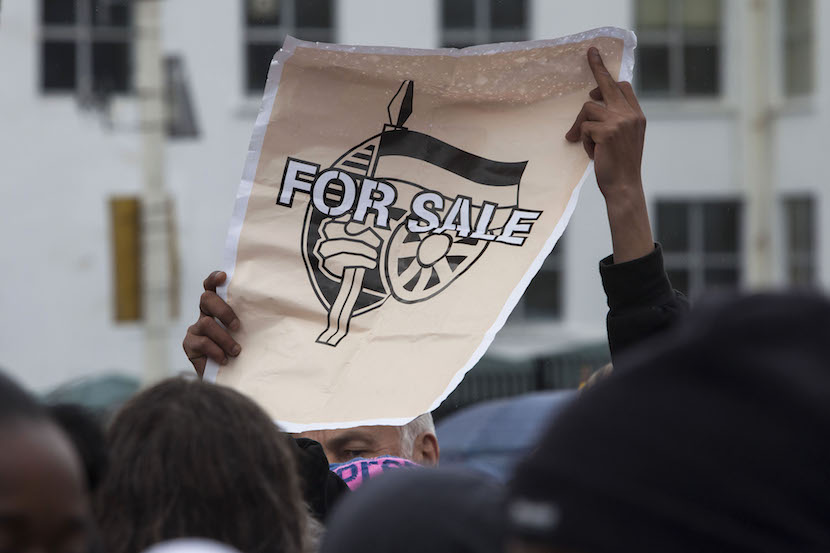 I’m continuously awed by the often deeply considered reflections shared by BizNews community members. People like Michael Wagener whose contribution struck my chords and may well do the same to yours. His email, received yesterday, reads:

You mentioned two items in your letter today that are both interesting to me. The one is obviously the anarchy that is going on with, in my opinion, an ineffectual and in some instances, complicit state looking on. What is to be said about this? A lot, and a little really. It is very apparent to me that the objectives of the present round of unrest are very much on creating a completely lawless state in SA. The question is, who benefits? At this point that is not entirely clear except to say that it is representative of the factionalism in the ANC that has been simmering for a long while now. It seems to me too, that if the moderates, al la Ramaphosa thought that they had the upper hand, they have had their awakening. How does this pan out? We’ll have to see – it is not good, and as Piet Viljoen mentioned in your recent podcast with him, we are seeing an incapable state in play and plenty of private solutions in various guises happening from endless armed (yet toothless) security companies, to local vigilante groups looking to protect their assets be they public or privately owned. And that says pretty loudly that the population of SA has lost faith in their government and is looking to do its own thing.

Is any of this good? I am not sure about that, but it could be. If the factionalism in the ANC is behind this, and I strongly believe that it is, it means that it could be close to collapse. Which in some political circumstances might be a good thing. Under present circumstances though, with such a fractured opposition – it is ridiculous to me that there were something like 26 parties competing in the last election: that is a joke – I am not so sure what the result is going to be. I can say for myself and my family, that I wish I was elsewhere… unfortunately I am the only member of my family with foreign citizenship…

On the second issue, the one of censorship: I have never been a fan. Quite frankly if science is unable to overcome populism and conspiracists such as Qanon and the like, then there are deeper issues of mistrust anyway, and censorship does not make those go away. What does make those go away is transparency and tolerance, and unfortunately, there is not a lot of that around presently. And that is a global issue that is leading to many theatres of unrest and polarisation in all societies, except perhaps in those of China and North Korea which are both ruled by tyrants. So bring on freedom of speech, with respect, decorum, transparency (no agendas), and responsibility, which are all strings that we should be happy with.

In any event, always ask “Why?” several times (5), and always follow the money (who benefits?). And in all situations, there are four things to do: receive, absorb, think, respond – sometimes this can take a while, sometimes not.

Here’s another thoughtful contribution, this one from community member Steven Barge…..

Having read Dr van der Spuy’s email included in your Inbox newsletter of today, I found myself in vehement agreement with his musings. To put it simply, the way the world seems to work today, including on social media, is this: “My viewpoint is X. If you disagree with me, no matter how well reasoned your counter-argument is, you’re wrong and you ought to be ‘cancelled'”. It is not only the likes of YouTube censoring content which is in its opinion contrary to the WHO’s guidelines but also the uninformed and intolerant Joe/Jane on Twitter, who tries to shut down anyone who dares to offer a view on vaccines, amongst others, opposed to his/her own.

This anti-debate approach has done far more than silence some well-known voices on varying topics. It’s resulted in other ordinary folk being too frightened to freely speak their minds ergo to exercise their constitutionally-guaranteed rights to freedom of speech and expression, lest they are victimised and ‘cancelled’ by the anti-debate marauders online. The same marauders claim there is a “danger to society” in allowing views opposed to their own to be published. They then do nothing to stop their followers mocking those holding opposing views.

And it’s no longer just online, either. I’m quite certain that people who have genuine – and valid – concerns about the long-term side-effects of the various Covid-19 vaccines are afraid to speak their minds even with their families and friends because they know there’s a chance they’ll then be seen as “that one who doesn’t want to protect society” or “that one who believes fake news” and they become cast-outs. Why does it have to be that way?

This form of self-censorship cannot be allowed to flourish. If it does, we risk every debate becoming one-sided or worse, debate not being permitted at all. As much as fake information is a danger, so too is widespread and sometimes unjustified belief in only a single point of view.

Please keep up your hugely important work. Your voice is a loud one opposing the endless stream of “if you don’t agree, you don’t deserve any recognition”.

Closing up with some good news. Yesterday’s Daily Insider referred to Gayle Crow’s pleading press release. It worked. She writes:

The Mall of Thembisa would like to thank local law enforcement, public order policing, SANDF and the community of Thembisa for their assistance throughout the night last night. With their backing, and the extensive independent measures we had put in place, the mall and the livelihoods of its community were protected.

There is no doubt that the Mall still faces an ongoing threat over the coming days and weeks but we would like to express our sincere gratitude to all parties involved, including the media, in helping us to protect the site. Our commitment to creating job opportunities has not wavered, we will continue to support those communities that support us.

A special thank you to our onsite staff, security teams and most importantly our customers who continue to provide invaluable intel to protect the mall.

Wishing you and yours a peaceful weekend.