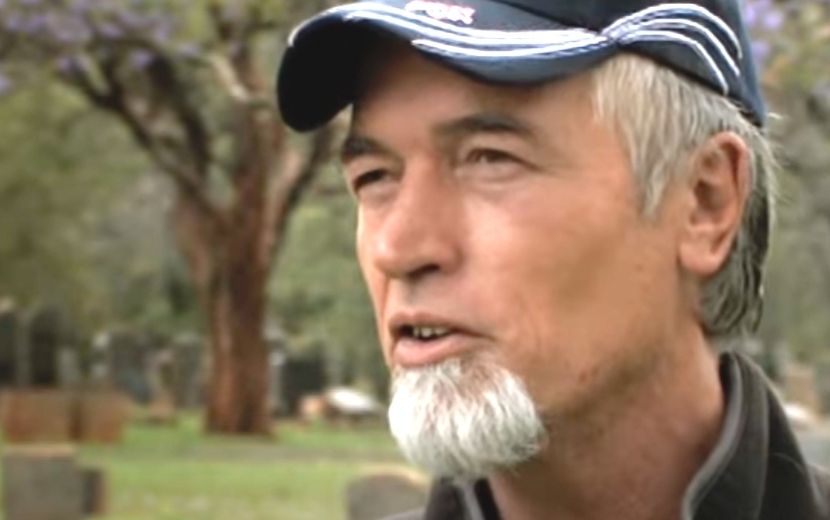 In response to the week-long riots and looting spree which shook South Africa, Rian Malan – author of the worldwide bestseller “My Traitor’s Heart” – wrote an article published in the New York Post in which he claimed that it is those values held dear by critical race theorists that ‘have brought South Africa to its knees,’ and that ‘We created a society where nothing was expected of blacks save “blackness.” Honor and diligence were not demanded of government appointees. Sloth was tolerated. Failures and corruption went unpunished.’  This article by Simon Lincoln Reader, a London-based technology investor and popular columnist at BizNews, defends Malan against the  fierce public backlash received in response to his article on how ‘equity’ ideology plunged South Africa into inequality and chaos. Reader’s defence of Rian Malan, who he says ‘has made a habit of enraging people – and being right’ is compelling. – Nadya Swart

In defence of Rian Malan

Of the commentaries occasioned by the riots thus far, two stand out. The first was the widely circulated open letter, first published on BizNews. An expression of frustration, it has been viewed over a quarter of a million times and, perhaps predictably, dismissed by some as racist and privileged. The second, written by Rian Malan, was published in the New York Post and is equally raw. But the responses to Malan are not just dismissive: it would appear that some within the local intelligentsia believe that the damage was justified and he, they appear to be arguing, is aligned to a logic responsible for all ill.

I was in Buenos Aires in December 2003 when Malan’s controversial article interrogating Africa’s HIV/Aids scope appeared in The Spectator. I was working in HIV communication at the time for a project involving the SANDF, the US National Institute of Health and the Henry M Jackson foundation. In an internet cafe I discovered how quickly Malan had enraged officials belonging to the three groups with the suggestion that (in particular) NGOs were exaggerating claims of infection to ensure funding. Whilst Malan’s findings at the time were incongruent with the miserable scenes I had witnessed at the military hospitals in Cape Town, Pretoria and Bloemfontein, I would later remember them in 2009, when data was leaked from the Climatic Research Unit at the University of East Anglia. Here scientists were exposed corresponding – at the very least – about whether to inflate numbers for (what appeared to be) the same purpose Malan had reasoned six years previously.

The dazzling success of My Traitor’s Heart aside, Malan has made a habit of enraging people – and being right. This was evident in his extraordinary longform account of the scarring events in Coligny, where two farmers were charged for the murder of a teenager. A week following its publication in 2017, Malan was attacked by the Australian Sisonke Msimang, whose condemnation was nearly identical to the criticism he prompted last week. Dismissing this as Msimang and others did was easy: much harder was to grasp the darkness, to see the profound difficulties and wild assumptions flooding the prosecution’s case.

Under a cloud of covid distraction last year in November, the Supreme Court of Appeal acquitted both farmers. Today they are free men.

No better examination of Jacob Zuma’s deceitful spiralling exists than in Malan’s column published by Politicsweb the morning after Zuma announced that he had sacked his finance minister in 2015. Leaving no room for apologists, Malan tore into Zuma’s performance at the Sandton Convention Centre that mainstreamed, if for the first time, state capture:

“But as of this writing, nobody is paying much attention to the speech Zuma made immediately after his fateful move against Nene. This is a pity, because it was an extraordinary address, delivered without benefit of the written material over which Zuma so frequently stumbles. This time, he looked his audience in the eye and spoke off the cuff for fifty-odd minutes. And what he said was….well. In his own estimation, it was “most historic.” One got the impression that the president felt he had crossed a threshold, and needed to explain himself.”

In his commentary for the New York Post, Malan dares to question the Holy Grail of South African transformation. The subject of affirmative action or black empowerment, or whatever you wish to call it (‘equity’), is off-limits, no matter its performance. Worse to liberal sensibilities, Malan exposes the hustlers popularising America’s equivalent – people who’ve become household names for encouraging division to their own substantial profit. Though many of his colleagues in South African media find his position repugnant, support comes from an interesting place.

In California, the race to replace the incompetent incumbent governor is currently led by Larry Elder, a black conservative. Elder’s view on ‘equity’ is awkward: he believes that the welfare dependency model, introduced by Democrats, has suffocated the black American family. And whilst it is increasingly embraced by younger black American conservatives, it is extremely offensive to the liberal white middle classes.

Back in South Africa, the puncture over which talk of increasing the welfare subsidy or charging alleged instigators sits is sizeable: dispensing concern with campus talk of ‘privilege’ is cheap and daft. But circumstances permit the expression of frustration, and a pause to peer into the troubled heart of how things are done. If the state is unwilling to entertain such broad and potentially uncomfortable conversations, then these must start at the beginning and migrate upwards from communities. Just because Malan makes people angry, it does not make him wrong.