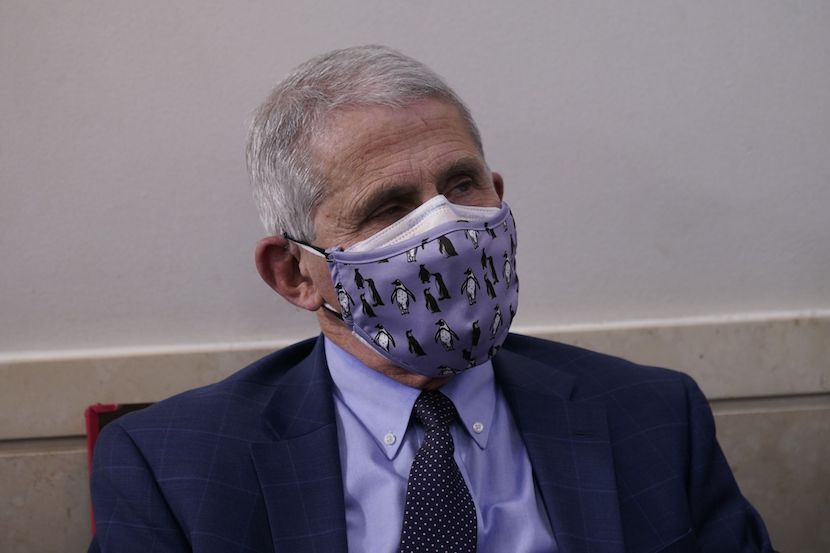 Last week, thousands of emails written by and to Dr Anthony Fauci, medical advisor to the US president, were made available under the Freedom of Information Act. The disclosure of 3,200 emails has been a revelation. Of particular significance is that the emails show that Fauci knew from the beginning that experts had serious suspicions about the virus’s origins. Anthony Fauci has, from the outset of Covid-19, represented vastly conflicting perspectives of the Covid-19 narrative in that he has been both at the centre of the official ‘Covid-19 is an existential threat to mankind’ narrative as well as the face of what many strongly believed to be a false and, as time passed and more evidence surfaced, ominously deceptive narrative that would do more harm than the virus itself. The perspective of Simon Lincoln Reader, a popular columnist at BizNews, that Anthony Fauci is the ultimate Rorschach Test is therefore an astute observation of Fauci’s ambiguous representation of the Covid-19 narrative. BizNews has been fiercely criticised and censored for providing a platform to those who have questioned the official Covid-19 narrative. – Nadya Swart

Fauci is the ultimate Rorschach Test

Back when men were men, a dweeb who can’t even throw a baseball properly would never have been able to sow such division, but Anthony Fauci really is the Rorschach test for our times, with two competing sets of confirmation bias emerging from the examination of his emails. In one group, if you’re Adrian Basson, you’re knocking your little ankles together under the desk: ‘oooo hy’s so flippin’ inspiring’. Similarly, in the Daily Moron’s offices, Poplak will be scowling under his keffiyeh: ‘Science wins bruh…but what I actually want to talk about is how, compared to me, Helen Zille is an intellectual pygmy.’ If you’re in London, working for The Daily Telegraph, you agree with Poplak and Basson – or you say nothing – because Bill Gates has been paying your salary since 2017.

And if you’re in the other, much-maligned group – Jeremy Nell or Nick Hudson – you’ll be given hell for seeing this for what it really is: incontrovertible evidence of greasy, handsomely subsidised shapeshifting.

The last time someone tried to pull a fast one like Eduard Grebe has was in 2016 – I remember it vividly. Jacob Zuma had just been mauled by Mogoeng Mogoeng. Years of denials and deliberate obstruction on Nkandla (‘meandos’) had finally hit the brick wall of the Constitutional Court, and Zuma was eviscerated. But the very next day in Parliament, Deputy Minister of Justice John Jeffrey attempted to sway the blistering  condemnation with words to the effect of: ‘we thank the Chief Justice for exonerating us – and we’re ready to move on.’ Even Julius Malema – Julius Malema – couldn’t stomach it. ‘You can’t say that you were on the right side of this,’ he thundered.

Something happened shortly after the emails were released that arguably explains just as much as the content. Fauci is the consummate, unelected panjandrum – and his experience of navigating the slippery corridors of Washington was not lost the moment he needed it the most. One of his first engagements was to be with the MSNBC anchor Nicolle Wallace, herself a former (Democrat) White House Communications Director. On behalf of every single critical thinker on the planet (for which, thank you very much) she cleared him: ‘The true mark of someone is if they look good even when their personal emails come out, so you pass the test very few of us would pass.’ That Fauci agreed to this channel – that has been guilty of spreading bogus garbage about the Russian hoax for nearly five years – betrays a scramble for sympathy.

The realignment of politics is a very real threat to the likes of Fauci and his fanboys, and cannot be dismissed by some pathetic softball interview – or a jumped-up accusation of ‘spreading falsehoods’ from a scientist in California whose livelihood depends on CDC funding. In response to the emails (and arguably, to the broader political consequences of COVID-19 policies), two branches of thought – who would ordinarily disagree on virtually every subject – are presenting a united front of disgust. The garage comedian Jimmy Dore – whose viewership numbers are considerably higher than MSNBC’s and who agitates for free health care and the raising of the minimum wage, and Rand Paul, whose base is frustrated libertarian, converge in despair at the behaviour of today’s lecherous and patronising ‘scientific’ elite, their enablers in prestige media and their friends at Big Tech.

The US Guardian columnist Thomas Frank is a member of this scientific/censorious/democratic elite axis, but if the remarks in his latest column are anything to go by – panic is gripping this group: ‘Because if the hypothesis (of the Wuhan lab leak) is right, it will soon start to dawn on people that our mistake was not insufficient reverence for scientists, or inadequate respect for expertise, or not enough censorship on Facebook. *It was a failure to think critically about all of the above*, to understand that there is no such thing as absolute expertise. Think of all the disasters of recent years: economic neoliberalism, destructive trade policies, the Iraq War, the housing bubble, banks that are “too big to fail,” mortgage-backed securities, the Hillary Clinton campaign of 2016 — all of these disasters brought to you by the total, self-assured unanimity of the highly educated people who are supposed to know what they’re doing, plus the total complacency of the highly educated people who are supposed to be supervising them.’

As well it might. So, nice try Eduard Grebe – but its unlikely Nancy Pelosi will accept your friend request.