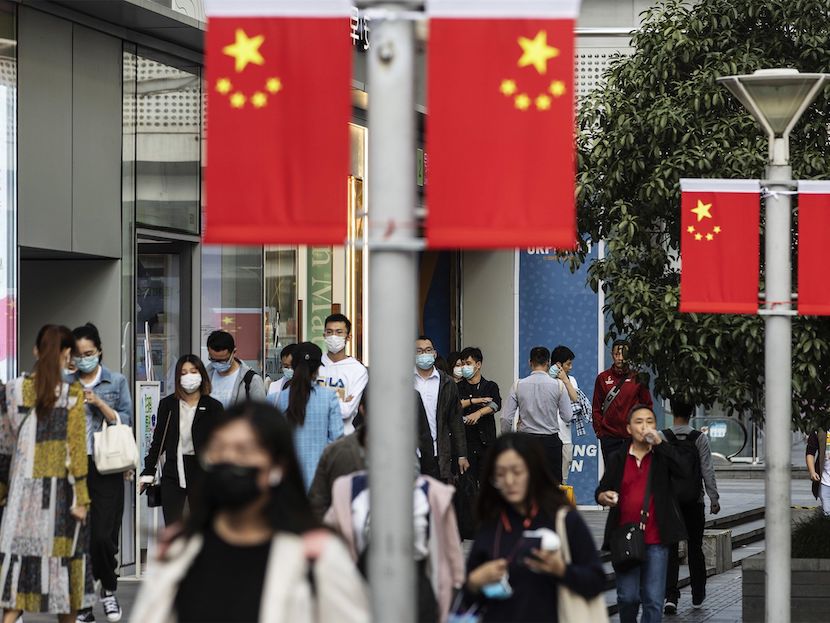 Brenthurst Wealth Management’s Magnus Heystek sits down with BizNews founder Alec Hogg as our regular market co-host to delve into the complexities of what is happening in China, as well as touching on the issue of Cape Independence. Magnus being an investment strategist has been flooded with questions from his clients, who have benefitted from his bullish stance on offshore equities over the past 10 years, questioning what they should do with their Naspers and Prosus holdings. Magnus admits him, not even the shrewdest of money managers would be able to predict what’s coming next from the Chinese government, given their hostile and unpredictable nature. Magnus also provides insights on the semigration trends towards the broader Western Cape region. – Justin Rowe-Roberts

Magnus Heystek on the Chinese regulatory crackdown on Tencent, specifically its gaming business which was referred to as opium for the mind:

It seems like the Chinese government is talking in code to reach people in the markets by throwing in words like opium. I mean, I would imagine that in the South African context, if you used the word apartheid and you use that in a statement about a company or a person, it evokes the same kind of reaction. You have to be a very specialist in Chinese communication. What are they trying to say? But it is a statement and it follows a sequence of attacks on companies in the tech space. I was trying to explain to someone last week about that Chinese company in the education space, which had a $100bn market cap one day and the next day it was worth zero, one can see that it’s not a joke that possibly as Piet Viljoen and Sean Peche say that Tencent can be worth zero. And what does that do to trillions of rands and various investments – pension funds, RAs and Naspers and Prosus? It must be a strategy behind it. The Chinese government must be playing a game and it wants something out of it. But what it is right now, I really do not know. I would imagine that Koos Bekker and his people are trying to decipher this and are having chats with the Chinese government. What do you want? What is it what you want to say and what can we do to alleviate the pressure? But it is having an impact on the JSE with its heavy weighting, but the old saying in the investment markets ‘risk is not a factor until it is a factor’ and now in the case of Naspers, it is a factor.

On the unpredictability of the market:

If we knew what markets would do, we would be extremely rich and comfortable – but we don’t know this. It is not a story that seems to be going away suddenly because it’s not only a South Africa thing. As I said to you last week I was watching the many programs on Bloomberg, CNBC – American analysts trying to decipher what the Chinese are doing. And I think Naspers and Bob Van Dijk and those people are having very intense discussions with Chinese counterparts. What exactly does that mean? But the share price is already telling us something, it’s down about 30% to 40% from its various peaks, both Prosus and Naspers. We as a company, although we don’t directly deal in direct shares, we have been inundated with our clients asking us what to do with Naspers. And at this point in time we tell them ‘We don’t know’. We simply don’t know, whether that’s good or bad. We’re trying to decide for ourselves and we actually trying to have a Zoom meeting with Piet Viljoen and playing the interview that you did with him last week which was very powerful. We actually sending that to our clients and saying listen, see what Piet Viljoen has been saying and doing and even then it’s not clear cut. So that makes markets and that keeps us busy and keeps us employed.

I happen to be down in the Cape at the moment, I’m at Val de Vie, where I have my little apartment. I’ve been talking to the people on the ground in the gym this morning and was chatting to Ryk Neethling and the hotel next to Val de Vie is normally empty this time of the year. It is chock-a-block, full of people who have flown down to come and look at property. Whoever you speak to – people in Pretoria, Johannesburg – they are all looking at the Western Cape and probably the Southern Cape as an alternative. Whether it politically will be able to separate and become an independent state – I don’t think it will happen – but I think there might be pressure to do that. Far more federal powers to run their own affairs, independently – perhaps raise some taxes, which you can control because again in the South African context, where can it end up all with the central government losing control over many, many functions of government. So there’s a very strong emotional feeling about this.