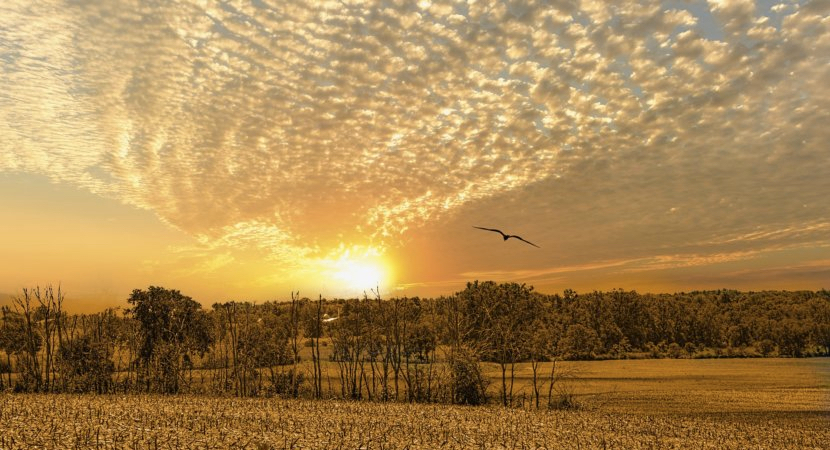 Along with many other experts, the IRR’s Anthea Jeffery has been warning South Africans about EWC (expropriation without compensation) for a long time. Land expropriation threatens to weaken an already ill economy, as it will most likely deter further (sorely needed) investment into the country. This will undoubtedly stall any economy recovery that is on the cards for South Africa. What’s more, the erosion of property rights – something that holds great significance to many – has many SA’s worried about what may be on the cards for them and their hard-earned assets. Below, Jeffery outlines why it’s important to help kill the Bill. Quoting an IRR colleague, she writes “Do not let the government gain the impression that you are losing interest in protecting your property rights. Fatigue could be fatal to your rights. Sign up to add your voice to those opposing the amendment.” – Jarryd Neves

One day left to help kill the bill

Tomorrow is the deadline for public comment on proposed amendments to Section 25 (the property clause) of the Bill of Rights, as set out in the latest version of the Constitution Eighteenth Amendment Bill (the Bill).

These amendments authorise ‘nil’ compensation on the expropriation of land and accompanying improvements in wide-ranging but unspecified circumstances. They also oblige the state to take custodianship of ‘certain’ land so that citizens can ‘gain access’ to it on an equitable basis.

Action to help kill this Bill is vital. Yet many people’s appetite for further intervention may already have been blunted by the extraordinarily protracted process the African National Congress (ANC) has deployed for this constitutional amendment. In addition, many individuals may have commented twice before:

In addition, the ANC has been trying to blunt public concerns about the Bill by proclaiming its strong opposition to the blanket custodianship provisions the Economic Freedom Fighters (EFF) seem determined to secure.

‘Nationalisation of all land’

Mr Lamola’s criticism of the EFF demand for state custodianship of all land was particularly sharp. This, he said, would ‘amount to nationalisation of all land, something that would completely reorganise and disorganise land ownership’. It would also ‘disorganise the social structure of the country and the whole economy’, with ‘the Zimbabwean situation a good example of what it would do to the economy’.

Mr Ramaphosa’s strictures were more tempered, but otherwise much the same. At a press conference early in June, the president criticised the EFF’s ‘notion of custodianship’, saying ‘this to me is like you’re nationalising everything’. The ANC was concerned that this would ‘blunt…entrepreneurial initiatives…and could even kill them’, he added.

The implication from both the president and his justice minister is that the ANC fully understands the dangers of land nationalisation and will take pains to avoid this – even if it means breaking with the EFF and allowing the Bill to founder for lack of a two-thirds majority in its favour.

There is nothing in the Bill to define or limit the meaning of this word. Hence, it could easily be interpreted as comprising all land other than that which is already owned by the state. This would include all privately-owned land in both urban and rural areas: whether residential, industrial, commercial, mining, or agricultural.

In this situation, there would be no practical difference at all between the ANC and EFF proposals. The resulting ‘disorganisation’ of land ownership and the economy would be equally extensive too.

The ANC has also been trying to reassure South Africans that its real aim is to ‘give’ state land to ‘the people’, as retaining it in government hands would be ‘anti-black’. Said Mr Lamola in early August: ‘The people are not fighting for the land to go to the state; they are fighting for the land to come to them.’ Hence, the ANC’s position is that ‘once we expropriate this land, we must give it to the people’.

But Mr Lamola failed to explain the basis on which land would be ‘given’ to the people. He implied that ownership is what is to be provided but failed to spell this out. He also made no attempt to distance the ANC from the current wording in the Bill, which speaks of providing people with ‘access’ to land, rather than ownership of it.

The minister’s ambiguous words could easily mean that the ANC (like the EFF) plans to ‘give’ people leases or land-use licences to the land the state has either expropriated or taken into its custodianship. Leasehold rather than ownership is also what existing ANC policy requires.

The State Land Lease and Disposal Policy (SLLDP) of 2013 makes it crystal clear that the government’s policy is to retain all land acquired for redistribution for half a century or more before any transfer into private ownership can even be considered.

Mr Ramaphosa’s message two months earlier was much the same as Mr Lamola’s. Given a widespread desire for land ownership among ordinary people, the ANC wanted black South Africans to have ‘tenure’ or ‘title’ to land, the president said. ‘The resolution we took [at the 2017 national conference] was about ownership of land.’

However, the key question of who should have ownership – the state or the people – was left hanging. And the answer is again to be found in the SLLDP and its rules requiring land to be retained by the state for at least 50 years before any transfer to private owners can be contemplated.

The SLLDP policy explains why the government reneged on its 2002 contract to sell successful black farmer David Rakgase the state land he had been leasing for decades. It also explains why the ANC was so determined to resist Mr Rakgase when in 2018 he finally sought the help of the courts in holding the government to its earlier agreement.

According to the government’s papers in the Rakgase case, the SLLDP policy is based on the ‘principle that black farming households and communities may obtain 30-year leases, renewable for a further 20 years, before the state will consider transferring ownership to them’. No exception was allowed for Mr Rakgase, despite the terms of the 2002 agreement – and the fact that he was already 77 years old and likely to die long before the expiry of a 50-year lease.

The SLLDP is not the only relevant ANC policy, moreover. Individual ownership is incompatible with state custodianship – all title deeds will be ‘meaningless’ once the state takes custodianship, as the EFF has said – and yet custodianship is what the ruling party has long desired and sought to introduce.

In 2014 the ANC put forward a farming land development bill which aimed to give the state custodianship over all agricultural land (though this clause was withdrawn in response to objections from the IRR and others). In 2017 the government’s land audit report proposed that all land be taken into state custodianship. And in 2019 a senior land department manager, Masiphulo Mbongwa, told a World Economic Forum meeting in Davos (Switzerland) that the government planned to amend Section 25 of the Constitution so as to vest all land ‘in the people of South Africa’.

The current wording of the Bill is precisely in line with what Mr Mbongwa said. And the National Land Act he moots will surely follow once the Constitution has been amended in the way the Bill proposes.

Also relevant is the ANC’s 2002 decision, taken at its Stellenbosch national conference, to ‘eliminate’ existing ‘property relations’. Inevitable resistance, it went on, would need to be countered by ‘dexterity in tact’ (soothing platitudes) coupled with ‘firmness in principle’ (a determination to persist with the elimination process in any event).

What the president and his justice minister have been saying are classic examples of ‘dexterity in tact’. Their comforting words may seem convincing at first glance but are likely to prove meaningless in practice.

‘Firmness in principle’ is, of course, what really matters to the ANC. And the ruling party’s actions in pushing over many years for extensive state custodianship over land speak far louder than its recent unconvincing reassurances.

The deadline for comment on the Bill is 13th August. This means that South Africans have only one day left to help kill the Bill. One easy way to do so is to endorse the IRR’s campaign against the Bill by clicking on this link and taking the steps outlined.

As an IRR colleague has written: ‘Even if you signed up to oppose EWC before, it is very important that you raise your objections again now. Do not let the government gain the impression that you are losing interest in protecting your property rights. Fatigue could be fatal to your rights. Sign up to add your voice to those opposing the amendment’.