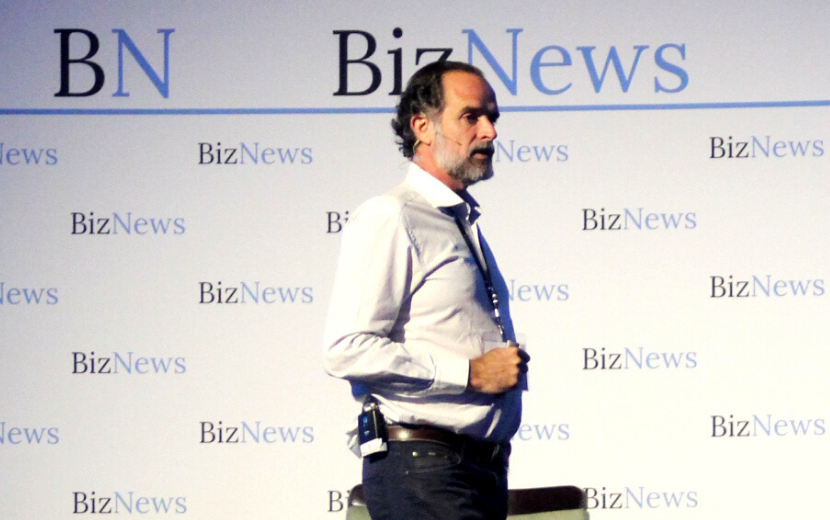 Since the abrupt emergence of Covid-19, the wearing of masks – which is now firmly entrenched as a legal requirement in our country – has been one of the most tangible reminders that the world around us has changed. This article by Nick Hudson, the co-founder of PANDA – Pandemics ~ Data & Analysis – is the first in his ‘Welcome to Clown World’ series. The article looks at the imposition of masks, stating that it is ‘ illustrative of what we now know about virtually the entire programme of Covid policy. It is rooted in unscientific nonsense, driven by fear and a corrupt relationship between billionaires looking to leave a mark on society, pharma and our institutions.’  Hudson outlines the behavioural science mechanisms which have been used by various government institutions around the world in order to instil fear in their citizens – and the manner in which masks, in particular, prime these citizens into becoming more susceptible to the imposition of further, more draconian regulations. – Nadya Swart

This is the first of a series of articles on the political clown world that public health has become as most of the world has abandoned all pre-Covid guidelines and principles of public health in favour of previously contraindicated policies that have, unsurprisingly, turned out to be not only ineffectual, but very damaging.

Prior to Covid, it was widely understood that cloth face masks provided no protection against respiratory viruses. The about-turn on this perspective was precipitous, but held by mask proponents to have been based on emerging science that refuted decades of trials. This is patent nonsense. Consider the US CDC, whose change of policy happened between 28 March 2020 and 5 April 2020. The emerging evidence during this week was a major study by the CDC itself, many years in the making, that concluded that, “We did not find evidence that surgical-type face masks are effective in reducing laboratory-confirmed influenza transmission, either when worn by infected persons (source control) or by persons in the general community to reduce their susceptibility.” If surgical masks do not work, then cloth masks certainly don’t.

At the other side of the Atlantic Ocean the European CDC’s clown show was beyond amusing. They published a meta-analysis using the GRADE methodology for evidence assessment supporting the face mask recommendation. From 118 studies that fit the selection criteria, you’d think that we’d get a nice body of clear cut evidence to support the recommendation, but on the contrary. Only 20 studies fit the stringent criteria required to build upon a mask recommendation under the GRADE framework. But it doesn’t end there.

The authors identified from the batch a single study without risk of bias, while the rest were either assessed as at serious risk or very serious risk. But even that single study is not shown to be bias free. By their own reckoning, two thirds suffered from serious to very serious indirectness problems – not actually testing the claim being made. Fully 95% exhibited very low to low certainty of evidence. That’s right: the authors themselves rated the evidence that the ‘true effect’ might be markedly different from what the effect claimed is for 19 out of 20 studies.

But the show must go on. The only moderate (not high, just moderate) quality evidence found, cannot distinguish if masks are being efficacious or detrimental for infection prevention. The recommendation authors weakly acknowledged that when they said, “The evidence from this study is compatible with low or no effect of medical face masks for personal protection in the community.” But, what it is interesting to note is that the study claim is slightly different: “Although the difference observed was not statistically significant, the 95% CIs are compatible with a 46% reduction to a 23% increase in infection”. Which is the academic way of saying: “We just cannot claim anything. We don’t really know.”

A single moderate quality piece of evidence is not enough to make a recommendation for an intervention as far reaching as the one issued. The fact that the study nonetheless concluded with a recommendation for face masks is all the evidence required to support the contention that science had been seriously politicised in the Covid era.

Over at the WHO, the clown show approach was more brazen. Even though their own website to this day confesses that “widespread use of masks by healthy people in the community setting is not yet supported by high quality or direct scientific evidence and there are other potential benefits and harms to consider”, they decided to overrule their own experts, bowing to political lobbying and endorsing mask wearing. According to Deborah Cohen, a well regarded journalist at the BBC: 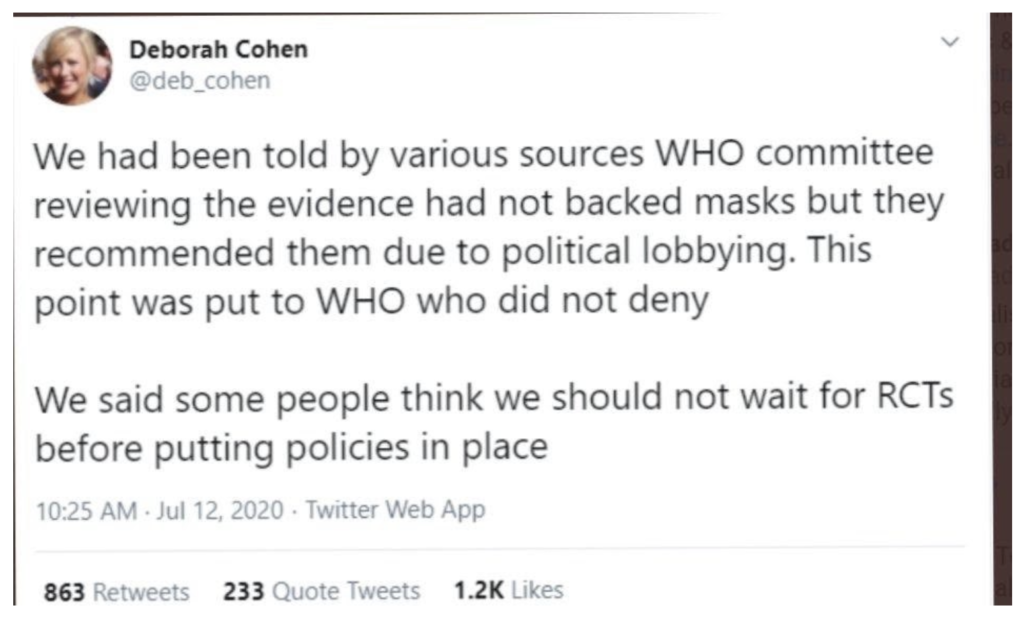 But the grandest circus of them all is the farcical practice of forcing healthy people to wear face masks outside. This is a triple joke. Asymptomatic transmission is not an epidemic driver in the first place, outdoor transmission is very rare and, well, masks don’t work. Each of those points would be good on their own to abandon such mandates.

For a year or more PANDA has pondered charts like this and wondered why this pseudoscience of cloth face masks was so persistent. 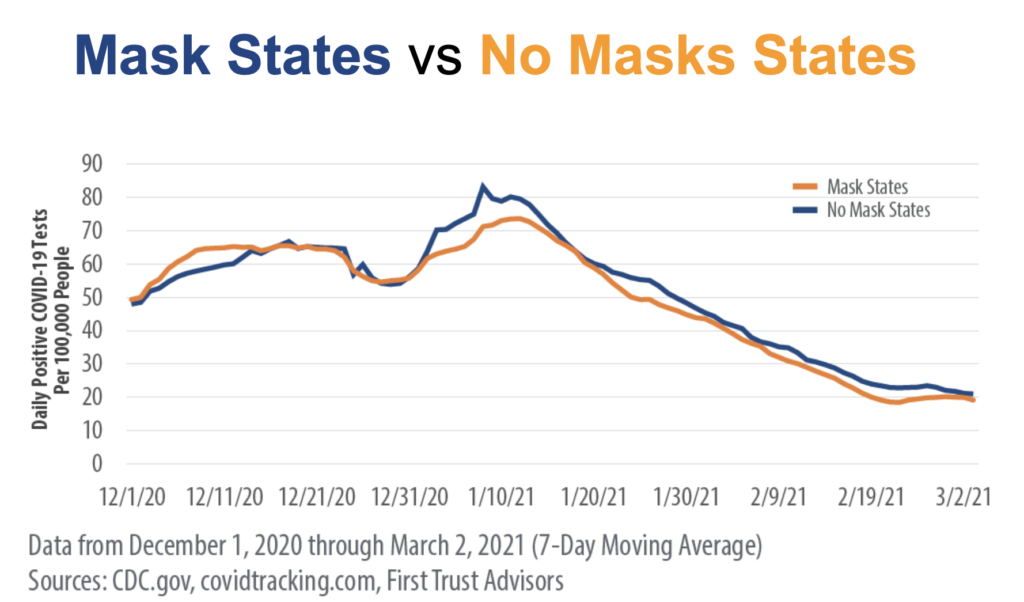 We suggested that masks were primarily used to support the creepy new paradigm for public health that aims to strike fear into the hearts of the population; that masks were intended to act as a constant reminder of the “deadly virus”. Of course, this earned us the usual howls of “conspiracy theorists!”, but then came a revelation.

In the UK, the Sage’s SPI-B behavioural science unit opined last year that ministers needed to increase “the perceived level of personal threat” from Covid-19 because “a substantial number of people still do not feel sufficiently personally threatened”. In her bestselling book, A State of Fear, Laura Dodsworth details how Gavin Morgan, a psychologist on the team, broke ranks, admitting that “Clearly, using fear as a means of control is not ethical. Using fear smacks of totalitarianism. It’s not an ethical stance for any modern government. By nature I am an optimistic person, but all this has given me a more pessimistic view of people.”  “Masks do more harm than good & the decision to mandate them for healthy people was introduced as a psychological control method.” The result was a series of lurid, manipulative adverts, like this: 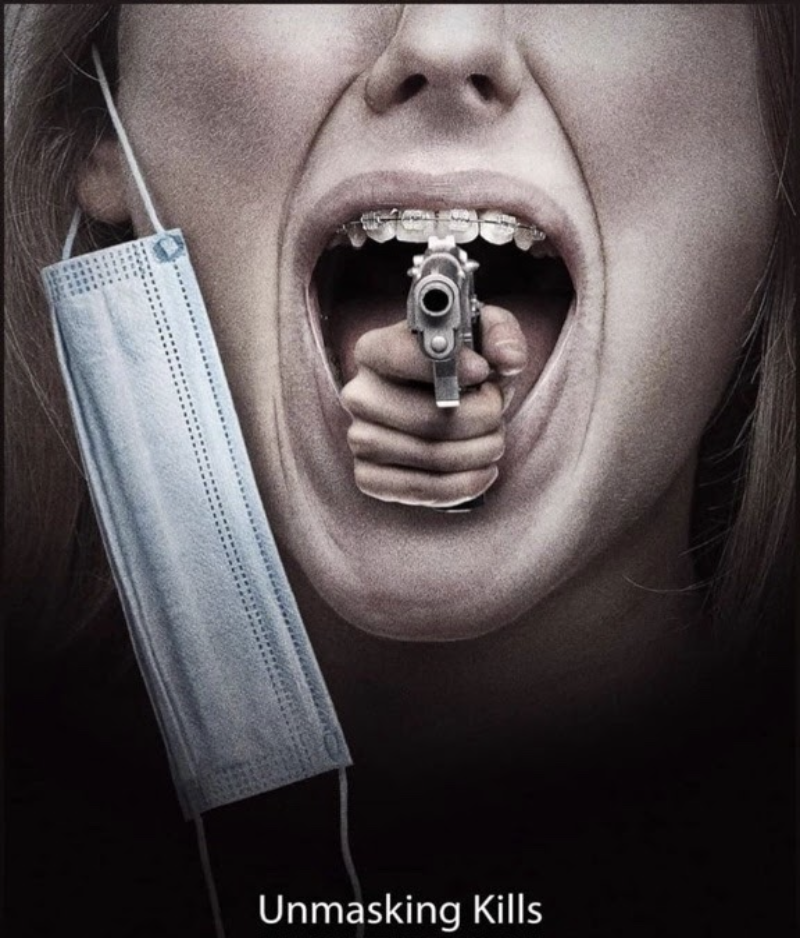 Similar revelations from leaks or freedom of information applications have also emerged from the “Panic Papers” from Germany, translated by PANDA here, Ontario’s creepy “Nudge Unit” and Ireland’s ISAG. Government behavioural science teams considered face masks to be ineffective for controlling viral spread, but recommended their deployment to create an exaggerated perception of risk. These paint a very clear picture of science being perverted to political ends and advanced by manipulative means, and this generalises. ALL standing pandemic respiratory virus guidelines have been summarily discarded in favour of draconian measures that can only be maintained if the public is held in a constant state of fear.

The face mask “nudge” works because it accords with a basic intuition. But the mechanistic explanation for why cloth face masks don’t work is quite simple. The aerosol particles that drive viral transmission are way smaller than the gaps in a mask. Only quite large droplets, about 1% of the total when measured, get caught, but these are simply aerosolised on subsequent exhalation and float off freely in the air.

Even if there was merit to the expectation of benefit, or evidence of benefit in real world data, PANDA’s view is that it is unethical for governments to use secretive behavioural science manipulations on the citizenry and to censor people who point out that they’re doing it. This is an ominous development that threatens the very foundations of democracy.

All of this is amplified and enabled by the dual capture of mainstream media and public health institutions by vaccine stakeholders, for whom maintenance of a disproportionate response is convenient. This was on quite spectacular display in a Daily Maverick article by the “Scientists Collective”, supposedly the crème de la crème of South African Covid science, which baldly opined that the evidence for face mask efficacy was “clear”. The universities that employ the academics behind the Scientists Collective have received billions in funding from businessmen obsessed with creating a legacy of curing some or other terrible disease. When we reviewed their references, what we found was alarming – a clutch of incredibly weak observational studies that didn’t even pass muster for entry into the European CDC study, including one that involved just a pair of hairdressers in Missouri. They also referred us to the WHO site mentioned above, which said there was no evidence. Anything to placate your funders, it would seem. Meanwhile, as in many countries, South Africans remove their masks under peril of arrest. What a risible and sad state of affairs!

Mask malarkey is illustrative of what we now know about virtually the entire programme of Covid policy. It is rooted in unscientific nonsense, driven by fear and a corrupt relationship between billionaires looking to leave a mark on society, pharma and our institutions.

We have witnessed first-hand how viciously cancel culture has been applied to academics who are outed as PANDA members, and how almost all of the academics who are members take great care to keep their membership cryptic as a result. We routinely offer to debate with anyone who takes issue with our perspectives. I’ve managed to do so, with full decorum, on just three occasions (here, here and here), but not once has anyone close to policy-making agreed to engage. The reason for this is obvious. The scientists behind the mania of the Covid response do not hold defensible positions and they know it. In fact, they depend upon the censorship and demonisation of their critics. Debate would be fatal.

Having witnessed science so seriously adrift during this epidemic, we are inclined to sympathise with John Ioannidis’ classic 2005 paper “Why most published research findings are false.” The public is beginning to see through all of this, and our fear is that science itself will take a beating, even though it is our corrupt academic and public health institutions that should.