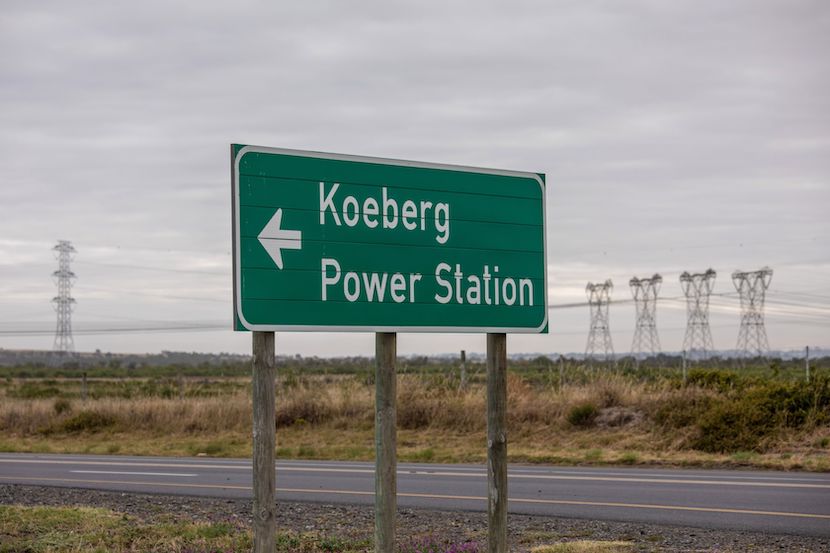 Built in the 1970s, Koeberg Power Station is the only nuclear station on the African continent. Situated in the Cape, it has been mired in secrecy for many years. Now, OUTA – the Organisation Undoing Tax Abuse – has called out for more transparency at the facility, with the organisation’s Parliamentary and Energy Advisor Liz McDaid stating, “we need a strong governance structure, to keep South Africa safe from nuclear disasters such as Chernobyl and Fukushima.” OUTA notes that state-owned Eskom hasn’t got the money to decommission Koeberg, but is liable for the hefty bill. “There is only R16.2 billion set aside for decommissioning Koeberg although R42bn to R64bn is needed.” This statement was first published on OUTA’s website. Read the original piece here. – Jarryd Neves

Strengthening the nuclear regulator law will help ensure the industry is in line with international standards and best practice, but this must also include shining a light in dark corners to block corruption

Strengthening the National Nuclear Regulator in line with international standards should help protect the public, and transparency is crucial in this.

OUTA has made a submission to the Department of Mineral Resources and Energy supporting stronger regulation as outlined in the National Nuclear Regulator (NNR) Amendment Bill.

“OUTA believes that transparency is the key to a thriving nuclear industry as the absence of transparency will result in circumvented accountability at the expense not only of the national fiscus, but to the citizens of South Africa,” says OUTA’s submission.

South Africa inherited a tradition of nuclear industry secrecy and a nuclear waste legacy from apartheid which must be addressed.

Koeberg nuclear power station was built in the ’70s and there are now plans to extend it. The Ministry of Mineral Resources and Energy is pushing for new nuclear power build. These are all issues which underline the need for a strong, independent industry regulator to ensure the sector is run in line with international standards and best practice.

“Because of our nuclear legacy, we need a strong governance structure, to keep South Africa safe from nuclear disasters such as Chernobyl and Fukushima,” says Liz McDaid, OUTA Parliamentary and Energy Advisor.

McDaid says the proposed tightening of the NNR Act through the amendment is a welcome step.

Because of its past, nuclear governance has always been shrouded in secrecy, but it is now 2021, and transparency is crucial to block corruption. OUTA’s comments on the bill propose shining a light into dark corners.

“Transparency is crucial in this,” says McDaid.

Authorities may aim to avoid public scrutiny, for example by calling for public comment over the holiday season, so OUTA has proposed amending the law to prevent that.

One of those dark corners is the financial liability that nuclear facilities take on.

Eskom has no money for decommissioning but is liable for the bill. For example, there is only R16.2 billion set aside for decommissioning Koeberg although R42bn to R64bn is needed. The facilities, costs and safety of waste disposal are similarly hidden from the public.

The regulator needs to be empowered to protect the public and the environment.

This is an onerous burden and, as is the case with ownerless mines, the culprits are often nowhere to be found when the debts must be repaid.

Finally, the need for transparency is also about ensuring that South Africans do not get duped into paying for something without knowing the cost, as with Medupi and Kusile.

Although Eskom has applied to the NNR to extend Koeberg’s lifespan to avoid shutdown in 2024, there is nothing in the public arena about how much this will cost the electricity user and ultimately the taxpayer.

OUTA therefore intends submitting an application to Eskom under the Promotion of Access to Information Act, asking for the full cost estimates of the Koeberg lifetime extension. It may be that Eskom would be better off closing down Koeberg and investing in cheaper electricity generation, than running up ever-increasing refurbishment costs to keep a 40-year-old plant running.