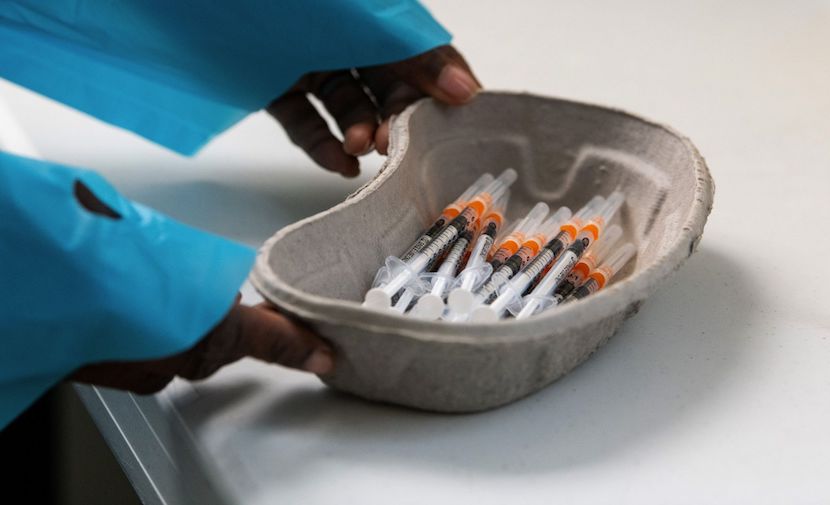 On the subject of mandatory vaccination, the following submission titled 50 Shades of Grey and the Constitution makes for interesting reading:

In their everyday lives, many people are relativists and will agree that beauty is in the eye of the beholder. However, these same people become zealous fanatics on the topics of SARS-CoV-2 and COVID-19, making rational debate between “us and them” impossible. Truth has become binary, ignoring all context. We need to acknowledge a legitimate grey area of vaccination hesitancy between the fanatic pro- and anti-vaxxers. (Where do the academic philosophers stand on this?)

I accept that the SARS-CoV-2 virus exists (wherever it comes from), that COVID-19 is an asymptomatic or mild to moderate disease in most people. However, it can be severe enough to require hospitalisation in some and lead to death in a small group of people. Therefore, from a risk perspective, I accept that the probability of harm is low but that the impact is severe. I have had COVID and recovered and am better vaccinated than anyone who receives a manufactured vaccine. However, based on empirical data and my personal situation, I also decided to get vaccinated.

South Africa is first a republic with a constitution, and then it is a democracy. The Constitution prevents the democracy from becoming a lynch mob. Unfortunately, many people, including some in government, do not seem to know that freedoms of speech, movement and association are protected in the Bill of Rights. Section 10 protects everyone’s non-derogable right to have their dignity respected and protected. Further, a person’s right to bodily and psychological integrity and security in and control over their body is protected in section 12.

On the topic of mandatory vaccination and vaccine “passports”; In my lay opinion, mandatory vaccination will infringe on sections 10 and 12, and coercing a person by threatening their livelihood would be violence against the person. However, a more critical concern for me is that a vaccine passport will be a new “dompas” or “yellow star” and create another class of citizens that can be “fairly” discriminated against. (Where do the academic law experts and ethicists stand on this?)

We should be careful not to sacrifice our civil rights on the altar of fear. Rights come with responsibilities. If you choose to jump out of a plane without a parachute, don’t expect me to feel sorry for you when you hit the ground. People’s right to choose should be respected, but they should also be held accountable for their choices.

On the discussion around BizNews joining the Press Council, community member Kyle Erasmus sent the following:

The answer to whether or not BizNews should join the Press council lies with you as the parties with interest at BizNews, and can only be found by answering the following questions:

Look at the Press Council’s Actual historical contribution over the past two decades, Not their Paper Promises!

If the answer to all three questions above is a resounding Yes, then it is time to join the Press Club, if not, the Press Club is just another organisation adding to operational costs, which in the end filter down to the public, and is something Nobody can afford at this time, nor should they attempt to in the future.

The greatest contributor to rising costs, inflation and the battle for survival which our country finds itself in, is due to Inefficiency, inefficiency caused by too many people being paid too much to do too little, and who do not contribute True Value to the system.

And some more commentary on the Rob Hersov interviews from community member Kim Hunter:

You mentioned that you’d had extensive feedback on the Rob Hersov interviews, so I thought I’d add my views to the pot.

I listened to two of them yesterday evening, the first one was:  ‘If Madiba were alive today, he would vote DA’, which friends sent me, followed by the state of SA. I’ve now copied the links for additional interviews and will listen to them tonight.

It’s SO refreshing to have someone speak the brutal truth and not try to be politically correct, which is extremely tedious and does nothing to effect change. And I think that it’s great that Rob named names because it’s time that these incompetent, self-serving people were named and shamed – if the latter is actually possible.

These interviews, coupled with the open letters from “Niemöller”, are a breath of fresh air and are voicing the views of many, many South Africans both here and around the world.

We live in a wonderful country and it’s devastating to see it being systematically wrecked when innumerable people across the country and entrepreneurs/business people like Rob have the solutions for turning the economy around. You’ve profiled many of these views and I’ve also listened to webinars where outstanding solutions have been put forward.

The ANC is now a shameful party and I agree with Rob, if Madiba were alive today, he would vote DA.

Sincere thanks for your excellent interviews, it’s a privilege to listen to and learn from them.