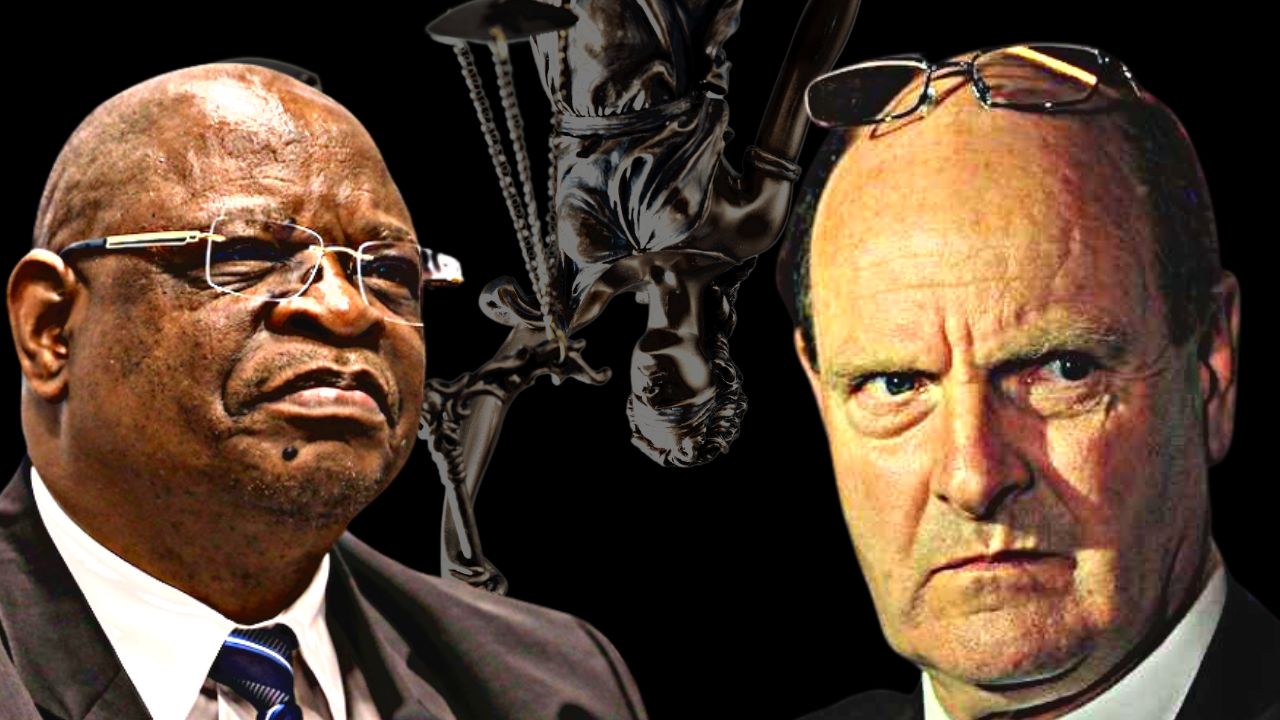 Ace forensic investigator and founder of Forensics for Justice, Paul O’Sullivan, spoke to BizNews founder Alec Hogg about the Zondo Commission’s investigation officially coming to an end. As is custom, O’Sullivan didn’t mince his words and expressed sadness that the Zondo Commission had been given the opportunity to expose the faults of the South African criminal justice system and failed to do so. He also vehemently stated that he “absolutely has a plan of action”. O’Sullivan – who is not afraid to name names and does just that in this fascinating interview – has become somewhat of a corruption-busting legend to the BizNews community, which has followed his efforts with keen enthusiasm.

O’Sullivan’s disappointment with the failed Zondo Commission investigation was partly because of his personal input to assist the investigation. “You don’t find any proper investigation. I received letters. I brought applications. Myself and Sarah-Jane Trent spent two and a half years putting documents together for the Zondo Commission we handed to them on a plate. Some of the best witnesses they ever had, even though they might be criminals.”

We took to social media to see how BizNews community members feel about O’Sullivan and our country’s crippling corruption. This is what they had to say…

The community’s trust in O’Sullivan’s investigative ability and courage led many to point out issues and ‘request’ that he step in where the South African government has demonstrated grievous dereliction of duty.

Terry Coomber suggested that he “try them under common law courts”.

Info Swiss Oil wondered  how corrupt the banks are, commenting “maybe Paul has looked into the banks”.

There were, as is to be expected, some community members who were less than impressed with O’Sullivan.

Nkosingiphile Hadebe, for example, commented, “This man is the same as those he’s calling out to be criminals. Listen to him attentively.”

In response, other members called upon Hadebe to justify such an accusation.

Marcelle Kravitz said, “Paul, you are an admirer of Ramaphosa and have praised him publicly as a good guy … makes one think doesn’t it…”

The Industrialists commented, “Paul is a good man but wrong completely to call people criminals before they’re found guilty by a court. Trial by media is prevalent … everyone needs to respect the Constitutional rights of accused or alleged criminals in South Africa. No one, whether white or black, should be called a criminal without trial that produces a guilty verdict.”

Another disparaging comment by Drater Larebil was called into question by members of the community.

Incitatus had quite a bit to say about O’Sullivan having stated that he had been in close communication with Shamila Batohi.

“Paul O’Sullivan creates the impression of somebody whose head would struggle to fit through a standard doorway.

Don’t quite buy his story about the auntie with the permanently doleful expression, Shamila Batohi, being a ‘good person’. Maybe she’s good in the sense that she goes to mosque regularly and is nice to kittens, but she is UTTERLY useless at her ostensible job, which is to put the cadre scum in jail. How many high-level cadres are wearing orange, after her being in the job for how many years?

Except that actually prosecuting cadre scum is not her real job, is it? Her real job is much more likely slowing things down. Delays. Inaction. Doing as little as possible. Pleading poverty. Obfuscating. Keeping the cadre filth out of prison. At this, she’s world class.”

In stark contrast to the perspectives displayed by the above community members, the majority of comments were of immense admiration and gratitude.

Veronica Karstel commented: “He should have headed the commission and the slimeballs would have been behind bars. Also would have gone quicker. Zondo is part of the cadre regime.”

Ian Overll said, “He makes perfect sense and very to the core 👍🙏.”

Sias Moise commented, “Well said. Real mafias and criminals are being left off the hook.”

Sincere admiration and gratitude for O’Sullivan and his work to uncover corruption in South Africa was evident from many community members, demonstrated below.

Deanne Warman echoed this sentiment, saying: “I wish there were more men like Paul. Thank you for what you do.”

Bill Freeman commented on O’Sullivan’s capability saying, “This man is incredible and certainly knows how to Investigate. I am reading his book ‘STOP ME IF YOU CAN’ the detail and understanding of how to go about investigating is really something. This man should be head of the NPA. Paul I have tremendous respect for you sir. Nobody in the ANC could never ever kiss his boots.”

Boyce Matoti said, “THANKS PAUL FOR YOUR EFFORTS GUYS. YOU TRIED YOUR BEST FOR THIS COUNTRY. GRATEFUL TO YOU GUYS. IN EUROPE THEY JAIL CORRUPT PEOPLE. IN JAPAN THEY KILL THEMSELVES. IN CHINA THEY KILL THEM. IN AFRICA HE REPRESENT HIMSELF IN THE ELECTIONS. OUR CORRUPT GOVERNMENT WILL NEVER CHANGE UNTIL OUR ELECTION SYSTEM CHANGES. THERE ARE CORRUPT AND FILTHY INDIVIDUALS IN OUR COUNTRY WHO ARE BENT USING THE ANC AS A STEPPING STONE TO DESTROY OUR COUNTRY. AS LONG THE MEMBERS OF THE ANC THINK THEY OWN THE COUNTRY, WE WILL STILL HAVE THIS JUDICIAL SYSTEM THAT’S NOT EFFECTIVE. WE REALLY APPRECIATE WHAT YOU AND MCBRIDE DID FOR THE COUNTRY. I URGE YOU PAUL TO KEEP THE GOOD WORK. IT’S STILL A LONG WAY TO GO FOR OUR COUNTRY. DON’T DESPAIR. KEEP THE GOOD WORK. CORRUPTION IS A PLAGUE AND DISEASE IN OUR COUNTRY.”

What are your thoughts on Paul O’Sullivan’s take on the Zondo Commission’s investigation and his efforts to expose corruption? Share your views below.