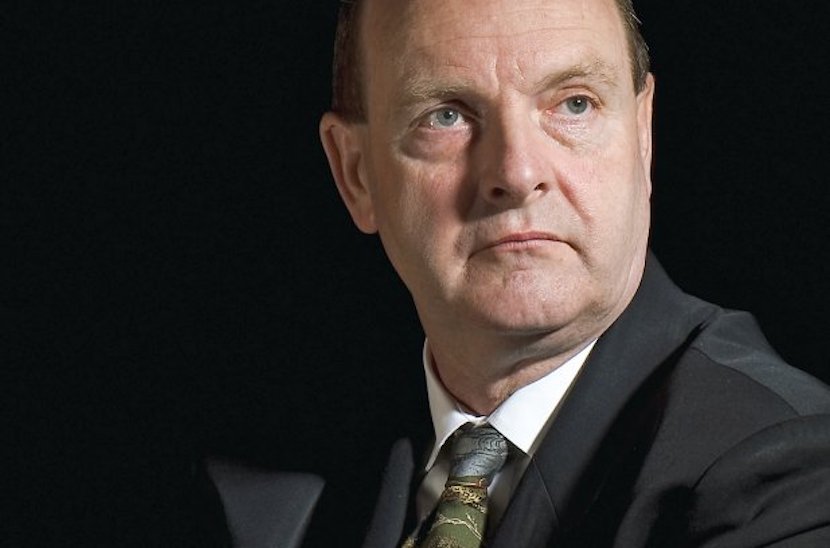 As the founder of Forensics for Justice, Paul O’Sullivan is an entrepreneur, philanthropist and forensic investigator who has made it his mission to take down powerful figures who believe they are above the law. In his efforts to clean up on corruption, O’Sullivan has turned his attention to the hundreds of SA lawyers who have benefitted from keeping the corrupt out of prison.

In a recent BizNews podcast, O’Sullivan explained why characters like Jacob Zuma, who continue to flout the law, are still walking free.

O’Sullivan also said that it’s unlikely former President Jacob Zuma will ever be held to account.

“Now, if Jacob Zuma ever does go on trial, we again, as members of the public will be paying – through the taxman – for his lawyers. His lawyers will be paid handsomely to drag that trial as long as they possibly can. They’ll drag it out for another 10 years.”

As such, many South Africans are frustrated. 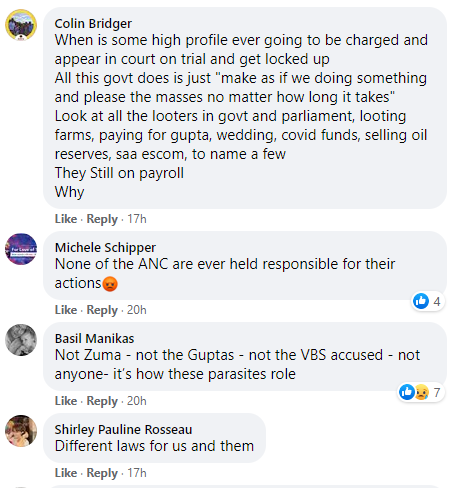 Nicole Stuart says, “The lawyers who work for these criminals use every dirty trick in the book to drag out the case and help their clients escape justice, yet never draw the anger of good people. They know well what they are doing, and delight in the huge fees they are paid while they do whatever is necessary to defeat the ends of justice. The legal fraternity, which claims to be passionate upholders of the law, are complicit in the crimes of Zuma and his ilk. The upstanding members (if there are any) of the legal profession should take action to ensure that they are part of the system of upholding the law, rather than becoming wealthy by actively working to defeat the principle of justice. They know that their clients are guilty, and yet they continue to use tricks to keep them from receiving justice. One way to go would be to enact a law that requires an attorney who uses unfair tactics to defend his client to join him behind bars for a least some of his sentence.” 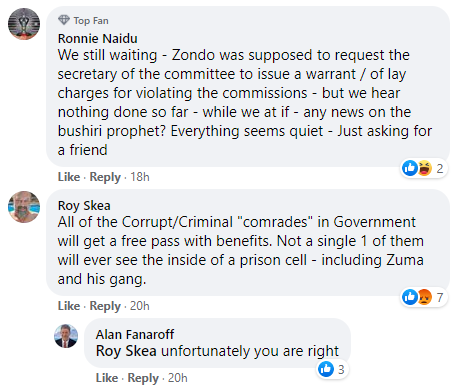 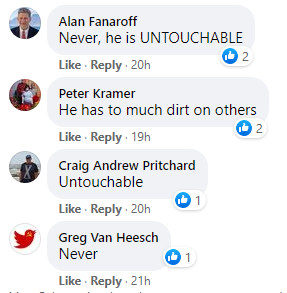 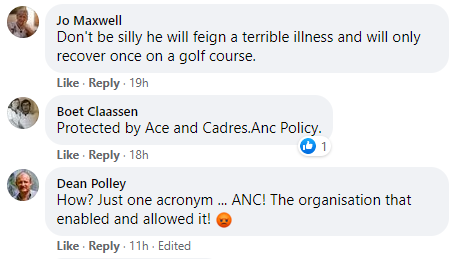 “Zuma will definitely join his forefathers before going to an earthly jail,” laments Fred Balt.

So what is being done about it?

O’Sullivan says he plans to go to the high court.

“We’re instructing lawyers now, to prepare an application for judicial review, to understand why criminals are receiving free lawyers – not just free lawyers, but attorneys, senior and junior council – to help them run rings around the criminal justice system. If you go out and rob a bank, you can apply for legal aid. Why are they not applying for legal aid? They should get what the legal aid system gives to all the other criminals.”

BizNews readers are cheering him on, desperate to see some results. 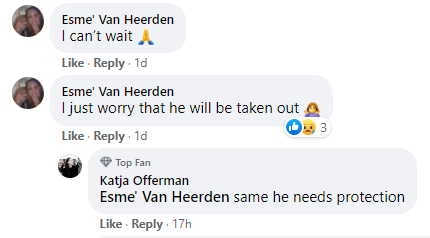 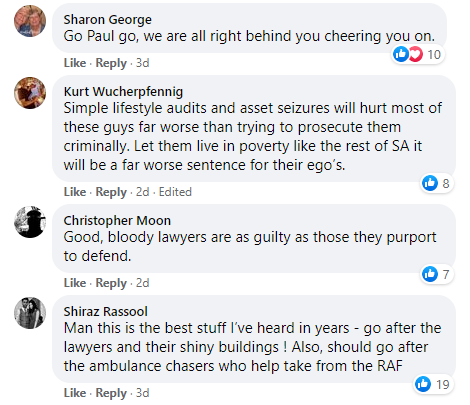 Geoff Smailes says, “Were Paul O’Sullivan head of the NPA, myeni, the jz783 family, guptas et al, would be in prison by now.”

A sceptical AE Neuman replied: “As I asked earlier, how many criminals has he put into prison? Without results he is just sprouting hot air.”

Geoff Smailes responded with, “I am not Paul O’Sullivan’s biographer or understudy, but my understanding is that he was instrumental in bringing an end to Jackie Selebi’s and Glenn Agliotti’s shenanigans. There may be more, but whatever, this is 2 more than the present-day NPA has achieved, as far as I know!” 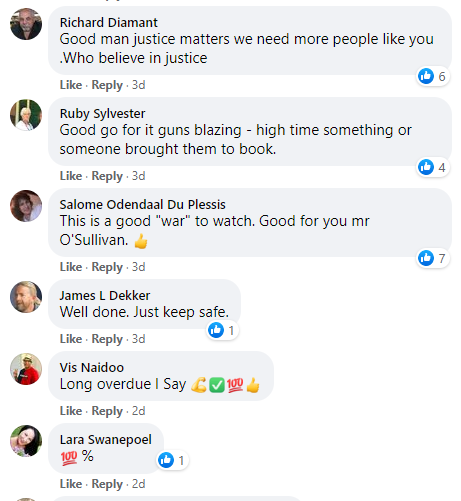 “You should be running our NPA!…your perseverance and investigative skills are unsurpassed – keep it up, Paul,” cheers George.

Chris Edwards says, “Paul you are my hero. All of South Africa is indebted to you.”

Go for it Paul.

“I have a lot of respect for Paul. Evil thrives when good people do nothing… Paul O’Sullivan is clearly the exception. We should do more to support him,” remarks Krull.

Geoff Smailes agrees. “For an ageing white male, in a racially antagonistic SA, with consequent limited influence, he has probably done more than most of us put together.” 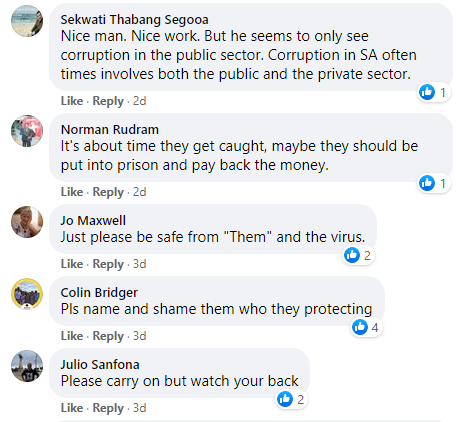 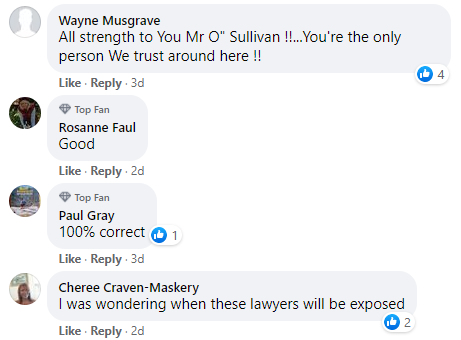 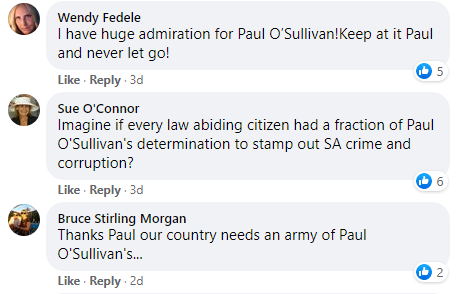 What are your thoughts on Paul O’Sullivan’s plan to take down corrupt lawyers? Share your views below.