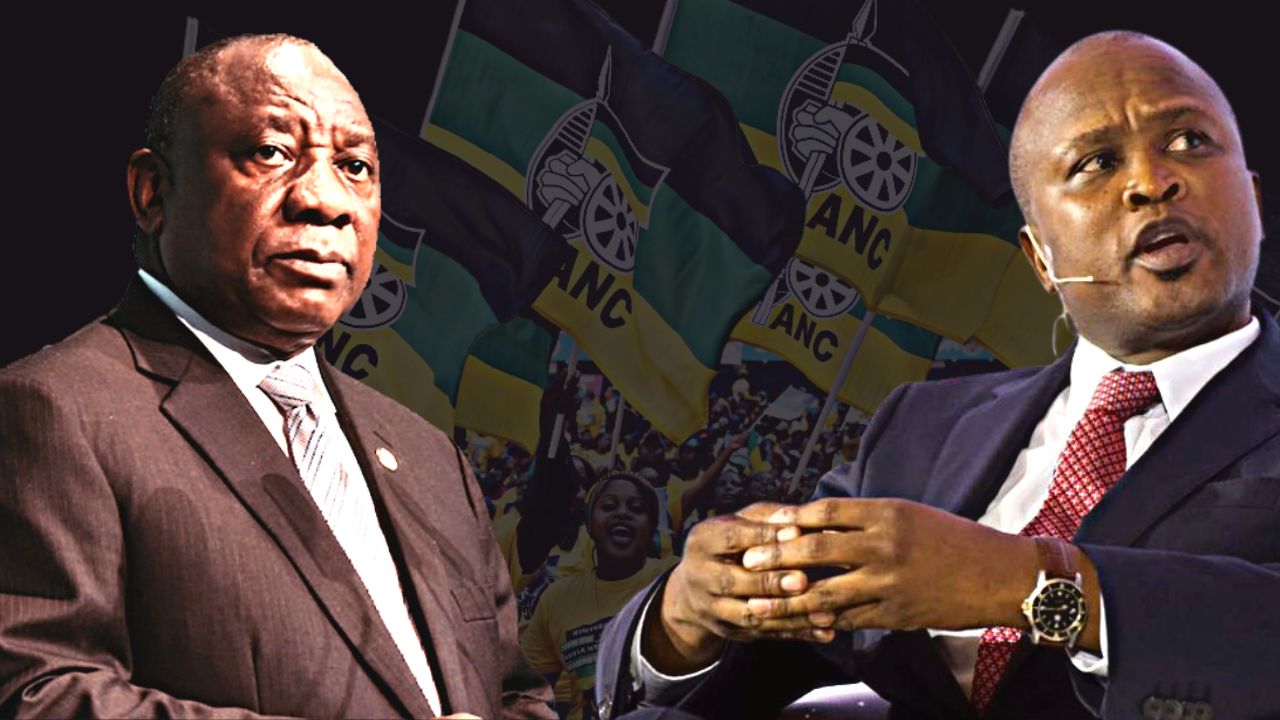 The oddly-named “Taliban” slate of the ANC in KZN emerged victorious over the so-called “Ankole” slate over the weekend. The former is aligned with the new provincial chairperson of the ANC’s biggest region, Siboniso Duma, while the latter included the now outgoing leadership headed by Sihle Zikalala (current KZN Premier) – largely aligned with party president Cyril Ramaphosa. BizNews spoke to political analyst Dr Ralph Mathekga about the precarious position Ramaphosa now finds himself in come the ANC’s December elective conference. Nine out of 11 of the party’s regions in KZN have endorsed disgraced former health minister Dr Zweli Mkhize to contest Ramaphosa for the party’s top spot. Mathekga says the biggest takeaway from this weekend’s conference is that, “there is just no compromise. The ANC will most likely look very different after President Ramaphosa. It looks quite dicey for him going into an elective conference on the back foot like this.” Also, Mathekga’s thoughts on Nhlanhla Lux’s political aspirations (although he denies having any) that seem almost inevitable as he parts ways with Operation Dudula. – Michael Appel

I think the names are quite odd, that in a democratic dispensation, a constitutional democracy where everyone is free to speak and everything, people call themselves by the name of a known terrorist movement, Taliban. It shows they are tone deaf to the reality in South Africa if they think they can just admire such kind. You ask yourself, “what are they positioning themselves to resist against or what are they going to implement?” It becomes very difficult to understand such kind of odd naming in a democracy. It borders on being offensive, actually.

[The name Ankole is] just another lack of taste, Michael. Ankole is a breed of a cow and cows are known not to think. When people are saying you’re voting cows, it just simply means you’re just being part of other people’s project. So, I don’t know if that just captures that, but it is also oddly named why people are calling themselves that. One thing I find quite worrying is why people can’t define themselves in terms of acceptable world views. When I say acceptable, I mean, if people want to be progressive, why can’t they just use plain examples to define themselves. It shows lack of imagination. It looks like any name that is quite catchy, snazzy, gets attached to these factions.

They’ve been very aggressive. The message is very clear that actually it is no longer about President Ramaphosa. I think the party’s forming beyond Ramaphosa. And the big message from this KZN provincial conference that has just taken place is that there is just no compromise. The party, the ANC, will most likely look very different after President Ramaphosa. It looks quite dicey for him going into an elective conference on the back foot like this. But it’s not unexpected. It’s not surprising. It will always shock [people] when it comes to expression, but there is no doubt it has been coming, that KZN is a big bloc that is always, always going to be a problem for President Ramaphosa because of the legacy of President Jacob Zuma there.

On the policies the ‘Taliban’ slate wants to implement

Those are ANC policies they want implemented. But at some point they are going to have to explain  to people why they want these policies implemented. You can’t just show fascination with some ideas without explaining the relevance. I mean, you need to show that you live in a real society where you’re being expected to step up to the problem and ask yourself, “How are those interventions actually going to help some of the problems that you are encountering in society now?” That is something worrying for me: there seems to be an indulgence by the ANC.

On Ramaphosa’s attendance at the conference

I think he has allowed too much speculation about his attendance without clarifying anything beforehand. That on its own is a problem. And it has always been clear that it was going to be very odd for him to explain his non-attendance there. He will have acknowledged, therefore, that he is not in charge of the party in KZN and he’s not even going to make an effort. So it’s good that he ended up going, irrespective of the booing and everything, because the booing is also a reflection of those who booed him, for that matter.

Well, it was always going there, because a type of movement like Dudula is never sustainable. He’s probably forming a party because there are already internal cracks and divisions in Dudula. So, usually such kinds of movements come up with the promise of being democratic, not interested in parties, usually saying that those who are involved in politics are not getting it. Or, subsequently, for people to then say: “Oh, it’s inevitable that we are actually going into politics.” That has always been the ultimate goal and this is just another party there because the space exists. How far they will go all depends on how they use this space – the thing with South Africa’s politics is that the bar for entry is amazingly low.