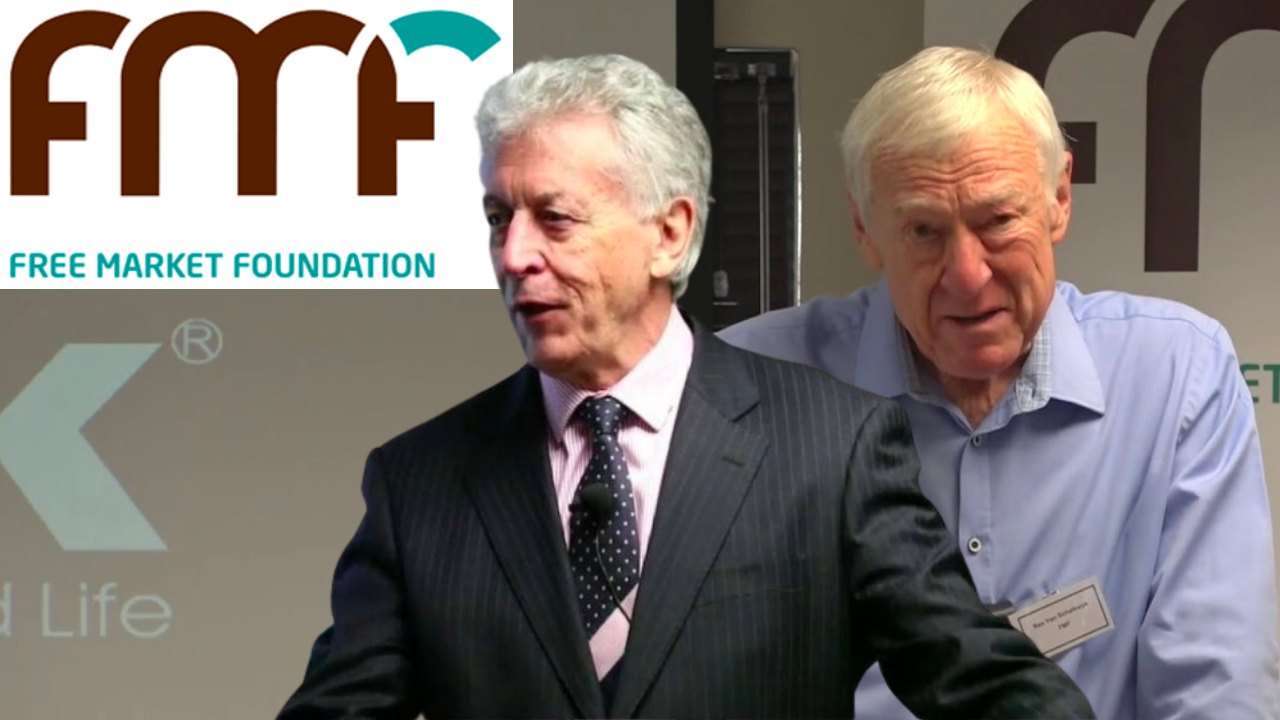 There is no affection between Free Market Foundation president Leon Louw and those who still serve the organisation. After an emotional BizNews interview where co-founder Louw called for funders to end their association with the organisaton that he calls “my life’s work”, in this podcast FMF chairman Judge Rex van Schalkwyk has exercised a bruising Right of Reply. He told Alec Hogg of Biznews that Louw has been economical with the truth, said the FMF board unanimously cut all ties with the co-founder ‘with immediate effect’ and warns Louw he will face legal action over a public call to destroy the FMF’s funding base. Van Schalkwyk does not dispute Louw’s allegation that the FMF has lost its politically neutral position, but claims there are obvious reasons why this has to be the case.

Rex Van Schalkwyk on whether the FMF is still apolitical

That question is really quite hard to answer because on the one hand, you ask whether we’ve deviated from the principle of individual liberty and the free market, which we emphatically have not done. But on the other hand, you’re asking whether we’re apolitical. Well, I don’t see how in the South African context, an NGO of the kind that we are can possibly be apolitical in the true sense of the word. There are issues that impact on the free market, upon the liberty of the individual, which are part of government policy. And we’ve been told that repeatedly, even at the time when Cyril Ramaphosa took over from his predecessor, that there was hope among some people that things would change, but in fact, they haven’t changed. And in some respects, they’ve got worse. The issue of expropriation without compensation for property, for instance, is a burning issue, and I can’t address that issue without some politicisation. It’s just not possible. Likewise, another burning issue upon which Leon himself was consulted at the Rule of Law Board and upon which he agreed, as a matter of fact, is the effect that the Legal Practice Act has upon the independence of the legal practice of the legal profession and ultimately, upon the independence of the judiciary. Now, these are critical issues of individual liberty and of freedom of the markets. And one cannot address those issues in the way in which we must address them without becoming embroiled in politics. It’s not possible.

On whether you can state facts without becoming political

Well, we do state the facts, but in stating the facts, you’re confronting the government and its policies and stating the facts on expropriation without compensation. For instance, one is bound to say this is going to be ruinous of the economy. You’re bound to say that. So there must be a comment attached to the fact. Now, as soon as you make that comment, the criticism is implicit and not possible to read that otherwise than by saying, well, listen, this person is criticising the government. But the criticism is justified in the circumstances. So the idea that we can continue to be effective as a guiding force of individual liberty and of free markets is totally illusory if we believe that we can do it without becoming embroiled in politics in South Africa. Everything in South Africa has become political. The government has made it so.

On what caused Leon Louw to resign from the FMF

I think it’s the hardest question for me to answer because I don’t know. I’ve always been an admirer of Leon. I’ve known him for four years, and we worked closely together on the Rule of Law Board. And we never had any disagreement. There were issues of debate, of course, as there always are. But there were no fundamental disagreements between us. And I can tell you that at an early stage of my chairmanship of the Free Market Foundation, he wrote me a note of which I have a copy, and in fact, he has a copy because it cropped up in the, in the recent enquiry, in the disciplinary enquiry and this is how It read: “Hi Rex. Last night I had a groot skrik. It came to me that you might resign as chairman,” and a few months later, he was asking me to resign. Now, how does one explain this contrast? Except, of course, if I had changed fundamentally as an individual. Well, I leave it to my colleagues and to the board to decide whether I’m the one who’s changed fundamentally, or whether Leon has.

We certainly haven’t seen a torrent of resignations; we’ve seen one or two belated resignations, one of which I’ve actually taken note of from an individual who calls himself a supporter of Leon. Well, it doesn’t surprise me that such people who categorise themselves in that way would resign and want to resign. There are very few of them, but if Leon has his way and manages somehow or other to halt the funding of the Free Market Foundation, well, then the foundation will come to an end. But we will not allow that to happen, we will take whatever the necessary steps to prevent that. And Leon must be aware as a lawyer that the threat being uttered is in fact an unlawful one.