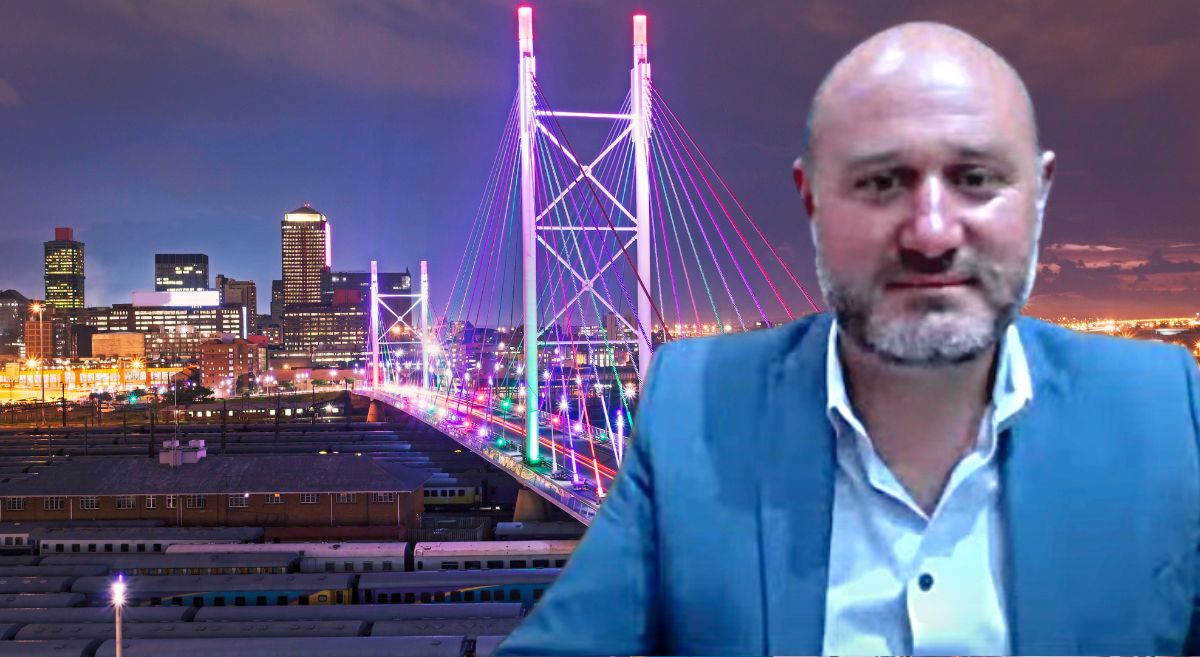 For someone who slept less than two hours last night, new Nelson Mandela Bay executive mayor Retief Odendaal was surprisingly chipper in this interview, one of the first interviews from his new office. After a fractious council meeting that ended at 3:30am this morning, he was confirmed as the leader of a 10-party coalition that put their city ahead of egos and ejected a disastrous ANC/EFF combine which has driven the metro beyond the point of disaster. In this interview with Alec Hogg of BizNews, the DA’s newest mayor explains what happened in NMB, what lies ahead – and what he will be doing to ensure the fragile coalition doesn’t collapse like the previous DA-led one did in 2018. Odendaal’s group carries a huge responsibility – what happens in NMB will be closely monitored as a test case on whether coalition government is a workable option after the 2024 national election.

Excerpts from the interview with Retief Odendaal

Well, personally, it’s been quite a long time coming. I was also the campaign manager for the DA in the run-up to 2021. And so I was actively involved in the campaign. But I have been the mayoral candidate here for the past two months, and we’ve been trying to get this coalition together. There were a lot of difficult discussions, but at the end of the day we got it together.

On the coalition’s formation

The last three coalition partners were Good, the Northern Alliance and the DOP. It’s a 10-party coalition, so forgive me for forgetting the last three partners. So, yes, it was quite complicated to try and put this together. At first there was a minority coalition that we put together and that would have given us 56 seats. We then saw that that wasn’t going to crack it. [That] we wouldn’t be able to take over government and we needed to speak to some more coalition partners. And then we started these further negotiations and in the end, we put together a coalition government which is a multi-party, majority coalition of 62 members.

On making the coalition work

Well, I think that’s the most pertinent question. It is not going to be easy. And anybody that thinks it is going to be easy will be mistaken. But I do think that there is something bigger at play here. Let’s just be mindful of the fact that in 2024, at a national level, I think there’s an expectation, a legitimate expectation that the ANC is likely to get less than 50% of the vote. And in order for political parties to prove that there’s an alternative to the ANC, they must be able to prove to the voting public and to South Africans that opposition political parties can actually work together in viable coalitions that can deliver services.

And I think all of us are mindful of the fact that we need to be able to make these coalitions work, because otherwise voters won’t trust opposition parties and won’t trust coalitions as an alternative to an ANC that is portrayed as dysfunctional and corrupt. And against that backdrop. I believe our coalition partners and ourselves realise that there’s a lot at stake here and that we need to prove that we are able to put aside petty differences for the greater good in order to bring some stability to council.

On the water crisis in Nelson Mandela Bay

Nelson Mandela Bay is in the midst of an eight year drought. It’s really a very serious drought. And although it is a natural phenomenon, we get cyclical droughts every couple of years, I consider it a man-made crisis. It’s a man-made crisis because we are still losing about 40% of all the water that comes into the city. 40% of our bulk water is lost due to leaks and water pipe bursts. And I want to make the comparison: when Cape Town had the severe drought in 2018, they managed to get their real water losses down to 15%. Ours is at 40%. Clearly unsustainable. So, you can’t say that it is just a drought affecting us. It is really the inability of the administration to deal with these types of issues.