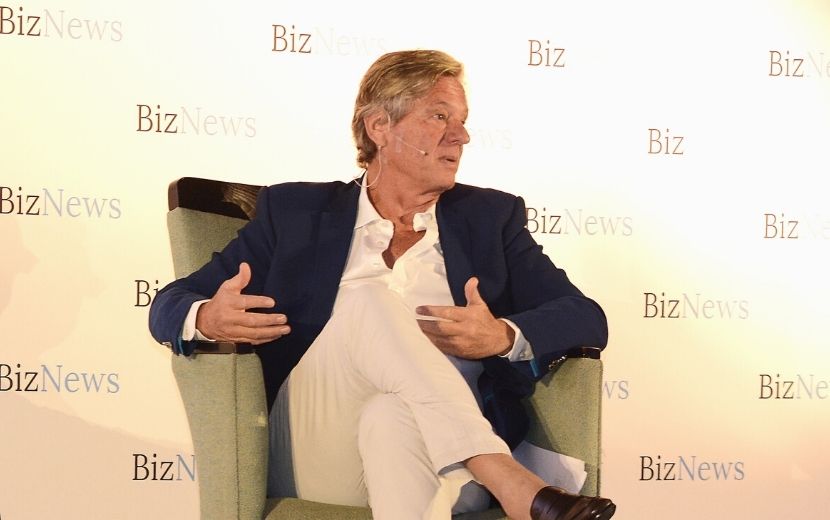 After his controversial speech at BNC#4, Rob Hersov answers questions from BizNews founder Alec Hogg and members of the BizNews community.

Rob Hersov on how long South Africa’s turnaround could take

On Frans Cronje’s research and predictions for the future

Frans Cronje has done some superb research. He’s been profiled extremely well, he’s come out with some very interesting research, but, by the way, I think BizNews is being a bit too optimistic, too early. We’ve got a lot of hell to go through before we can get to that optimism. But Cronje has done a lot of deep research in Soweto, ward 54. His deep interviews with ANC voters and people who didn’t vote. And some extraordinary stuff’s come out. The one that blows me away most of all. And it’s one issue where Helen Zille, who I admire very much, was wrong. She said there could be an alliance, a coalition between the DA or the opposition for the good of the ANC. I’ve always said there is no good in the ANC, but Omry Makgoale has persuaded me there is, so not sure who they are, but his research has shown that it is possible. And here are the numbers. Around 50% of ANC voters, 50% of ANC voters – would support a coalition between the ANC and the DA. If the ANC compromised on BEE: get rid of it, EWC never mentioned again. Deregulate. Get rid of red tape and get rid of the policies that are holding our country back. They would support a coalition where the DA would be brought in to govern the country because only the DA really know how to govern. The ANC doesn’t. But the ANC would sort of keep the DA fair. Almost 50% of ANC voters would support that.

So my high road is the DA gets 30%, ActionSA gets 15%, Patriotic Alliance gets 10%, VF Plus, Inkatha and the others get another five. We’re at 58, 60% of the country and the coalition boots the ANC out in toto, takes control of the country and fixes it. It’s going to be heavy lifting to fix it because the ANC are going to play the usual games, as Chris Pappas describes, of disrupting things. I mean, whether we get a free and fair election is in doubt in my mind. These are criminals. The ANC is composed of gangsters.

The low road is the ANC gets 51% and half this room emigrates to Australia, New Zealand and the UK.

Well, I don’t know how Paul can say that because the record of the ANC just goes against everything he’s saying. You’ve got the guys who are already stealing. Why would you want them back in? Now, I understand what he’s trying to say, and it’s a frustration for the DA, ActionSA and others who might get 49% of some municipality and then they have to team up with some pop-up party somewhere. Who gets way more than they deserve to deliver their three, four or 5% to give a majority. That’s why I said, everyone, let’s not vote for pop-up parties anymore. Let’s just back the DA and knock the ANC out of business or back the DA. and ActionSA and the three or four other names I’ve given you and forget the rest and knock the ANC out. That’s what I think we should do. But I think Paul’s wrong.

Open your minds, folks. This is a man who grew up in abject poverty. He’s a coloured. If you want to use racial terms, he is the pain and empathy of black. In his blood. He has the pain and empathy of white in his blood. He is the true South African. He is a coloured. He made bad choices when he was young, became a bank robber, was caught, convicted, went to jail, served his time, released on good behaviour. In fact, his behaviour in prison got him an early release and he reformed the prison system. Read his book. He stands by what he says. He took the job of the mayor of Central Karoo with no salary, no guards, no drivers, no perks. He made promises about what he’d do in 100 days, and he delivered. He is a turnaround man. He is the man you should consider as a potential president of our country. And I know your heads are spinning right now, and you may think it’s controversial, but there are many very good potential presidents of our country, some of whom are in this room. But why not Gayton Mckenzie?