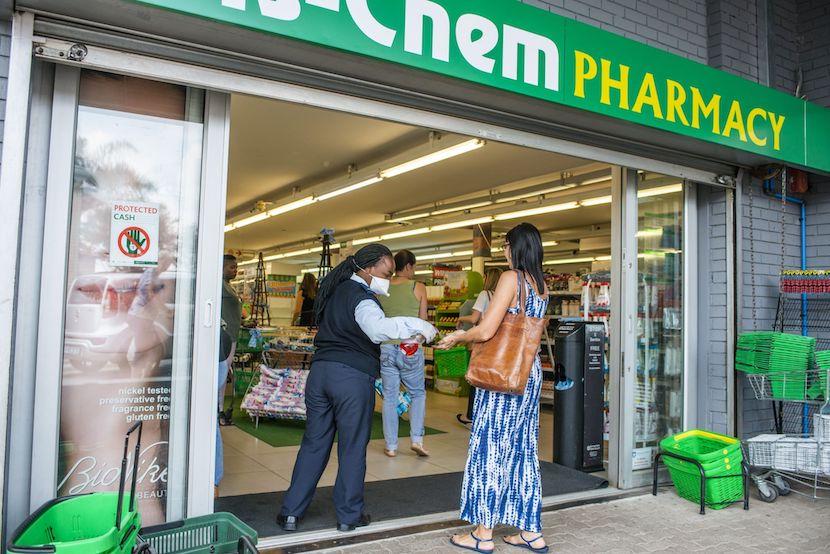 The Institute of Race Relations and the DA, among others, have taken aim at Dis-Chem’s recent circular effectively barring any white person from ascending the ranks or being hired in future. The letter penned in the name of Ivan Saltzman, dated 19 September, states: “So, when no suitable black candidate is found, and a white is appointed, we need several blacks just to maintain the status quo, never mind moving forward.” Dis-Chem is now in the crosshairs of many organisations, queuing to take it to court over the matter. ActionSA leader Herman Mashaba weighed in saying, “As far as I am concerned, that letter by the CEO of Dis-Chem was racial and divisive. Racial quotas contributed to our current economic woes. Hire South Africans on merit, and focus on investment in training where you experience weaknesses.” But IRR’s Gabriel Crouse writes below that the main culprit is, in fact, not Dis-Chem but the government department waiting in the wings to penalise it with a crippling fine. The DA similarly believes: “The Employment Equity Amendment Bill is ripe for a constitutional challenge.” The legislation – pushed through parliament – is currently on the desk of President Cyril Ramaphosa awaiting his John Hancock. Dis-Chem’s actions are seemingly in anticipation of the punitive measures that await companies once that legislation comes into effect, whenever that may be. It is chaos out there. According to social media, some outraged customers have opted to destroy their loyalty cards. There’s more to come on this story, for sure; not only in terms of how it relates to Dis-Chem, but more broadly for companies. Since publication Dis-Chem has retracted the memo.– Michael Appel

According to an internal letter that was leaked and verified last week, Dis-Chem CEO Ivan Saltzman demanded a “moratorium” on “the appointment of white individuals”. Saltzman added that these “harsh measures” were necessary to avoid a potential fine of 10% of turnover, which would roughly be R2bn.

Since March, when the IRR launched its campaign to “Stop New Nationwide Race Quotas”, it warned that employment policies like Dis-Chem’s “moratorium” would become institutionalised if Minister of Employment and Labour Thulas Nxesi gets his way.

In July 2021 Nxesi called for “more aggressive” race-laws while tabling the Employment Equity Amendment Bill (EEB), which aims to allow him to set hard race quotas, under the guise of “targets”, by region, sector, sub-sector and occupational level. If implemented, the EEB would allow Nxesi to practically set the race quota for Dis-Chem’s middle management in the North West province, for example, so long as the same quota also applies to Clicks.

President Cyril Ramaphosa should heed the call of thousands who signed the IRR’s petition to effectively veto the EEB due to its unconstitutionality, but he could sign it into law any day. In the meantime, Nxesi has pursued “more aggressive” BEE by ramping up “Employment Equity” audits, reported to have increased by 60% in April, and consequent fines. Since 2013 the maximum fine set for violating the government’s Employment Equity rules was set at 10%.

The IRR specifically warned that Minister Nxesi aims to force public sector race quotas into the private sector. According to the principle established in the case of police officer Renate Barnard – that not promoting her to the position of superintendent on the grounds of her race constituted fair discrimination in terms of section 9 of the Constitution and section 6 of the Employment Equity Act – it may be legal to block a person from appointment or promotion exclusively because of their race, in the public sector. Specifically the “Barnard principle” holds that “harm” done to individuals who are barred from employment or promotion exclusively based on race is legally acceptable.

The Barnard principle has been explicitly used against white and coloured people, but could be used against anyone. Public sector underperformance indicates that putting race over merit disincentivises delivery, ricocheting harm from those barred by race to those who depend on service delivery across the country. This has harmed the poorest and the unemployed most harshly.

Said IRR Head of Campaigns Gabriel Crouse: “Understand the legal context in order to understand what needs to be tackled. Dis-Chem’s racist hiring policy is just a fraction of the problem. The big problem here is that the government is making ‘more aggressive’ race laws. The solution is to fight those laws, as the IRR’s supporters do, not to bend the knee to race-law. Dis-Chem needs to stand up and become part of the solution.”

In 2020 the IRR commissioned an independent expert to conduct a nationwide, demographically representative, statistically significant survey of South Africans’ divergent opinions. Almost 15% of white respondents supported a Dis-Chem-style policy of hiring “only blacks”.

By contrast 80% of black respondents preferred “appointment on merit”. At least 80% of respondents within each race group preferred the merit principle, a ratio which climbs even higher when people are asked about highly visible roles like national sports teams and highly significant roles like teaching one’s children.

Dis-Chem’s policy fits Nxesi’s design perfectly, but it is unconstitutional, undignified, and unwise. Boycotting Dis-Chem is unlikely to help a company that already has reasonable fears for its financial future as a result of Nxesi’s looming aggression.

Members of the public are encouraged to sign this petition calling on Dis-Chem to abandon the Barnard principle and replace it with the merit principle instead. It is the South African thing to do.

Dischem should fight the crocodile, not feed it – Michael Cardo

The craven and desperate letter penned by Dis-Chem CEO, Ivan Saltzman, in which he calls for a moratorium on the appointment of whites in his company, underscores the panic engendered by pending changes to employment equity (EE) legislation.

The Employment Equity Amendment Bill, which the DA opposed in Parliament and which now sits on the President’s desk awaiting his signature, is a damaging and destructive exercise in social engineering. It is a job-destroying jackhammer, and it will worsen South Africa’s economic woes.

Critically, the bill empowers the Minster of Employment and Labour to set numerical EE targets for any national economic sector after a vaguely defined process of consultation with the relevant sectors.

The Minister will be able to set targets for different occupational levels, sub-sectors or regions, backed by hefty fines for non-compliance. The bill facilitates the reintroduction of race quotas by another name. Inevitably, the new EE regime will deter investors, undermine economic growth and jeopardise jobs at a time when many businesses are on their knees.

It is against this backdrop that Saltzman’s letter must be understood. Businesses are in a tailspin at the thought of sacrificing 10% of their turnover on the altar of the ANC’s racial madness. Fines of this magnitude would bankrupt many firms.

Instead of kowtowing to the ANC’s diktats, business leaders should locate their backbone and begin to fight back, in the same way that CEOs and chairmen of listed companies defied influx control and job reservation in the 1970s and 1980s.

The Employment Equity Amendment Bill is ripe for a constitutional challenge. Saltzman and his peers should take the fight to the government rather than meekly acquiesce in the Department of Employment and Labour’s Verwoerdian fantasies.

Solidarity welcomed the announcement that Dis-Chem’s offensive memorandum prohibiting the appointment and promotion of white people has been withdrawn. Solidarity does, however say that they will ensure that it is not only the memo that is retracted, but the policy as a whole.

This comes after Solidarity served a lawyer’s letter on Dis-Chem earlier today. In it, Solidarity gave Dis-Chem until Friday to withdraw the moratorium placed on white people. If not withdrawn, Solidarity would continue with its legal action. According to Solidarity, Dis-Chem’s ban on the appointment and promotion of white people is in contravention of the Employment Equity Act.

“We welcome the fact that the memorandum has been withdrawn, but it is a pity that that such a memorandum existed at all. We will, however, make sure that it is not only the memorandum that will be withdrawn but also the policy. If Dis-Chem continues with the policy of placing a moratorium on the appointment of white people we will continue to take legal action,” Solidarity Chief Executive Dr Dirk Hermann said.